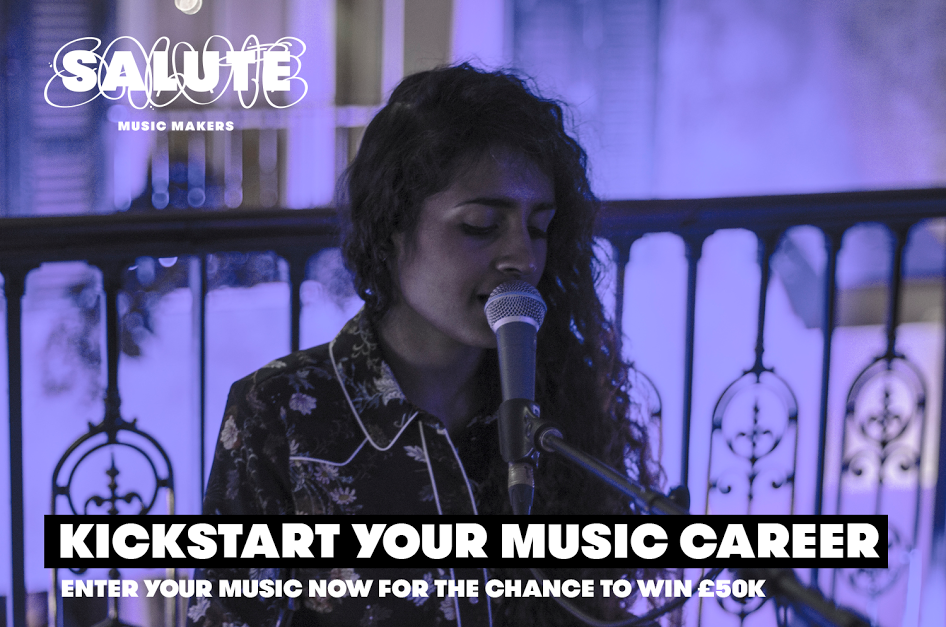 A revolutionary new competition known as ‘Salute Music Makers’ has been launched that hopes to launch the career of original British artists.

Undoubtedly the world’s biggest prize ever offered to artists creating their own material, the newly announced venture will award its eventual victor with a whopping £50,000 in order to firmly kickstart their career.

Open to all UK residents over the age of 16, the new initiative is a welcome alternative to shows such as The X Factor and will encompass all genres in the nation’s ever-diversifying musical spectrum.

The entry process is simple, with participants required to upload a track via an app before it is then given to the Salute team and a panel of curators to whittle entries down to a top 100.

Once they’ve been narrowed down, the top 100 will be put to a public vote before a top six emerges. Each of those that are selected will receive £10,000 and will then be through to the Salutes Finals TV show. At this juncture, contestants will be given a different theme each week and tasked with creating original material to be performed live alongside a team of renowned industry professionals. At the end of this process, a winner will be awarded the Salute Music Makers title and provided with a further £40,000.

Among the pioneers behind this new venture, The Undertones’ frontman Feargal Sharkey has stated that:
“British music can justifiably claim to conquer the world but that incredible success is built upon one thing, talent. In an age of television static and bewildering musical consumer choice, it is now more important than ever that we give the right, focused support and opportunity to the next generation of great British talent. Salute is set to make that happen.”

The competition is open now and can be applied for via Salute’s official site and the listening phase of the process will begin on the 19th June.

Find out more via the video below:

Young Fathers to reissue 'Tape One' and 'Tape Two'