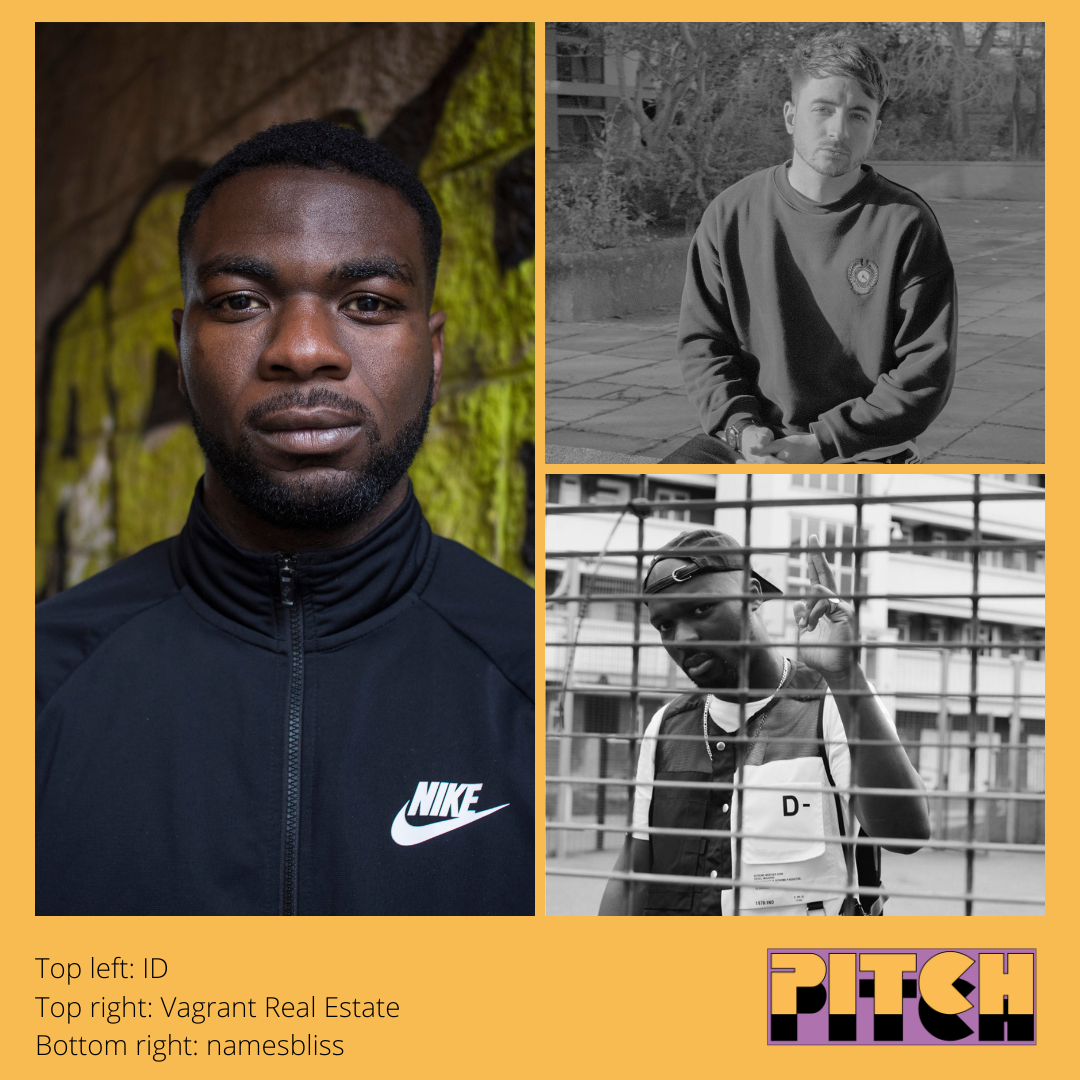 PITCH have announced the acts selected to appear at their showcase on Saturday 27th August 2022. ID and Vagrant Real Estate & Namesbliss will perform at the debut edition of the multi-venue conference of hip hop and underground culture in Glasgow.

A versatile vocalist, ID is fresh from performances at Riverside Festival and TRNSMT as a special guest of Bemz – and is known for tracks such as ‘YEN’ and ‘My Life, Pt 1’, part of the Born Running project ID recorded at Glasgow’s 644 Studios.

Acclaimed for his deft beats and melodic ear, Aberdeen producer/DJ Vagrant Real Estate has recently produced for the likes of Illinois artist GATSON, Scots McRoy and Bemz as well as being named one of BBC Radio Scotland’s Artists to Watch. Having hooked up with Namesbliss, the grime artist/DJ who sold out Peckham Audio with his debut headline show, the pair’s tracks together meld chilled vibes with encouraging lyrics that often run counter to preconceptions of the genre, with their latest, ‘Rubicon Lychee’ being playlisted by Adidas London and gaining over 250k Spotify streams.

ID and Vagrant Real Estate & Namesbliss, like the other four showcase acts, will receive a £500 creative development grant from Pitch, supported by new talent funders the PRS Foundation, and an invitation to a post-conference information session on further developing their careers.

The showcase will be a celebratory climax to Pitch Scotland’s all-day programme of live performances, exclusive presentations, panel discussions and workshops offering expert advice on a range of topics from beat-making and navigating funding to setting up your own music business and learning strategies for success.

Conference-goers can pitch themselves to the music industry via one-to-one slots at Many Studios with figures such as Caroline Sewell of the Musicians Union and Keith Millar and David Culbert of independent charity Help Musicians.

Further networking opportunities are offered at BAaD (Barras Art and Design) in a reception and open mic hosted by hip hop platform Up2Stndrd and at Pitch360, a programme for 16 to 21-year-olds at community arts hub The Space, where attendees can watch renowned Glasgow street artist Rogue One create a new mural.

Trade stands from organisations, such as mentoring scheme Music Plus and Creative Scotland , will be accessible throughout the day at Saint Lukes, which also hosts a live dance performance by THREE60, a K4cie DJ set and a screening of videos by hip hop artists from Scotland.

Limited tickets and the full programme for Pitch Scotland is available via www.pitchscotland.com