THE SAY Award have tonight revealed the ten albums on this year’s shortlist, including Declan Welsh & The Decadent West, The Ninth Wave and more.

Following a 72 hour public vote, and deliberation from an esteemed judging panel, the highly-anticipated shortlist is as follows…

This year’s shortlist, which includes a record breaking eight debut albums, continued to celebrate the variety and diversity at the heart of Scotland’s thriving music scene. This year, music fans were asked to ‘have their SAY’ in a public vote to decide one of the 10 places on the shortlist, with Callum Easter’s ‘Here or Nowhere’ grabbing the top spot. Each shortlisted artists are guaranteed a minimum prize of £1,000 and will receive an exclusively-designed art prize, created by the Say Award Design Commission. 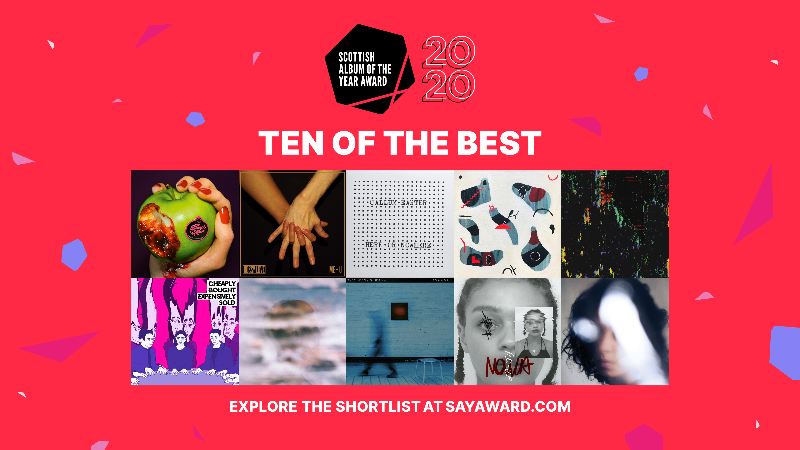 Speaking about the award, and the current political climate surrounding the music industry amidst the COVID-10 crisis, General Manager of the Scottish Music Industry Association, Robert Kilpatrick said, “This year’s Shortlist is an emotive list of records which shows strength, ambition and confidence in the last year of Scotland’s recorded output. It presents a strong sense of Scotland’s diverse cultural identity, particularly from a wave of new artists, with an incredible eight debut albums making up the Shortlist of ten; a first in the history of the award. This year’s Shortlist poignantly showcases a future vision of Scottish music – of Scotland’s music industry – one which urgently needs targeted, sector-specific Government support to wave the continued storms of the COVID-19 crisis and to allow a vital industry on its knees to survive. Music adds key economic, social and cultural benefits to our society and to each of our lives. It plays a fundamental role in driving tourism through our events and festivals, having generated £494 million for Scotland’s economy in 2018. But most importantly, our musical output helps us connect with both ourselves and each other. It provides us with emotional and mental well-being, and it often reflects the stories of our lives and the stories of our communities. All of this is currently at risk, and while the Scottish Government through Creative Scotland have provided some emergency funding for venues and hardship funding for artists, without further targeted support, our sector faces a severe and catastrophic loss of jobs and skills which would do long-term damage to music and culture for decades to come. As we announce this year’s SAY Award Shortlist, it also comes with a message that celebrating and championing our music and culture is more important now than ever. The strength of the albums on this year’s Shortlist gives a compelling reason for all of us to do so, not least due to the fact that it highlights the quality and strength of new Scottish talent, and how much that needs to be supported at this fundamental time. The SAY Award will now work to connect these albums with more people both within and outwith Scotland over the coming weeks, before announcing this year’s winner on Thursday 29th October. A huge congratulations to each of this year’s Shortlisted albums. These are 10 genuinely outstanding Scottish records, and we implore you to listen to them.”

The winner of The SAY Award will be announced on Thursday 29th October, with this year’s ceremony pivoting to become an online event, broadcast on YouTube. One artist and their album will be crowned the Scottish Album of the Year, in turn collecting one of the most lucrative prize funds in the UK: £20,000.

Find out more about The SAY Award here.