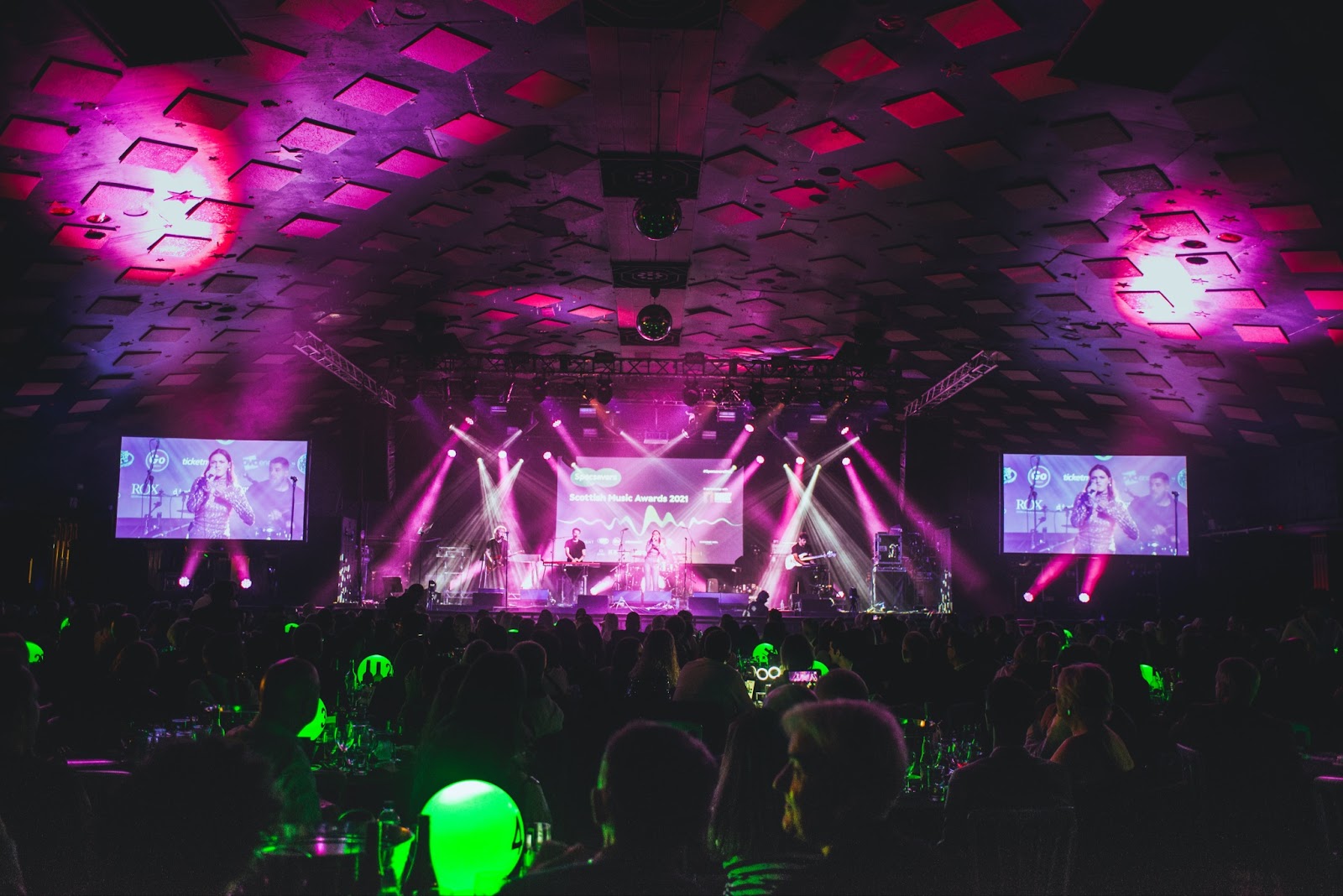 ONE of the most celebrated nights in the Scottish events calendar is back, as Specsavers and music therapy charity Nordoff Robbins announce this year’s Specsavers Scottish Music Awards. Returning for a second year to the iconic Barrowland Ballroom, on Saturday 5th November 2022, the 24th edition of the awards will see performances from The View, Altered Images and Dylan John Thomas, and will be hosted by award-winning broadcaster and presenter, Edith Bowman. The flagship fundraiser for Nordoff Robbins will bring together some of the biggest and best names in Scottish music for a night of unforgettable glamour in Scotland’s music capital.

With more acts to be announced over the coming weeks, tickets are available to purchase via Simon Foy at simon.foy@nordoff-robbins.org.uk.

Sandra Schembri, CEO, Nordoff Robbins, said:“At Nordoff Robbins, we passionately believe in using the power of music to help people from all walks of life connect and communicate. We’re incredibly grateful to the Scottish music industry for its continued support of our cause through the annual Scottish Music Awards, with all funds raised going directly towards providing vital music therapy to those in need. We also thank all of the sponsors – including headline partner Specsavers – for their support, and look forward to celebrating the vastly talented and vibrant Scottish music scene on the night itself.”

Returning once again to the host the evening, Edith Bowman said: “I cannot wait for this year’s Specsavers Scottish Music Awards after the amazing event at the Barrowland Ballroom last November.

It has been another incredible year for Scottish music, and I’m looking forward to hosting some of our top talent and fans, whilst raising money for Nordoff Robbins, supporting them to deliver their remarkable services to those in need.

Scotland’s music scene is so unique and special, and the Barrowlands really captures that spirit, not to mention the epic live performances that the Scottish Music Awards guarantees.”

Last year, £180,000 of vital funds were raised from the evening, ensuring Nordoff Robbins could continue to provide music therapists and sessions to those who need them most.

This year’s return to the Barrowland Ballroom will see an all-new lineup of established and emerging Scottish talent, with an incredible selection of all-new music.

The first nominees and performers to be revealed include:

Clare Grogan, Altered Images said “I adore still being part of the Scottish music scene and I often say that music is my kind of therapy, it’s got me through a lot in life. Getting to release my first new music this year in quite some time has been an incredible experience. The response has been overwhelming and this award is the icing on the cake! But I’m nowhere near finished yet. It’s who I am. I love being part of this community and the love I get from it. In the words of Sister Sledge, ‘We Are Family!’”

Dylan John Thomas said “Cheers Scottish Music Awards for the nomination for the Breakthrough Artist award. Looking forward to playing a couple of tunes on the night. Wit a buzz to be back in the Barras.”

Kyle Falconer, The View said “We’re honoured to be receiving the special recognition award this year after a short break for the band. Absolutely buzzing to be back in the mix.”

80s post-punk band Altered Images have recently reformed, releasing their first album in over 38 years, ‘Mascara Streakz’, last month. Specsavers Scottish Music Awards guests will be among the first to experience their brand new live performance, fronted by industry icon Clare Grogan in her hometown. Rising star Dylan John Thomas joins us after an incredible year, not only selling out the Barrowlands but also making his Glastonbury debut. His self-titled new release ‘Dylan John Thomas – EP2’ has just hit the shelves and fans can catch him on a UK tour later this year. After a five-year hiatus, the Specsavers Scottish Music Awards are delighted to welcome Dundee rockers The View to the stage. Ahead of four headline shows at the O2 Academy Glasgow in December, guests will get a sneak peek at this highly anticipated comeback!