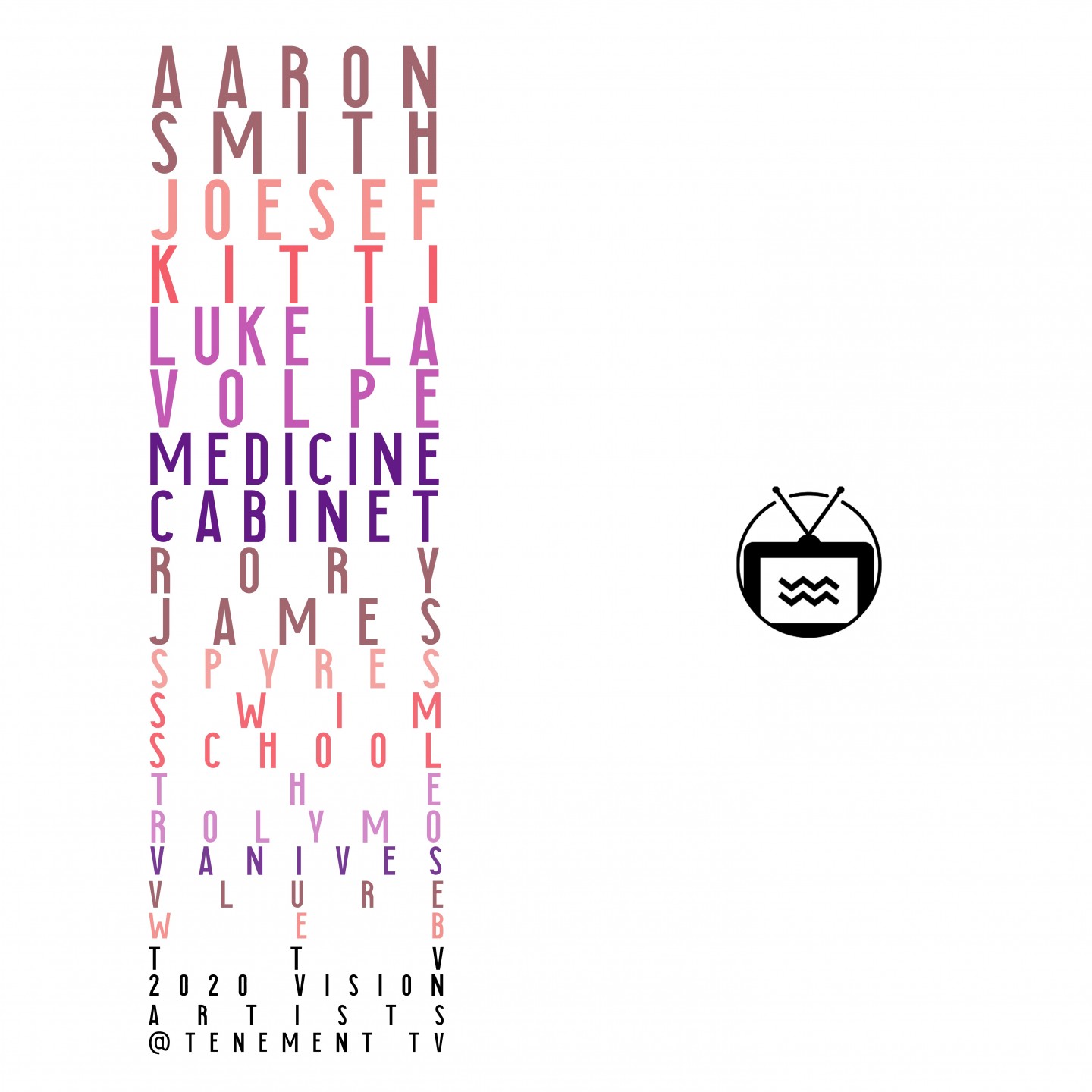 We’re delighted to pledge our dedicated and passionate support to these artists, after what has been a truly magnificent 12 months for each artist in their own wonderful way. From Joesef popping up out of nowhere and developing UK-wide support, to bands like Medicine Cabinet who were discovered by their management team at a gig they were playing with the intoxicating live act Vlure. Aaron Smith showcased what he has to offer this year with the perfect track ‘Unspoken’, which made it’s way to our hearts and racked up over 7 million streams on Spotify. Then there’s the heroic Kitti who is more than her media reviews of ‘Glasgow’s answer to Amy Winehouse’ which was proven with every note she sang during her performance at TT19.

The return of Kieren Webster to the studio caused a stir at TENEMENT TRAIL this year with WEB – the new solo project of The View legend that has become music to the ears of ex fans and new ones too. Swim School are flying the flag for Edinburgh’s rocketing indie scene bringing melodic and hypnotic tunes made for the big stages. VanIves continue to go from strength to strength, creating beautiful music and encapsulating the soundscape with ease.  Rory James will unleash his special craft to the masses in 2020 and following a huge showing at St Luke’s during TENEMENT TRAIL – we are buzzing to be there to support James from the start. Luke La Volpe had a huge show supporting Lewis Capaldi at Summer Sessions in the summer and his new material due to be released in 2020 is going to blow the industry’s socks off. Check out his Scottish tour news here. Then there’s The Roly Mo, a band who have done nothing but impress us this whole year, from their Radio 1 airplay to their huge live performance with The Dunts last weekend, we’re more than a little excited about this band.  Still in school but creating their own path in the scene, Spyres are well and truly set to tear it up next year.

Aaron Smith said: “Cheers to Tenement TV for including me in their 2020 vision artists – means a lot to be placed next to the other amazing artists on this list. Have had a class time putting my first EP out this year so really looking forward to getting stuck in next year with live shows and getting more music out!”

Joesef said: “Cheers to TTV for being so sound from the very beginning and adding me as a 2020 Vision artist. It’s class being recognised this early in my career – love yous.”

Kitti said: “I can’t contain my excitement for this coming year. I don’t think i’ve ever felt so sanguine about putting out new music! These new releases are set to show off this new found sound that i’ve discovered and mastered over the past year, and i’m hopeful that they’ll be received with gratification! I’ve got lots on my to do list and I’m going to be a busy bee! A massive thank you is due to Tenement TV for giving me a chance to appear on their wonderful platform and for having me play one of my favourite shows of the year at Tenement Trail! That show was definitely one of my highlights this year! “

Luke La Volpe said: “It feels great to be chosen by TTV as one of the TTV 2020 Vision artists. I’ve been a fan of the site for a few years now and found a lot of great artists on there, so it’s a real buzz to be one of those acts, knowing what some of them have gone on to achieve. I’ve got big plans for 2020 so to kick it off with the support of TTV is the best start I could’ve hoped for.”

Medicine Cabinet said: “A huge thanks to Tenement TV for including us in Visions of 2020 this year! We’re already our favourite band and can’t wait to be yours ;).”

Rory James said: “Massive thanks to tenement tv for including me in visions for 2020, can’t wait to share what I’ve been working on this year with you all. Keep an eye out.”

Spyres said: “It’s quite a monumental thing for Glasgow scene bands to do and for us to do it so early in our career as a band is incredible. We can’t thank TTV enough for all the support they give us.”

Swim School said: “Tenement TV have been extremely supportive of us right from the start which we’re very grateful for. We’re buzzing to be working with them as part of their 2020 vision and excited to see what the year will bring for us.”

The Roly Mo said: “We are buzzing that TTV have taken us under their wing for 2020. TTV is a special institution for young Scottish musicians and we’ve admired their work for a long time. It’s given us the opportunity to find bands like Rascalton and The Dunts who are huge inspiration and as well as the chance to get out on the road with bands like Baby Strange.”

VanIves’ Stuart Ramage: “We are absolutely thrilled to have been selected as Tenement TV’s 2020 Vision. When we played our first ever show together TTV were there and reviewed it, and then invited us to play their showcase in London and Brighton. It was the first time we’d played away from Scotland. They’ve supported us from the offset and we really appreciate the platform they’ve given us ”

Roam Ballantine from VanIves said: “One of the best shows we’ve ever played was at Saint Luke’s for Tenement Trail. It was mad to have so many people turn up to watch us and to be given that platform. We did a live session in the lead up to that too and it’s one of my favourite things we’ve done as a band!“

Vlure said: “Our extended gratitude to Tenement TV for having us as one of their 2020 Vision artists. What they do for the Scottish music scene is so important. We look forward to showing the world what we’re all about this year. Much love.”

"One of Scotland's most exciting new bands." TENEMENT TV"Laser focused, it's an impressively bold statement of intent from a band set to take off in 2020.” Even The Stars"A bit special, it is one that makes you tingle with excitement and gives you goosebumps on first hearing and watching." Little Indie BlogsThank you again to DJ John Kennedy, Radio X & Fred Perry for the support on our live session. Join us for the real thing. Tickets for the following below. Everyone is welcome. 🌹Glasgow – bit.ly/33f3naPEdinburgh – bit.ly/2Q3RaS7

WEB said: “We are extremely buzzing to be included in TTV’s 2020 vision list. We’ve already had some huge highlights in 2019 from TENEMENT TRAIL with queues down the street to get in and watch us, to supporting The Libertines at The Caird Hall. We cannot wait to release music and play more live shows in 2020!”