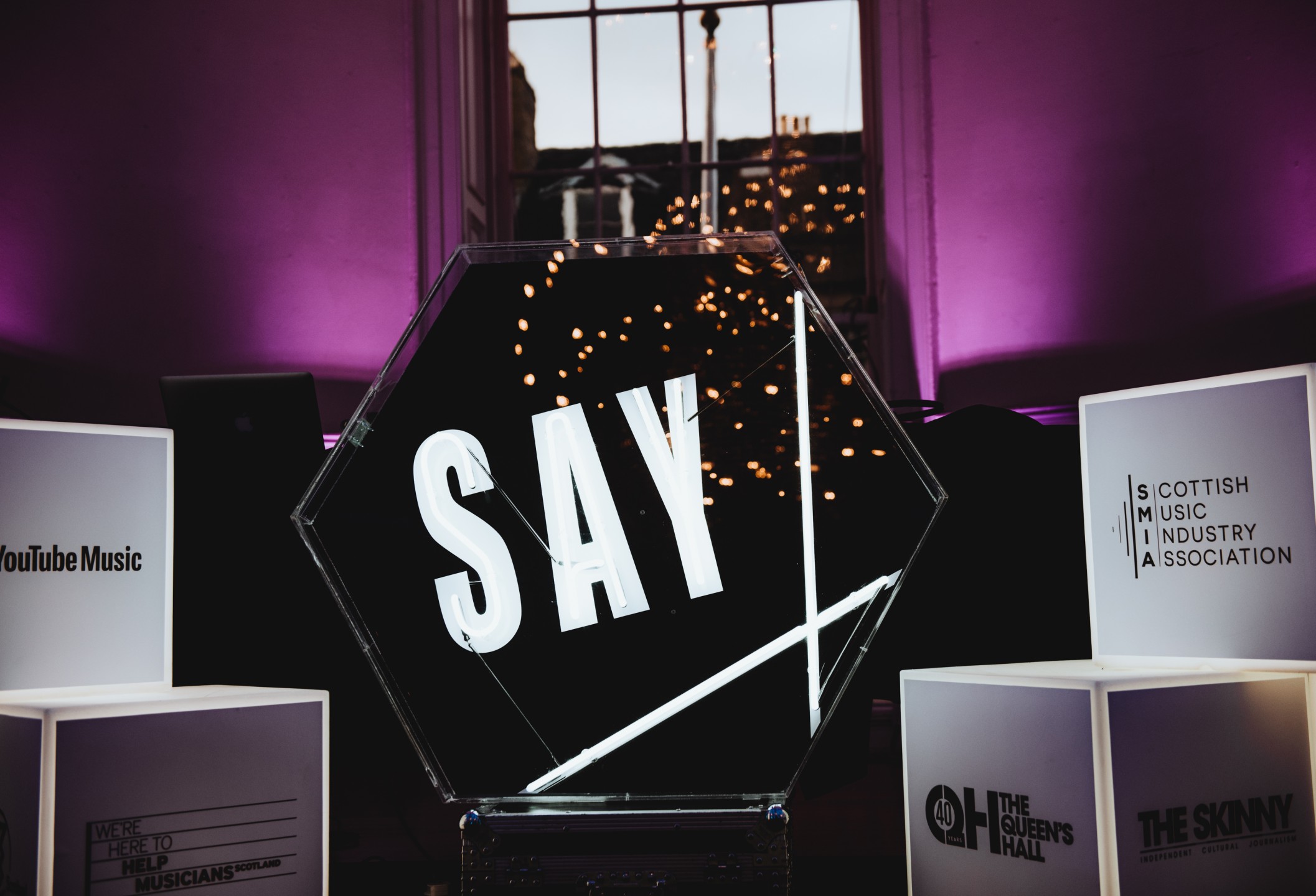 THE Scottish Album of the Year (SAY) Award is today delighted to reveal 2021’s Shortlist, plus the winner of the inaugural Modern Scottish Classic Award, as voted by 2021’s Longlist.

The highly-anticipated Shortlist celebrates the country’s most outstanding albums and the incredible network of people who created them. From 327 eligible albums submissions, to a Longlist of 20 records, these final ten albums remain in the running to win £20,000, one of the most lucrative prize funds in the UK, at this month’s ceremony in Edinburgh’s Usher Hall as Scotland’s national music prize celebrates its 10th year.

2021’s SAY Award Longlist also voted for the inaugural Modern Scottish Classic Award, recognising an album from Scotland’s past that still inspires music being made today, with the winner chosen as Frightened Rabbit – ‘The Midnight Organ Fight’. The album will be recognised on the night of The SAY Award Ceremony.

In alphabetical order, The SAY Award Shortlist for 2021 is as follows:

Arab Strap – ‘As Days Get Dark’

Biffy Clyro – ‘A Celebration of Endings’

Joesef – ‘Does It Make You Feel Good?’

Mogwai – ‘As The Love Continues’

Rachel Newton – ‘To The Awe’

The winner of this year’s Public Vote was Stanley Odd – ‘STAY ODD’, with the remaining nine albums chosen by the esteemed judging panel. 2021’s panel includes the likes of Ian Rankin (Author), Jackie Kay (Poet), Daniel Portman (Actor) and Ashley Storrie (Comedian), as well as Tim Burgess (Musician, The Charlatans), whose “Tim’s Twitter Listening Parties” sound tracked the UK’s lockdown for many by bringing artists and audiences together to listen, discuss and celebrate albums both past and present.

Robert Kilpatrick, Creative Projects and Communications Director at the Scottish Music Industry Association (SMIA) said, “The SAY Award Shortlist comprises 10 of the best Scottish records of the last year; all released throughout the pandemic. With some of the biggest names in Scottish music featured alongside some of our nation’s most exciting rising talents, 2021’s Shortlist showcases the exciting, diverse and resilient nature of our music community despite 18 months of significant challenges. It firmly recognises music’s cultural impact and life-changing value, and brings to the forefront a recorded output that all of us in Scotland can – and should – feel proud of.”

The SAY Award Design Commission, in association with OVO Energy and curated by Local Heroes, highlights the enduring links between music, art and design and will provide a lasting tribute for all 10 Shortlisted artists, as well as the inaugural winners of both the Modern Scottish Classic Award and the Sound of Young Scotland Award. Each year, an emerging designer is commissioned to create bespoke prizes for the artists, and in association with OVO Energy for 2021, the trophies will have a major sustainability focus. Stay tuned for the first look at 2021’s awards via SAY socials.

Colin Banks, Head of Sponsorship & Partnerships, OVO Energy said: “We’re delighted to come onboard to support this year’s Scottish Album of the Year Award, especially 2021’s Design Commission. We can’t wait to reveal this year’s bespoke awards and know they will be a lasting memory for each artist and their album’s outstanding achievements over the past year. It’s been a difficult 18 months for the music industry so we’re looking forward to celebrating Scotland’s national album prize, while also helping the Award programme in becoming more sustainable.”

The winner of The SAY Award will collect £20,000 while all nine runners-up will be awarded £1,000 and their own bespoke award. Following a digital edition in 2020, the event returns as a physical ceremony, welcoming guests to Edinburgh’s Usher Hall on Saturday 23rd October. For the first time since the award’s inception, music fans are able to join the celebrations and purchase tickets HERE to attend one of the most exciting nights in Scotland’s musical calendar.

This year’s Ceremony will celebrate the strength and diversity of Scottish music; past, present and future. The event will recognise 2021’s Nominees and feature special one-of-a-kind live performances, along with the exclusive reveal of the Scottish Album of the Year. By the end of 2021’s campaign, The SAY Award will have distributed almost £300,000 in prize money to Scottish artists, with 2021 set to be another stellar year in showcasing the best of Scotland’s world-renowned musical talent.

2021 has seen the introduction of two new awards for SAY’s tenth year, with the ‘Modern Scottish Classic Award’ and the ‘Sound of Young Scotland Award’. A panel of previous SAY Award nominees including Kobi Onyame, Sacred Paws, SHHE and more will choose the winner of ‘The Sound of Young Scotland Award’, with the winner receiving up to £5,000 funding to facilitate the creation of their debut album as well as 500 vinyl pressings of the finished record. Supported by Key Production, Youth Music and Youth Music Initiative (Creative Scotland), The Sound of Young Scotland Award was designed to invest in Scottish music’s future and provide vital support to an emerging artist. The winner will be announced at this year’s SAY Award Ceremony.

Developed and produced by the Scottish Music Industry Association (SMIA), the 2021 campaign is delivered in partnership with Creative Scotland, the City of Edinburgh Council, YouTube Music, Spotify, Ticketmaster and PPL with Music Declares Emergency returning as the award’s Charity Partner for a second year. With COP26 taking place in Glasgow throughout November, sustainability is at the heart of The SAY Award’s plans, and the SMIA will look to use its flagship project to demonstrate and instill best practice for the music industry both now and in the future. Further to The SAY Award’s commitment to sustainability, the Scottish music initiative is also delighted to announce that it has partnered up with OVO Energy to create a more sustainable event, with more exciting information on the new partnership to be revealed over the next couple of weeks.