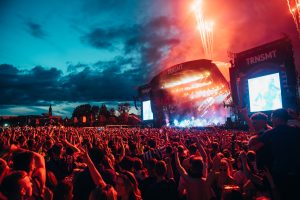 Britpop legends Pulp will be reuniting to take on the main stage, while Sam Fender and The 1975 will also be appearing at the Glasgow Green festival.

Sam Fender said: “Glasgow is genuinely one of my favourite cities in the world to play, the crowd’s always so up for it.”

“We’ve always loved playing TRNSMT and can’t believe we’re finally going to be headlining it next year. It’s gonna be huge, see you there.”

Organisers have also announced that ticketholders will be able to go VIP+ or Ultimate this year, guaranteeing access to the front pen of the stage for the full day which has previously only been available on a first come, first served basis. It will also include the luxuries of VIP tickets offered at previous festivals.

The Ultimate TRNSMT tickets will include complimentary drinks, lunch and dinner, table service as well as everything in the VIP and VIP+ packages.

Artists performing on the King Tut’s Stage, Boogie Bar and River Stage are still to be announced.

Geoff Ellis, festival director at TRNSMT, said: “After the success of this summer’s sell-out event, we are excited to launch 2023’s line-up.

“It’s one of our biggest yet, led by festival legends Pulp, Glasgow’s adopted Geordie Sam Fender and returning previous headliners The 1975, George Ezra, and Kasabian along with some new and established names, with plenty more acts still to be announced including some of the best emerging talent on offer.

“We know that while everyone is feeling the squeeze from rising prices, there’s an unwavering demand for live music. We’ve made the decision to keep our weekend general admission tickets at the same price as last year for the initial on-sale and it’s important to us that experiencing the thrill and excitement of live music is accessible to as many people as possible.

“If Glasgow Green had a roof, it will be well and truly raised next summer and we can’t wait to welcome fans back.”

TRNSMT will take place on Glasgow Green next year from July 7 to 9 with presale tickets to be available from 9am on November 3 and general sale going live at 9am the next day (November 4). 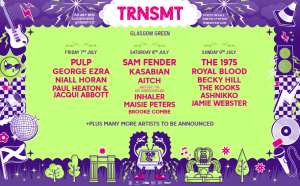 Winner of the SAY Award 2022 announced