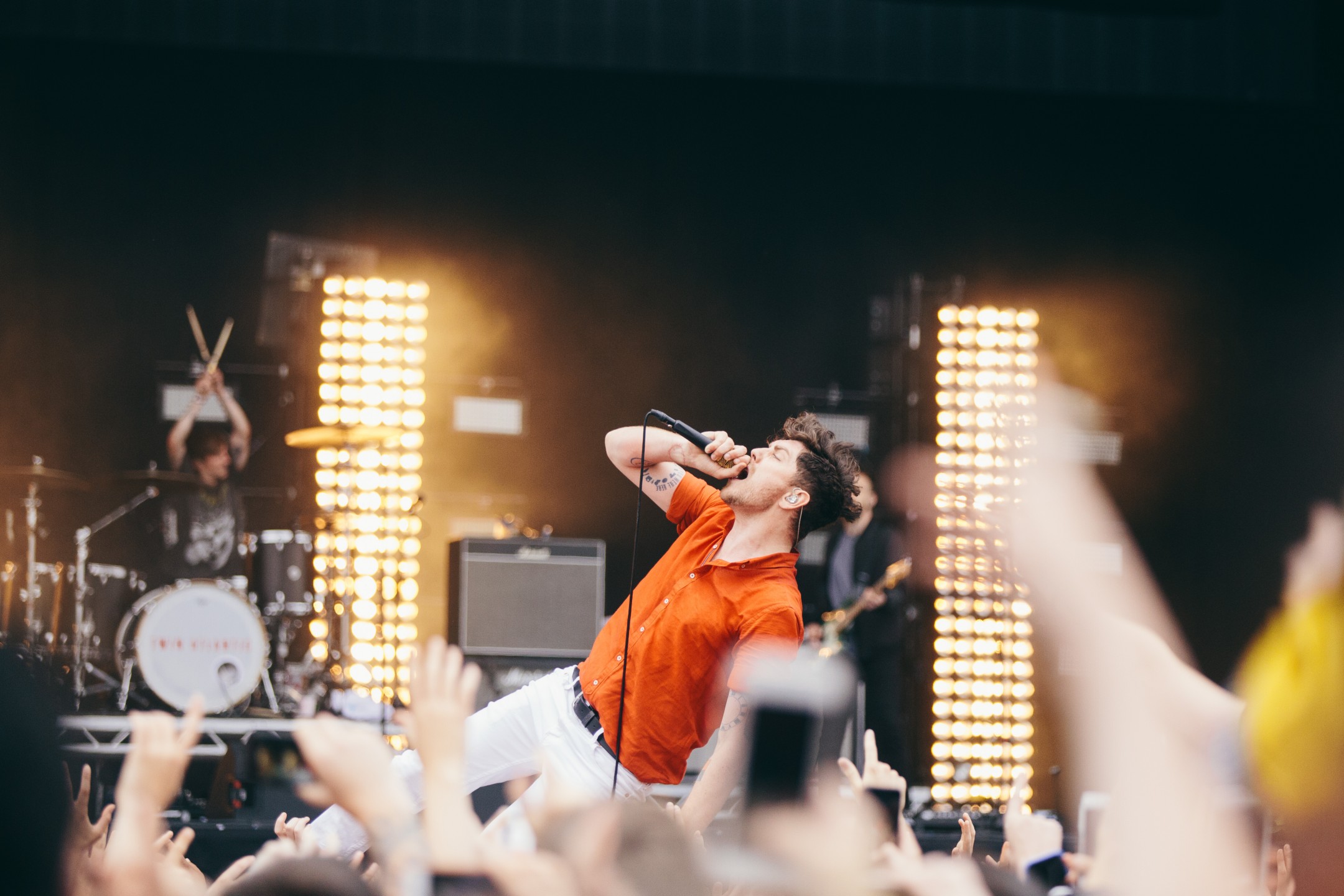 TWIN ATLANTIC and The 1975 have both revealed that they have new music on the way ahead of this Sunday’s final instalment of Glasgow Summer Sessions.

After spending a considerable amount of time in the studio this year,Twin Atlantic will return to the limelight this weekend when they play the Main Stage at Reading & Leeds and then return home to play Bellahouston Park.

The band, who made a significant impression at last year’s event, will return to Summer Sessions to take the penultimate slot before The 1975. And according to frontman Sam McTrusty, they plan on airing a brand new song at the gig. It will be the first chance for their Glasgow fans to hear something new from the band since 2016’s GLA album – a record that was inspired by their hometown. Frontman Sam McTrusty also revealed their stage times for both events.

Meanwhile, headliners 1975 have also sent fans into a frenzy with the news that their new track ‘People’ will be released this week. Receiving its premiere on Annie Mac’s Radio 1 show on Thursday night ahead of their headline slots at Reading & Leeds and Glasgow Summer Sessions, it will be the latest snippet from their eagerly anticipated new album ‘Notes on a Conditional Form’. It remains to be seen whether the track will be played live this weekend.

The 1975 and hometown heroes Twin Atlantic play the final Glasgow Summer Sessions of 2019 this coming Sunday alongside You Me At Six, Pale Waves, Ten Tonnes and No Rome. Get tickets here.

Playing a new song this weekend @OfficialRandL festivals and Glasgow @SmmrSessions – see you out there people. pic.twitter.com/TaPQaU6n6j