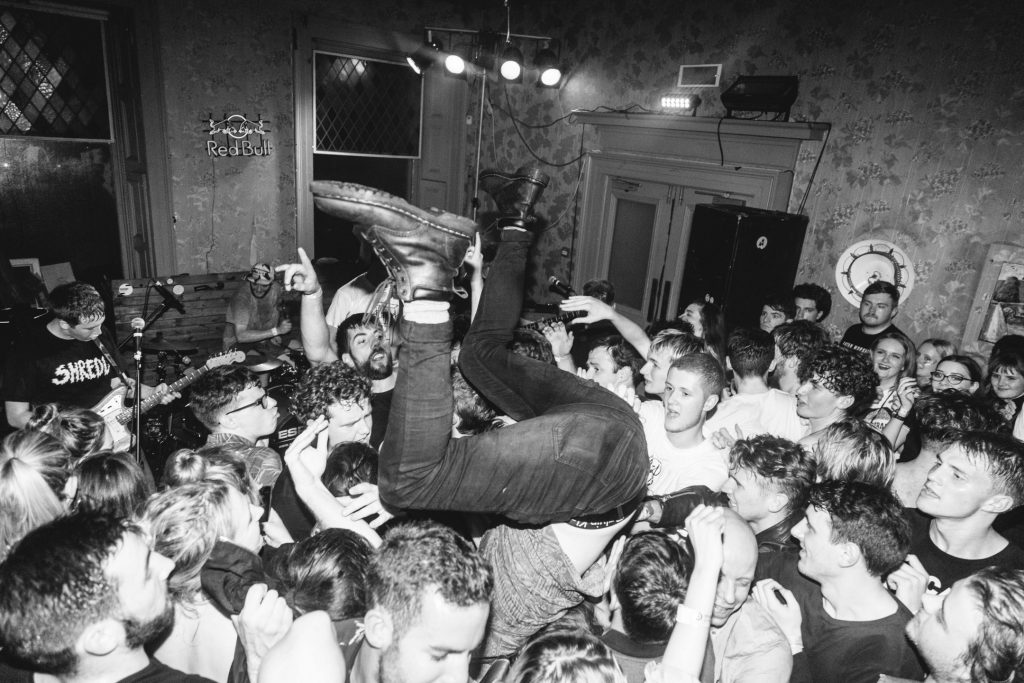 TENEMENT TRAIL will bring a specially curated lineup of acts to this year’s Wide Days as part of its newly announced Festival Takeover.

The new initiative will see three of Scotland’s best music festivals programme a selection of acts across two venues, in order to provide a flavour of their events. Joining our very own Tenement Trail stage will be Electric Fields and Kelburn Garden Party with a dozen acts set to perform in Edinburgh’s La Belle Angele and The Mash House on Saturday 13th April.

It means that, along with the recently announced Antidote Booking welcome party, the convention will be expanding its live music dimension to three nights this year to coincide with its tenth anniversary.

With all three festivals boasting an established record of promoting exciting new talent across a broad range of genres, there will also be the opportunity for Wide Days to include acts from outside Scotland for the first time.

Tenement Trail are delighted to bring Alligator, Calva Louise and Cara Rose to the event. They will appear alongside ROE, Rascalton, Lunir, Earth Wire, Main Ingredient and DJ Astrojazz alongside more acts yet to be announced.

Entry is included with a Wide Days delegate pass or individual tickets can be purchased for £10 on the Wide Days website here. 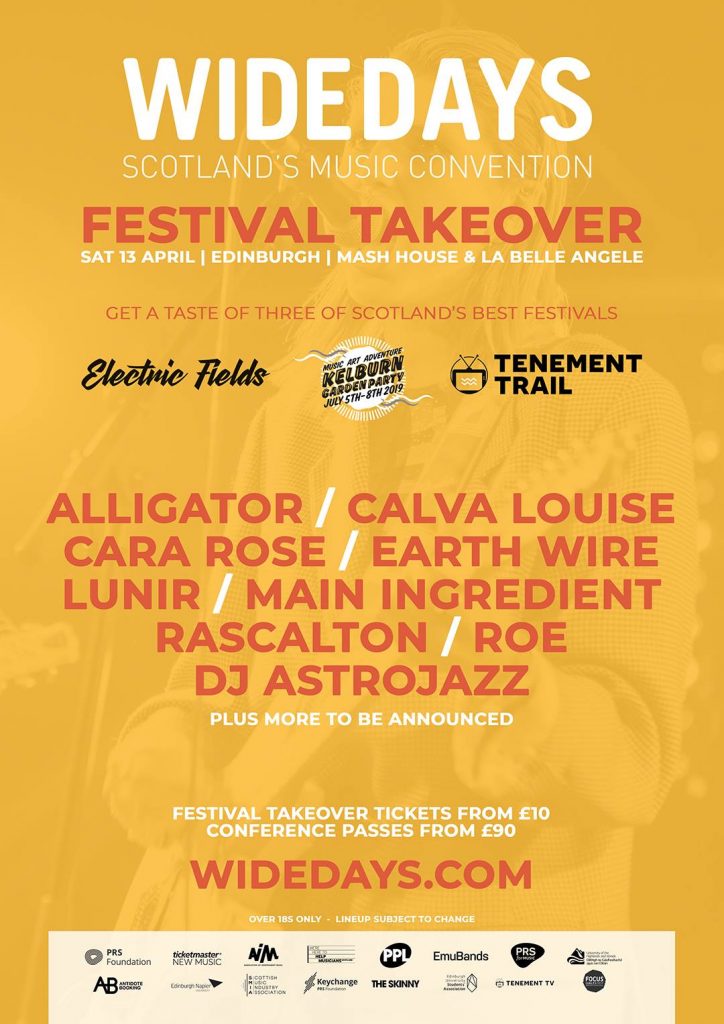