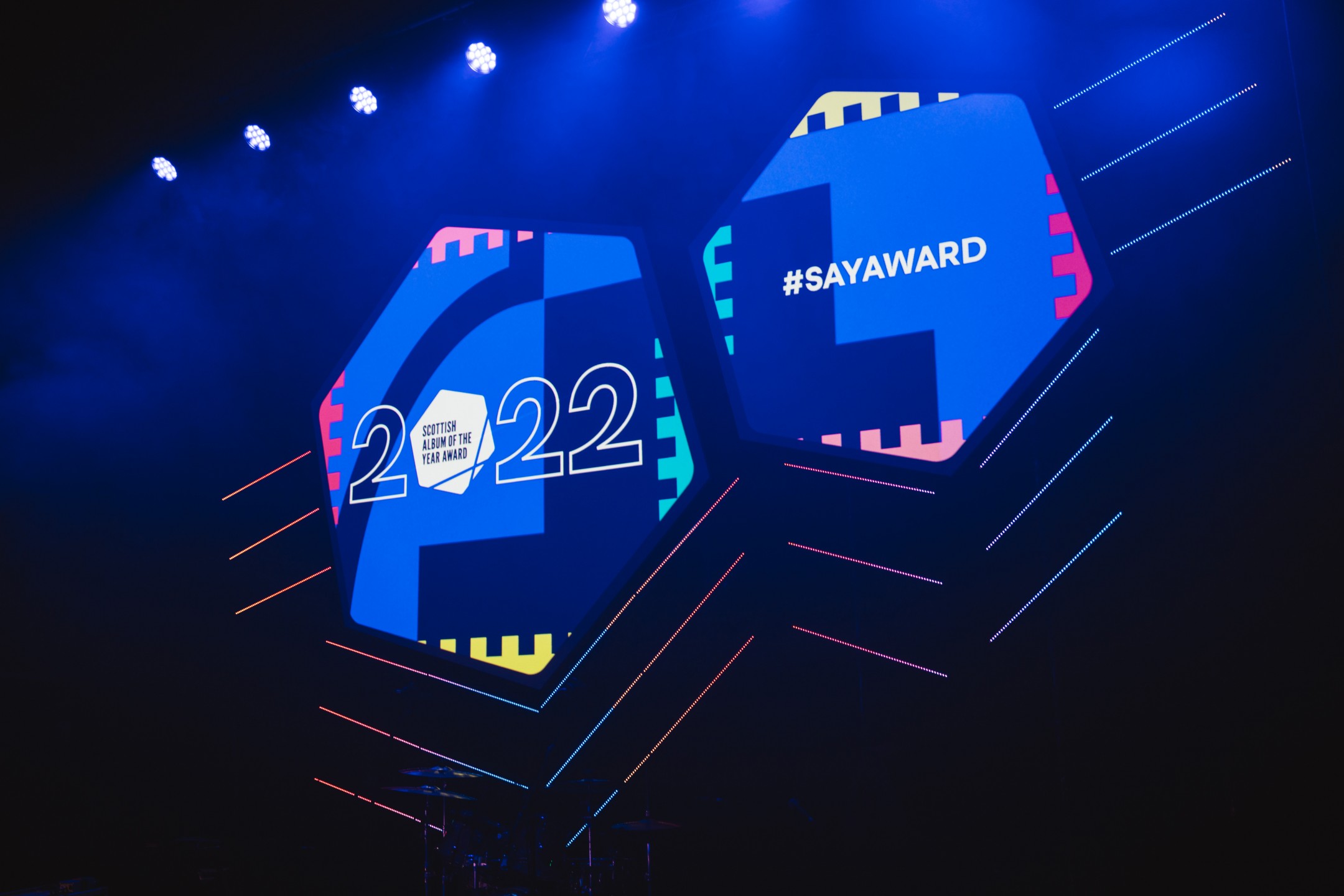 LAST night the Scottish Album of the Year (SAY) Award – Scotland’s National Music Prize – announced Fergus McCreadie’s ‘Forest Floor’ as the winner of the coveted title and £20,000 prize at the exclusive ceremony in The Albert Halls, Stirling.  In the award’s 11th year, Cocteau Twins were also recognised, picking up the Modern Scottish Classic Award for ‘Heaven and Las Vegas’, while Berta Kennedy won the Sound of Young Scotland Award and a funding package worth up to £5,000 to support the creation of her debut album.

25-year-old Scottish pianist Fergus McCreadie’s latest album ‘Forest Floor’ is recognised as Scottish Album of the Year at the Ceremony in Stirling – the city where he first developed his unique vision for jazz music. Scottish folk influences are central in defining Fergus’ sound, with precisely placed notes and rich harmonies which saw him shortlisted for the Mercury Prize which he attended earlier this week. Longlisted for a SAY Award in 2021 and shortlisted under Fergus McCreadie Trio in 2019, it’s third time lucky for this exciting and unique artist. Seonaid Aitken accepted the prize tonight on Fergus’ behalf.

Fergus McCreadie, Scottish Album of the Year Award Winner for 2022, who was sadly unable to attend the ceremony said: “I’m absolutely honoured and thrilled that Forest floor has been selected as this year’s Scottish Album of the Year. I’m really proud of how the trio comes across on the record and it’s such a privilege for us to have that recognised by the SAY award panel. I’m also so excited by what this can do for Scottish Jazz – we’re the first jazz act to win the prize and I really hope we won’t be the last. Scottish jazz is full of incredible musicians and bands that I respect so much, and I really hope this will be only one step of an incredible journey for a scene which truly punches above its weight. All that to say, thanks so much to the SAY Award and the panel, to David and Stephen for their incredible musicianship and friendship, to all my fellow musicians in Glasgow for their support and to you, the audience, who make it happen for us. I will always be grateful to make and play music.”

Held for the first time in Stirling’s Albert Halls, the ceremony was co-hosted by BBC Radio Scotland presenters Nicola Meighan and Vic Galloway, and was truly a night to remember as artists, music fans and industry figureheads gathered to celebrate 2022’s Shortlist, with all nine runners up each collecting £1,000 and a bespoke trophy created by local artists ART FUTURO via The SAY Design Commission. Following tonight’s ceremony, The SAY Award have distributed over £320,000 in prize money and championed 220 Longlisted albums across 11 previous campaigns, demonstrating the award’s continued ambition, passion and commitment to accelerating a growing Scottish music scene.

Robert Kilpatrick, Creative Director of the Scottish Music Industry Association (SMIA) / The SAY Award, said: “Fergus McCreadie is not only at the forefront of Scotland’s jazz scene, but he’s a shining example of someone who’s making some of the most exciting and innovative jazz music worldwide. With a Mercury Prize nomination and a SAY Award win now under his belt, 2022’s been a phenomenal year for one of Scotland’s most exciting talents, and firmly places ‘Forest Floor’ as one of the defining records of this year.

A huge congratulations also to Berta Kennedy on winning this year’s Sound of Young Scotland Award, and to ‘Heaven or Las Vegas’ by Cocteau Twins for winning the Modern Scottish Classic Award for one of the most magical Scottish records of all time.

On behalf of the SMIA, I’d like to thank all involved who make The SAY Award happen. As our industry continues to navigate challenging times, prizes like SAY and the financial and promotional support they offer are more vital than ever.”

Iain Munro, CEO of Creative Scotland said: “Huge congratulations to Fergus McCreadie and to all of the incredible albums and musicians that made up this year’s shortlist. The SAY Award not only celebrates and recognises the achievements of some of Scotland’s finest musicians but also brings these fantastic albums to the public’s attention. Fergus is one of Scotland’s most exciting young musicians and a rising star of the UK jazz scene, as reflected in his recent Mercury Prize nomination and now this accolade. Many congratulations.”

The Ceremony’s Stirling location for 2022 was unveiled earlier this year through a SAY Award projection onto the National Wallace Monument, which featured the lyrics of the iconic Scottish ballad ‘Caledonia’. Tonight, the ceremony opened with a powerful and special rendition of the song by Shortlisted RnB/Soul singer AiiTee, mesmerising an audience packed with music industry royalty hanging off every word including Dougie MacLean who wrote the song in 1977 as a love song to his homeland and thus becoming an anthem of Scottish pride.

Other spectacular performances on the night included fellow Shortlisted artists, Stirling’s own Constant Follower, Glasgow indie band The Just Joans, and Seonaid Aitken Ensemble who paid homage to the 2022 Modern Scottish Classic Award Winner – Cocteau Twins’ ‘Heaven or Las Vegas’ – with a specially curated reimagined set. Seonaid Aitken said: “What an absolute honour to be asked to reimagine this incredible album”. The Sound of Young Scotland WinnerBerta Kennedy also performed her debut single ‘Free-Swimming’, and previous SAY Award Winner Kathryn Joseph sang her cover of ‘A Way From Rage’ in a touching tribute to Beldina Odenyo Onassis, also known by her artist name ‘Heir of the Cursed’. Kathryn pronounced “we fucking miss you, Belinda” before signing while footage of Belinda’s performance from last year’s SAY Award Ceremony played behind her.

Constant Follower  – ‘Neither Is, Nor Ever Was’

Kathryn Joseph – ‘for you who are the wronged’

The Sound of Young Scotland Award, supported by Ticketmaster, Youth Music and Youth Music Initiative, saw five finalists – Berta Kennedy, Dead Pony, KLEO, Psweatpants and Uninvited – recognised at the ceremony with the overall winner chosen by a panel of former SAY Awardnominees. Nicola Meighan and Vic Galloway presented the award to this year’s winner, Berta Kennedy, who will receive a funding package worth up to £5,000 to facilitate the creation of her debut album, including recording time at Tolbooth Stirling. 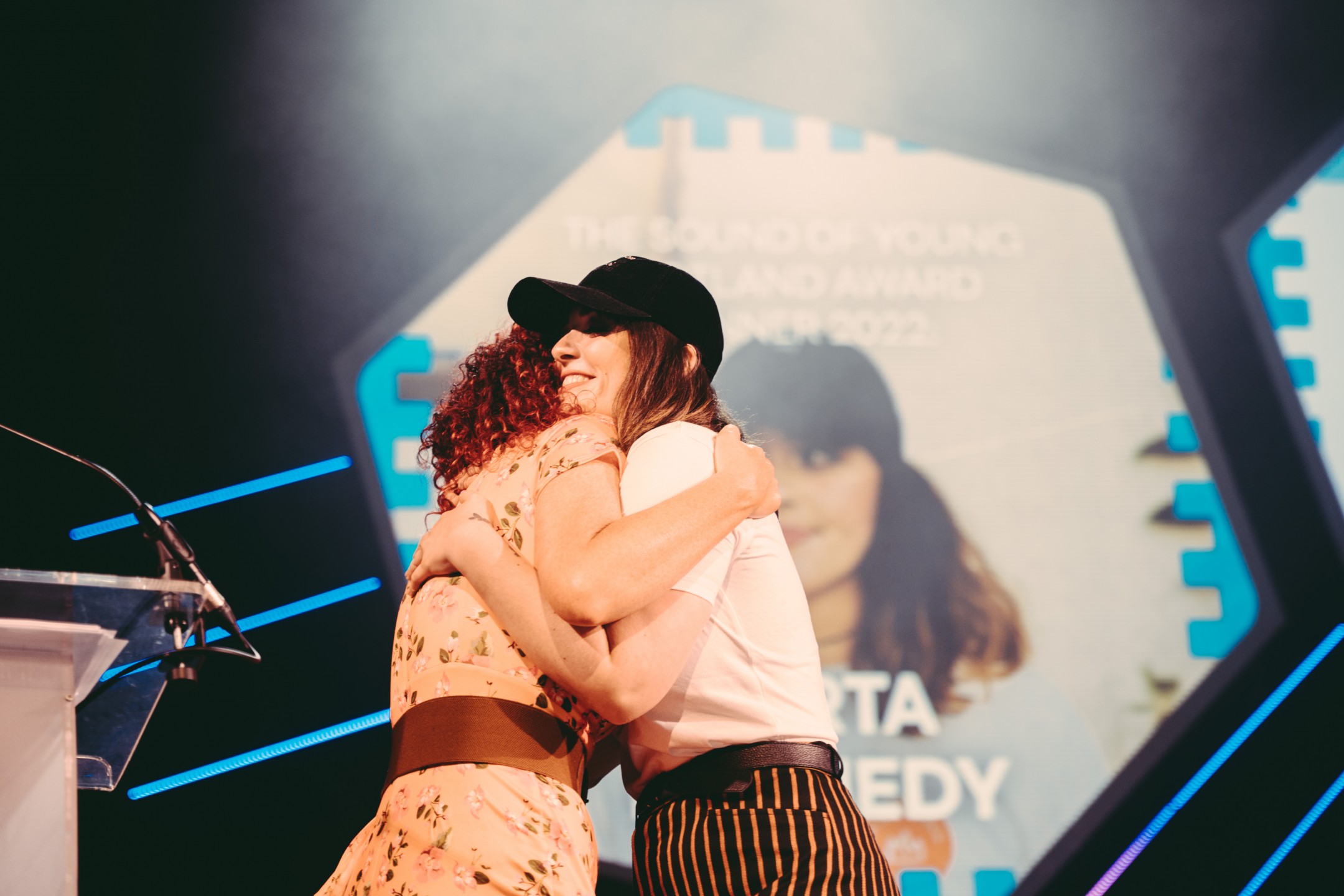 Ahead of her surprise live performance, a delighted Berta Kennedy, Sound of Young Scotland Winner 2022, said ahead of her performance: “I’d like to thank my amazing band – I’m so honoured to share the stage with them, they’re so talented. And thank you to The SAY Award and SMIA for supporting and uplifting people like me.” She also gave a shout out to her parents who yelled with excitement as Vic and Nicola announced their daughter’s win.

Morag Macdonald, YMI Manager at Creative Scotland said: “We’re delighted for Berta Kennedy who has scooped this year’s award from such a strong shortlist of young artists. We hope that this recognition and the package of support will enable Berta to take the next steps in her musical career.”

For the second year, the winner of the Modern Scottish Classic Award was chosen by 2022’s Longlisted artists, recognising an outstanding album from Scotland’s past that still inspires music being made today. The winner was ‘Heaven or Las Vegas’ by Cocteau Twins.

Accepting the award remotely, Robin Guthrie, a founding member of Cocteau Twins, said: “Some 40 years ago, Cocteau Twins played our first ever show in what was then a nightclub called Le Clique, just 500m down the road [from Albert Halls]. We were teenagers, we had six songs, we didn’t know much. There wasn’t the type of support the Scottish music industry now brings – but we stuck at it. Fast forward to 1989 and the stars aligned with a new studio, Elizabeth was a wee bit pregnant, and we were very slowly becoming adults. The soundtrack to this time we recorded as ‘Heaven or Las Vegas’. I’m really pleased to accept the Modern Scottish Classic Award on behalf of myself, Elizabeth and Simon. We’d like to thank the award’s Longlist who chose to recognise that this album should become a Scottish icon.” 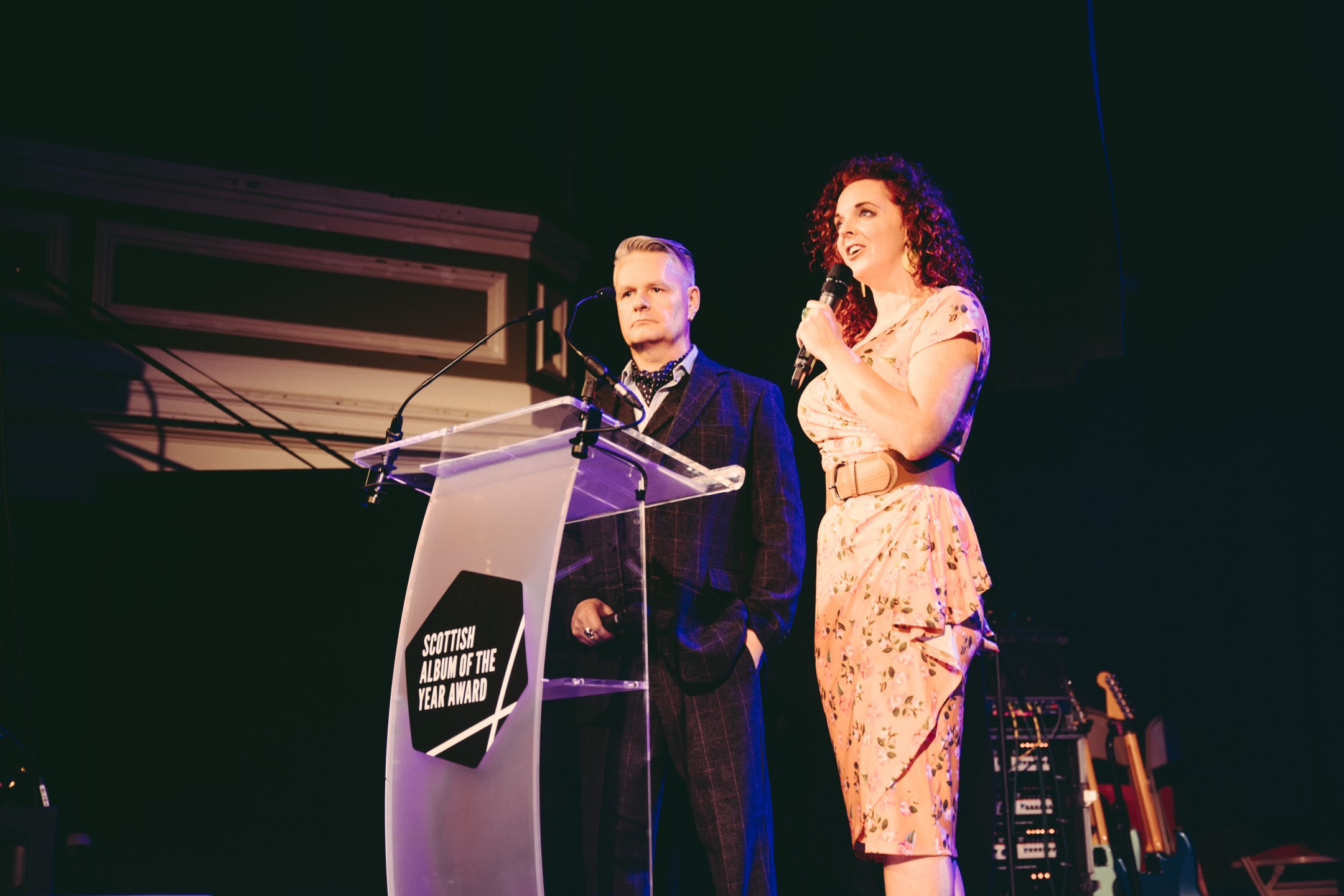