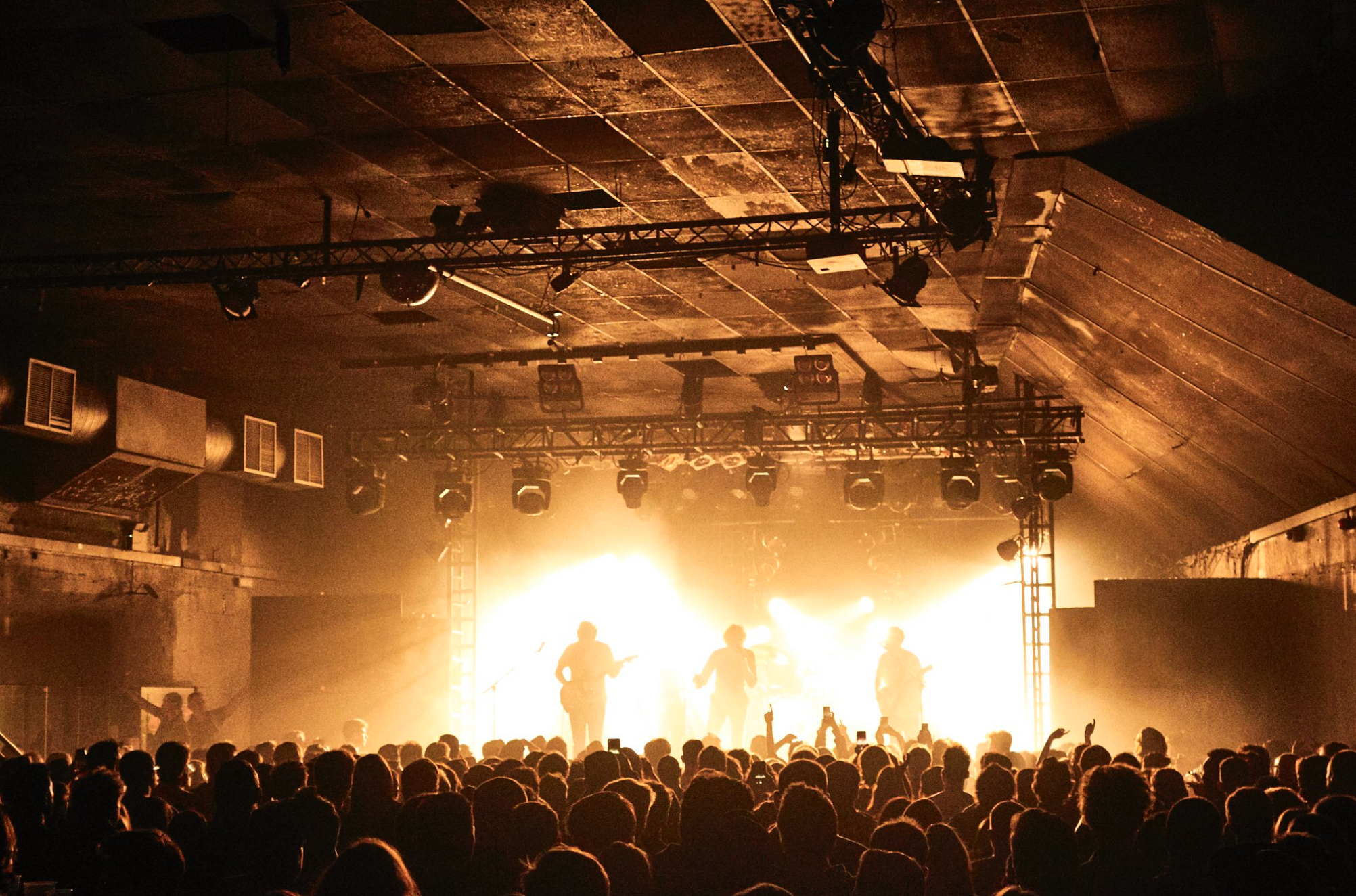 AS the indie music world sits with arms folded awaiting a taste of new music from The Strokes, the iconic guitar player brought his latest offering to Glasgow with an unbelievable live show.

Dressed in a shimmering gold suit, Albert Hammond Jr channelled his inner rock n roll god, commanding the crowd with his eccentricities and hypnotic dance moves. Opening the set in the same way he does his latest record, ‘Francis Trouble’, charging through the sixties surf flavoured indie-rock banger, ‘Dvsl’. You could have been forgiven for forgetting that the man who was leaning over the barrier to a frenzy of hands trying to grab a hold of him was the bushy-haired, sometimes shy, guitarist who soundtracked New York indie, Hammond saunters around the stage, enjoying frenzied adulation from his army of fans, showing off his incredible moves and unwavering voice.

While The Strokes have a reputation for riotous live shows fuelled by their fast-paced iconic indie sound, Albert Hammond Jr’s more sixties surf sound lends itself to less moshing, more dancing, and their was plenty of this. Everyone in SWG3 must’ve felt they were danced at by Hammond, as he climbed on speakers, covered the whole stage and dove into the crowd to bust some moves on the floor.

As his set continued, the strength within his arsenal of solo work became increasingly prevalent. ‘Born Slippy’, ‘Holiday’ and ‘ScreaMER’ saw Albert Hammond Jr at his brilliant best. Hanging from pipes, mounting the barrier and going from eccentric frontman to slinging his guitar on to unleash the solos and intricate style of guitar playing with which he made his name.

The set climaxed on one of the best tracks from his latest album. ‘Muted Beatings’ is a dance-influenced indie anthem and one of the best representations of how Albert Hammond Jr’s songwriting beyond the Strokes touches influences and elements you may not associate with their indie sound, and therefore a crowning moment of his solo career and the ideal way to end an incredibly energetic set.