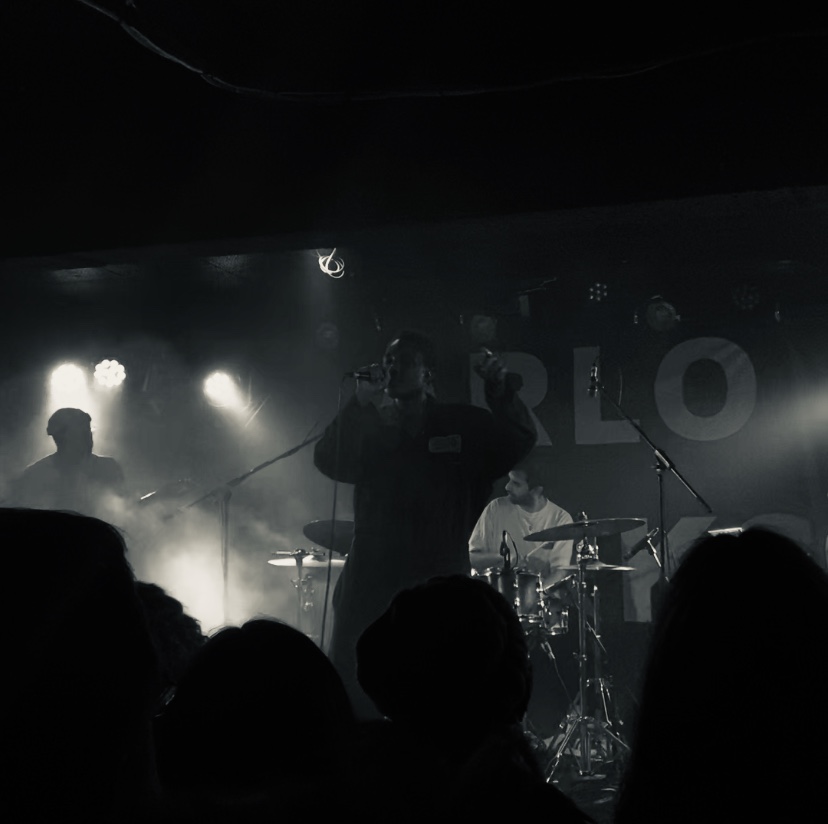 AFTER a series of high-profile shout-outs and subsequent support slots, a great deal of buzz has started to follow the name Arlo Parks. With an eagerly anticipated slot lined up at The Great Escape in a couple of months, the 19-year-old South Londoner stopped off at King Tut’s on Tuesday night as part of her ongoing UK tour for her very first Scottish show.

Support came from London-based singer-songwriter Matilda Mann who like Parks, has also secured a slot at The Great Escape this May off the back of her debut EP ‘If That Makes Sense’. Taking to the stage with just her guitar, the singer-songwriter interspersed tender, gently picked tracks and thoughtful ruminations on heartache and the adolescent experience with light-hearted chat in-between. Despite opening to a modest crowd, it didn’t take long for the room to fill up with captivated viewers drawn in by her raw charm and impeccably observed lyrics. With highlights including ‘The Fucking Best’ and ‘The Loch Ness Monster’, there were shades of Laura Marling and even Angel Olsen in her sharp observations and intimate delivery, her folky tracks delivered with bite and a wry smile.

Headliner Arlo Parks took to the stage alongside her three-piece band to a rousing response from the crowd. After the release of two critically acclaimed EPs ‘Super Sad Generation’ and ‘Sophie’ as well as a string of well-received singles, Parks has gained recognition for the way in which she unpicks the complexities of being a young person in these uncertain times – placing identity and generational anxiety at the heart of her soulful, left-field pop. Listening to her music is an intimate experience – like listening to one strikingly confessional diary entry after another, covering topics such as heartbreak, mental health and mortality in deeply stirring fashion against lush, soulful backdrops with hazy R&B hues, computer-generated beats and jazzy inflections. In the live arena though, this was all brought to life in emphatic fashion. With the help of three other musicians, a powerful rhythm section and a particularly dexterous guitarist, Arlo’s smooth, intimate songs carried even more emotional weight and truly burst to life in a way that was almost unexpected.

Opening with ‘Paperbacks’, it was immediately clear that Parks is a natural onstage – full of confidence, swagger and an effortless cool but retaining that warm familiarity and relatability that oozes from her lyrics. Meanwhile, her distinctive voice was even more impressive in person – smooth and quietly powerful – working wonderfully together with her live band and the R&B tinged electronics that also rang out around the venue.

The soulful melancholy of old favourite ‘Cola’ was warmly received by the crowd while unreleased track ‘Punk Rock Eyes’ added another dimension to her set with its gloomy basslines and poppy chorus – a track she said was inspired by the likes of Janis Joplin and The Stooges. With a varied and eclectic range of influences, she has created a sound that is seemingly defined by its fluidity and as such, it made for a very dynamic, wholly captivating set.

Written in the wake of a friend’s death, the deeply moving ‘Black Dog’ held the room to a standstill and stretched her angelic voice to new heights while the equally emotional ‘Angel’s Song’ encouraged the crowd to look out for their friends in times of need. “This sadness ain’t you” she sang in one of the most powerful moments of the night.

It’s the ability to match her delicate tones and beautifully textured instrumentals with such emotionally poetic lyrics that have seized the attention of listeners far and wide and she ingratiated herself with the captivated crowd even more after reading out a Glasgow-themed poem, even namechecking the city’s very own Joesef.

There were moments where she allowed her immensely talented band to shine as well though, particularly during penultimate track ‘Second Guessing’ which built to an almighty instrumental climax and featured an absolutely electrifying guitar solo – the kind that wouldn’t sound out of place in an arena-sized rock show.

Recent single ‘Eugene’ received the biggest reaction of the night and was more buoyant than its pensive recorded version, before she finished the set with ‘Super Sad Generation’. On her first ever visit to Glasgow, it’s fair to say that Arlo Parks left a lasting impression. Undeniably one of the UK’s brightest and most important new talents, it may not be long before she too finds her name emblazoned on the venue’s iconic staircase.