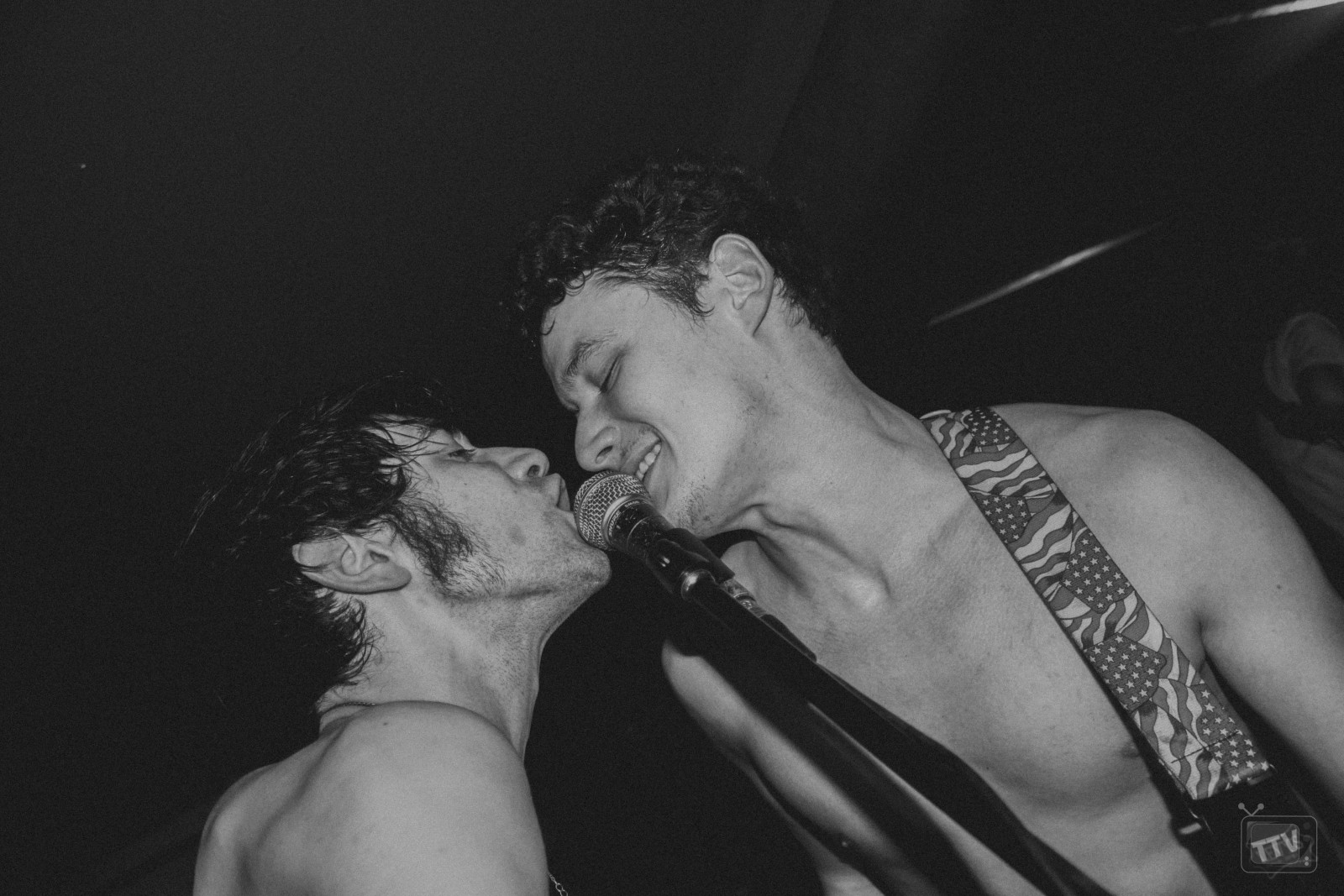 WITH the release of their third album ‘Serf’s Up!’ in April and often regarded as one of the most of the exciting live bands in the country, it was time for Fat White Family to bring their infamous show to the capital.

Kicking things off with ‘Auto Neutron’ from debut album ‘Champagne Holocaust’ it wasn’t long before front man Lias Saoudi was in amongst the crowd before crawling back on to stage and launching into ‘Tinfoil Deathstar’ followed by the stomping ‘I Am Mark E. Smith’. Having been known in the past for stripping off mid set and performing fully nude, it was only his western style shirt that was removed on this occasion.

‘Feet’- the anthemic lead single from ‘Serf’s Up’ perfectly showcases the new sound Fat White Family have adopted on their latest offering while the synth laden ‘Fringe Runner’ gets a huge reception from the crowd and the sleazy sounding ‘Bobby’s Boyfriend’ see’s Saoudi show off his cymbal skills.

Lead guitarist Saul Adamczewski takes over front man duties on ballad ‘Garden of the Numb’ while Saoudi takes an extended break from the stage, with a few exchanges between band members indicating they aren’t too sure where he’s gone. “Sorry, I had some bad venison earlier” he tells the crowd upon his return.

Finishing off their raucous set with fan favourites ‘Is It Raining in Your Mouth?’ and ‘Whitest Boy on the Beach’ they had the crowd wanting more , but as they left the stage and the house lights lit up the room it was clear there wasn’t going to be an encore.

A few songs were left off the setlist, most notably ‘Tastes Good With The Money’ from ‘Serf’s Up’ but then again, Fat White Family have never been the predictable kind after all.