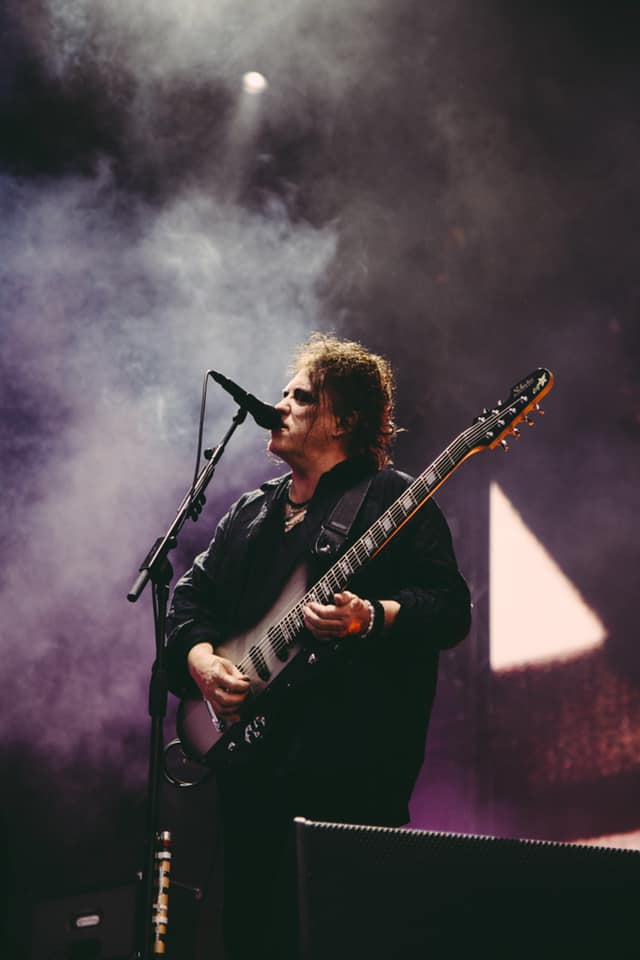 THE CURE made a triumphant return to Glasgow over the weekend for what was their first Scottish gig in 27 years. Headlining Glasgow’s first mud-caked day of Summer Sessions, the band’s dedicated fanbase refused to let the rain dampen their spirits on a day that will live long in the memory of all those in attendance.

An incredible atmosphere took hold of Bellahouston Park as a sold-out crowd descended on the South Side of Glasgow to see one of the most iconic bands in alternative music headline a major Scottish festival for the first time. And they were joined by a stellar supporting cast featuring The Joy Formidable, The Twilight Sad and Mogwai. Welsh alt-rockers The Joy Formidable, who just last month released new album AAARTH, opened the show before hometown heroes The Twilight Sad took to the stage to a rapturous response from the Glasgow crowd. The band, who have previously supported The Cure all over Europe, the US and beyond, are known to be one Robert Smith’s all-time favourite bands and performed a 45 minute set full of material both old and new. Alongside old favourites like ‘There’s a Girl in the Corner’, their recent critically acclaimed album ‘IT WON/T BE LIKE THIS ALL THE TIME’ formed the crux of their set and was delivered with beautiful intensity and searing passion, the likes of ‘I/m Not Here [Missing Face]’ and ‘[10 Good Reasons for Modern Drugs]’ eliciting an impassioned response from the crowd. A cover of Frightened Rabbit’s ‘Keep Yourself Warm’, now a staple part of their set, had many in the crowd visibly emotional in what was one of the band’s biggest hometown shows to date.

Fellow Glasgow band Mogwai took the penultimate slot of day. In the midst of another busy festival season, the undoubted kings of post-rock expertly filled the park with their thunderous, incredibly dynamic soundscapes. Now two decades into their career, the band used their time on stage to delve into a number of their albums, from their 1997 masterpiece ‘Young Team’ right up to 2017’s ‘Every Country’s Sun’. Another band who Robert Smith has expressed admiration for over the years, it was a deeply rousing set from one of the city’s most celebrated outfits that dusted off the ears of the audience and matched the predictably thunderous weather.

The Cure were the band on everyone’s lips though and the legendary outfit’s first Scottish show in 27 years certainly didn’t disappoint. In fact, it felt like an honour to witness one of the world’s most iconic rock bands deliver a phenomenal, career-spanning set that touched down on so many of their finest moments. Opening with ‘Plainsong’, a shower of synths, guitars and Smith’s laconic vocals, and the shattering crystal sounds of ‘Picture of You’, the first hour of their set oscillated between understated slow-burners and melancholic love songs. Lighter numbers like ‘High’, ‘A Night Like This’ and ‘Disintegration’s biggest pop moment ‘Lovesong’ worked wonderfully alongside the rolling dark power of ‘Fascination Street’ and the searing ‘Burn’ before the indelible classics ‘In Between Days’ and ‘Just like Heaven’ sent the crowd into a frenzy.

Robert Smith’s chat was minimal throughout but with The Cure, it’s clear that the audience needs no encouragement. The crowd’s enthusiasm was infectious and they lapped up every minute of the two and a half hour set; 27 years of absence forgotten just like that. “I’ve no idea why it’s taken me so long to get back here, it won’t take us as long next time.” Robert Smith told his adoring crowd.

With his voice sounding just as good as it did all those years ago, guitarist Reeves Gabrels barely broke into a sweat in amongst all the lengthy guitar solos. Even amongst the obscurities, the crowd lost themselves in the lushness of the romance of their tunes. And there were a couple of curveballs thrown in along the way too like ‘From the Edge of the Deep Green Sea’, before an intense, sprawling version of their post-punk classic ‘A Forest’. As if taking us back to their heyday, it triggered hand-claps from the audience as it saw itself out in momentous fashion.

The closing epic ‘Disintegration’ closed the main set before a magnificent and relentless encore which featured ‘Lullaby’, ‘The Caterpillar’ and ‘The Walk’ and a tremendous finale.  It was the legendary closer that everyone had been dreaming about as they sent the crowd into a frenzy with a full technicolour version of ‘Friday I’m in Love’, ‘Close to Me’ and a euphoric and emotional ‘Boys Don’t Cry’.

Appearing in Glasgow as part of a very select and special run of headline spots at major festivals all over the world this summer, there was an inherent sense of occasion to the band’s first Scottish gig in 27 years. Genuinely moved by the warm welcome they received, it was a humbling experience to see a band with their legacy enjoying themselves more than ever. “This is one of the best days of my summer”, Robert Smith signed off. “See you soon!” 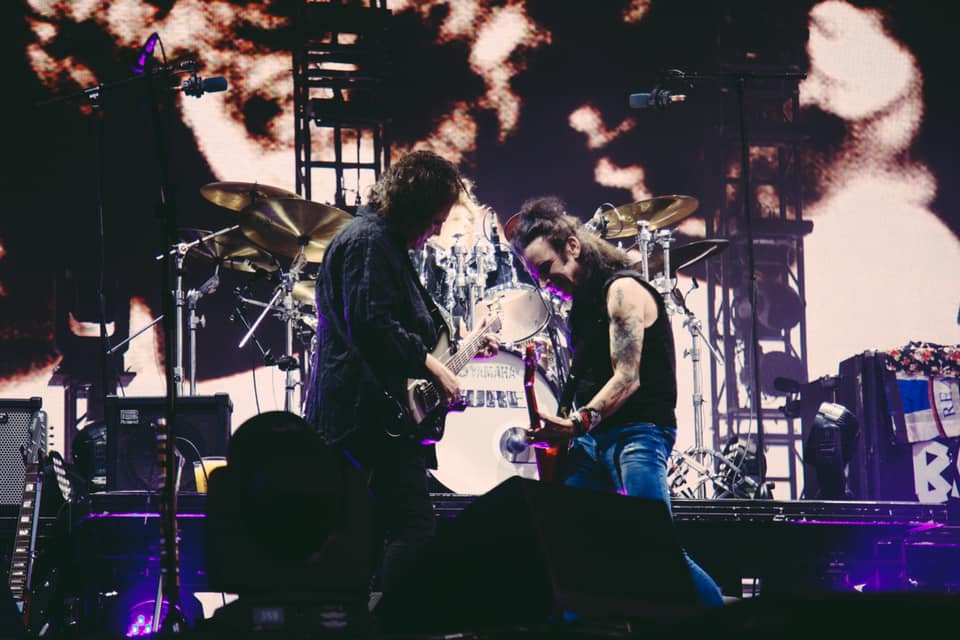 FESTIVALS: Øya Festival with The Cure, Tame Impala, Sigrid, Idles and more...