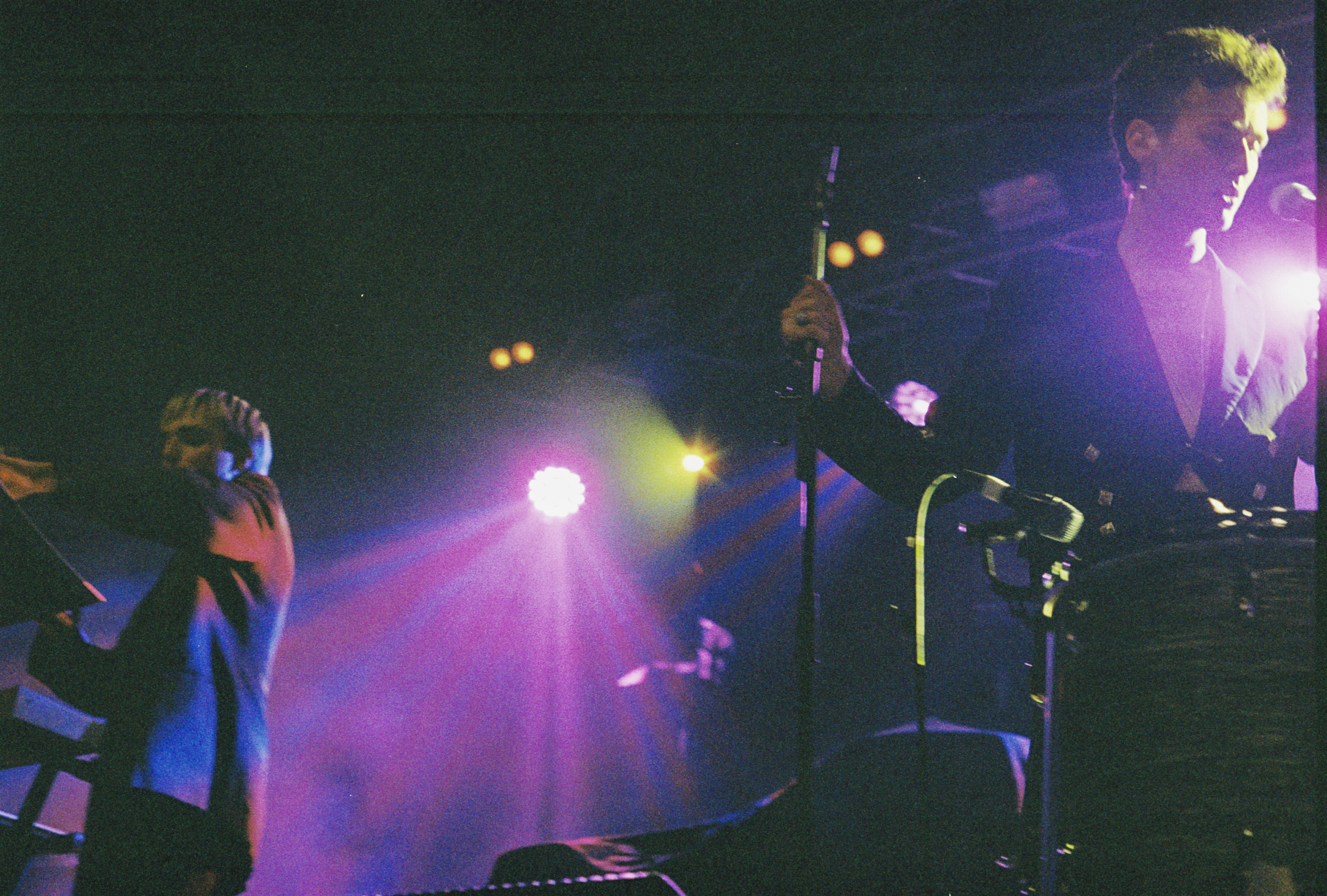 INTERPOL returned to Glasgow on Sunday night after conquering the main stage at TRNSMT in 2018 to give fans another chance to hear songs from their latest album, Marauder, as well as a selection of tracks from their previous five albums including a Scottish live debut of the title track from brand new EP, ‘A Fine Mess’.

Support came from local five piece, Walt Disco, who’s flamboyant 80’s infused indie-pop got the crowd onside from the get go. Catchy tunes mixed with a charming stage presence make them ones to watch in coming months.

SWG3 was plunged into a brief darkness as the band walked on stage and kicked things off with ‘Pioneer To The Falls’ from 2007 album ‘Our Love To Admire’ set to a stunning light show, illuminating the stage giving us our first glimpse of front man Paul Banks, whose effortlessly cool stage presence captured the crowd immediately.

Something that was apparent throughout the twenty song set was how eager the crowd were to hear songs from not only the bands extensive back catalogue, with ‘Say Hello to the Angels’ from their debut album getting one of the biggest receptions of the night, but also brand new track ‘Fine Mess’, having only been out a couple of weeks, going down a treat too.

With the set coming to a close, it was without doubt indie dance floor filler ‘Slow Hands’ from sophomore album ‘Antics’ that gathered the biggest sing along from the Glasgow crowd. After a swift break from the stage, the band returned to complete their set with an encore featuring ‘Lights’, ‘Roland’ and finishing the night with ‘Obstacle 1’ from 2002’s ‘Turn On the Bright Lights’ they ended a triumphant set in flawless style.

Formed in 1997 and having come through the early 2000’s New York post punk revival scene that also gave birth to the likes of The National and The Strokes, Interpol have gathered a cool cult status over the years  and it’s evident to see why from their solid live performance.

Showcasing Scotland at The Great Escape 2019