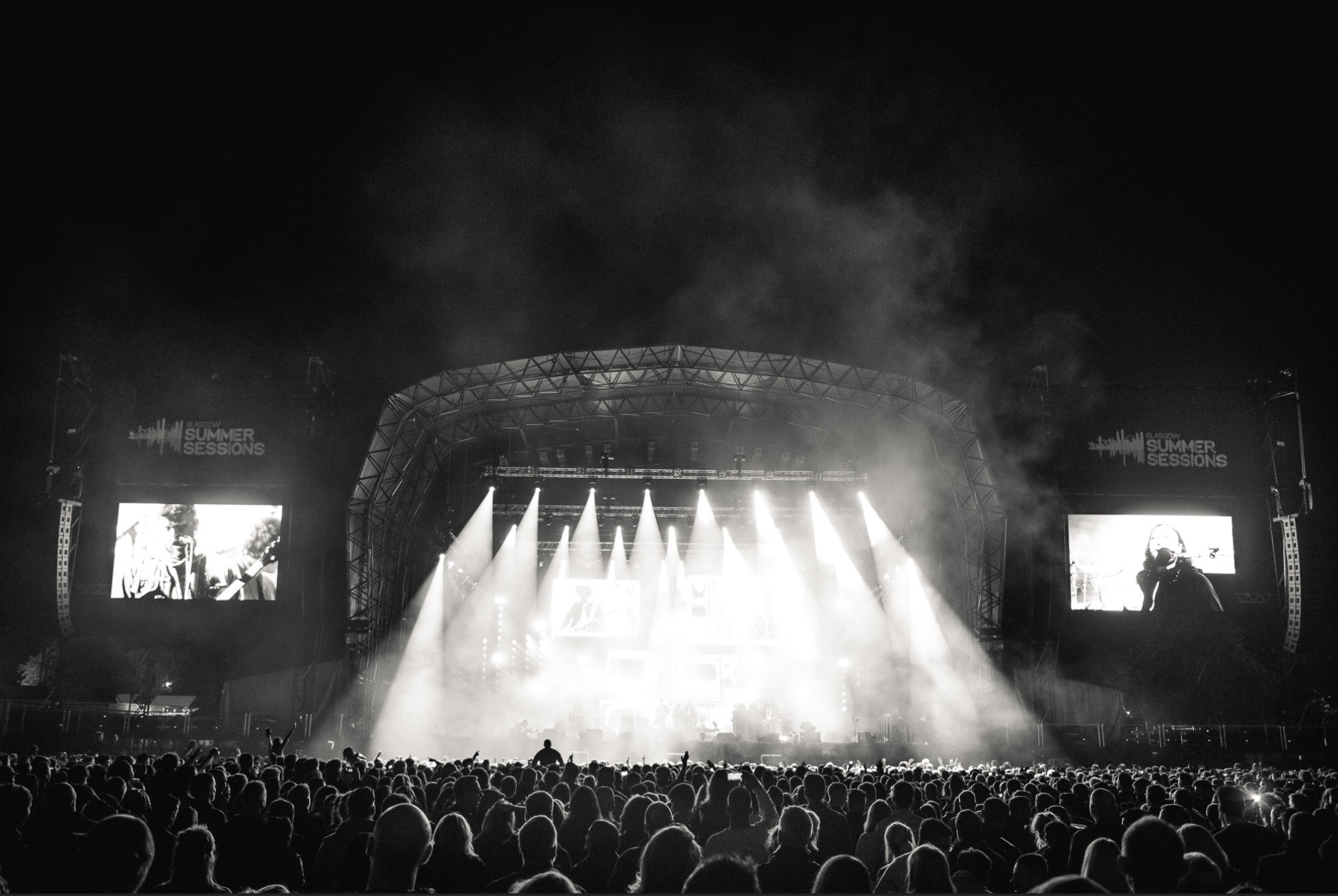 FOR the second time, King of Leon headlined Glasgow Summer Sessions with their unmistakable stadium-rock sound and unforgettable live show.

With a back-catalogue of records spanning over 15 years, picking a setlist would undoubtedly be a struggle but the American icons paid an ode to their diverse career over an incredible set. Darting through a trio of songs from their 2004 record ‘Aha Shake Heartbreak’, there was no doubt that this set was one for the fans. The anthemic ‘Slow Night, So Long’ filled the cooling air around Bellahouston Park, as fans rallied around the band and the nostalgia of their early songs. A notable early highlight of the set, ‘King of the Rodeo’ is, for me, one of the defining tracks of their career and it a huge favourite with fans, seen as the thousands who packed into the field joined Caleb is shouting the intricate chorus.

What is testament to the diverse career that the Followill’s is how their set shifted from the rougher rock ‘n’ roll sounds of their early career, to their latest record, 2016’s ‘WALLS’. A more pop-focused released, the record saw the four lads make a shift away from their original raucous sound, however the quality of songwriting and admiration from fans certainly did not change. ‘Eyes on You’, the upbeat indie-pop pleaser, had the entire field jumping, before Kings of Leon launched into ‘Molly’s Chambers’- the song that saw the boys launch their career, and the one and only tune from their debut album on the setlist. An undoubted special moment.

One of the more reserved frontmen on the live music scene, Caleb Followill remained relatively quiet, despite tipping his hat to the Scottish crowd the band have grown so fond of, and telling fans to keep their eyes out for the boys around Glasgow pubs before they head down south for Reading and Leeds Festival.

As their set rolled on, the band continued to pull out a stream of hits and fan favourites, despite a brief cut in sound, but the band were not phased as they launched straight back into their blistering set. One of the defining moments of the band’s career, 2004’s ‘The Bucket’ provided one of the biggest singalongs of the entire set, a true testament to the longevity of their incredible songwriting. ‘Supersoaker’, ‘Use Somebody’ and ‘Knocked Up’ rallied the entire crowd in euphoric singalong scenes that will be tough to top, that was until the set finished with the band’s biggest hit to date, ‘Sex on Fire’. One of the biggest tracks of the 2000’s and still an absolute favourite for indie-rock fans, the anthemic song remains timeless, and the scenes at Summer Sessions were the perfect representation of how these four relatives have developed a back catalogue of enduring indie-rock classics.