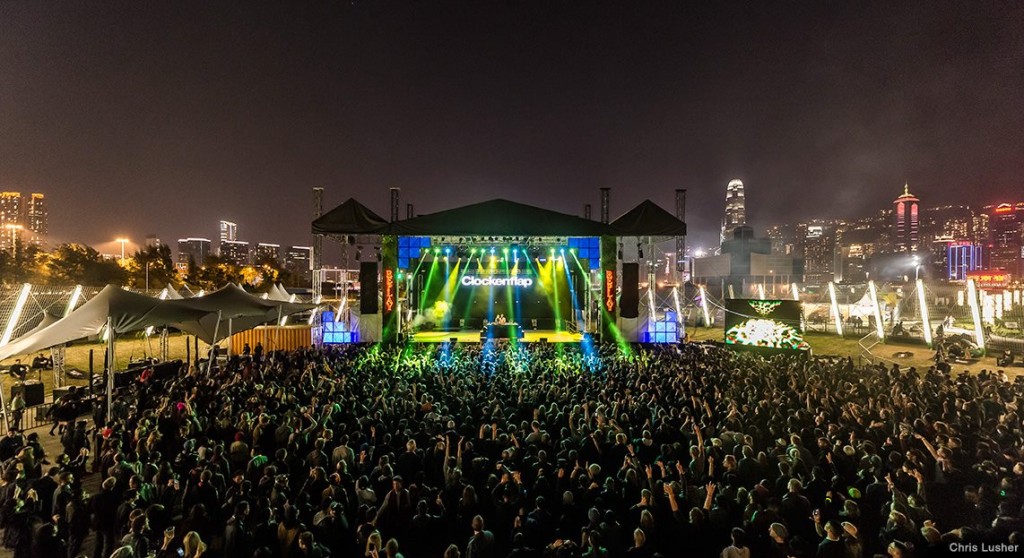 Last week, Tenement TV travelled the thousands of miles to Hong Kong’s music and arts festival, Clockenflap. On the banks of the harbour of Hong Kong island, the festival takes place in the West Kowloon Cultural District which made for a unique and dynamic setting. With festivals in the UK setting up camp in green forests and farms, Clockenflap knocks them out of the park smack bang in the hustle and bustle of city life. 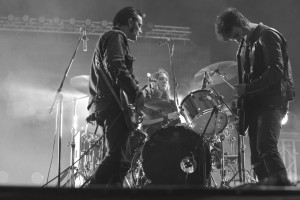 On the opening day of the festival, Black Rebel Motorcycle Club headlined the stage. Since opening up pockets of fans in Asia, the band enjoyed a great turnout that saw them take classics from the back catalogue and new songs from their recent release Specter at the Feast.

We caught up with the band backstage. Read our interview HERE.

On Saturday disco beats and iconic tunes came from the main stage as Nile Rodgers played with his infamous band, Chic. Getting the party started, Chic played an impressive set full of Bowie, Diana Ross and Sister Sledge. Read our interview with Nile Rodgers from Wickerman festival here. Scotland’s very own Nina Nesbitt crashed the stage as a backing dancer during the set, posting the footage on her social media.

As the rest of the day unfolded, The 1975 and Franz Ferdinand took to the stage, both playing to good crowds.

The 1975 were blown away by the crowd, saying “wow there’s quite a few of you here”, clearly surprised at the turn out. With Two Door Cinema club pulling out due to illness, the band benefited from a great slot with the crowd absolutely loving the guitar-driven set. The band played lots of material from the new album and some fan favourites from older EP’s including Sex and Chocolate. 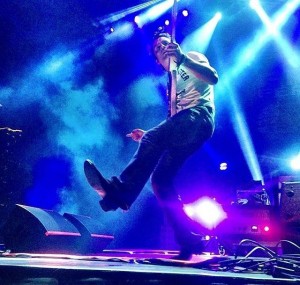 Hong Kong embraced Scottish band Franz Ferdinand,  with a 40,000 strong crowd there all singing and dancing along. Great to see a Glasgow band so popular at the other side of the world, the band have recently released new material which was extremely popular with the crowd.

Tenement TV caught up with the band backstage as the discussed their love for their label and local Glasgow bands impressing them: “We love being on Domino, we wouldn’t want to be on another label.

“It’s a personal relationship as well. We deal with the guy who owns Domino, that’s who we deal with. We have dealt with him since day one which is amazing.

“From back in Glasgow, we love The Amazing Snakeheads. They did a wee show in London and they played with us at QMU. I think they are an intense, amazing band.”

A diverse and captivating scene is emerging out in Hong Kong, Clockenflap and its centralised location and diverse line-up is only testament to that. With other festivals popping up around Asia such as Laneway Festival Singapore and Music Matters, bands that are selling out headline tours in the UK like The 1975 and Franz Ferdinand are benefiting from excitable crowds in breathtaking landscapes.