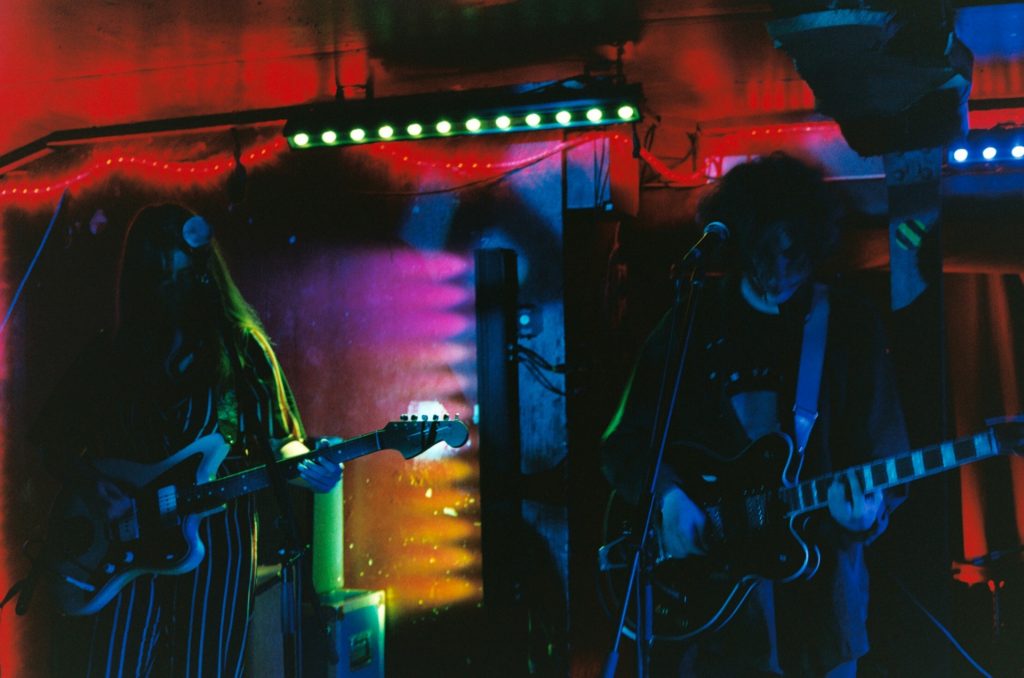 DUNDEE’s Sahara have returned this week with the surfy shoegazing sound of ‘Follow On’. Ahead of its release, Tenement TV caught up with guitarist Megan McNally to chat about the band’s latest offering.

“It was something that was just hanging over us. I only just decided on Monday to put it out this Friday, which seemed a bit mental, but it was also nice not to overthink a release, which is what usually happens. We’ve also come to realise that the longer we leave songs sitting unreleased, the more we grow to hate them, and we didn’t want that to happen with this song because of how happy we were with it after recording.”

Clocking in at bang on 6 minutes, ‘Follow On’ grows as the song continues, as it becomes layered with more sounds and tones, culminating in a striking chorus that is a stark, singalong contrast to the trudging, introverted feel of the verses. The thunderous tone of the bass throughout this track provides the perfect compliment to the minimalist, shoegaze sounds of the vocals, dripping in fuzzy-pop influence and perfection.

“A German band called Neu! were a big one for this track, and also The National. We wrote and released our first EP when we were 17, so our influences have naturally changed as our musical knowledge and tastes have expanded. I think this track has conveyed that relatively well, but I also think that our influences have been more of a subconscious thing throughout writing processes. We never really set out to sound a specific way.”

Sahara are enjoying a rather spontaneous start to their year, dropping ‘Follow On’ seemingly out of nowhere, finding enjoyment in the more relaxed approach.

“We actually have no plans at all so far. It has been really nice taking a more relaxed approach to things and releasing music purely for the sake of releasing music without the pressure of having some sort of subsequent grand plan behind it. We’re just seeing what happens!”