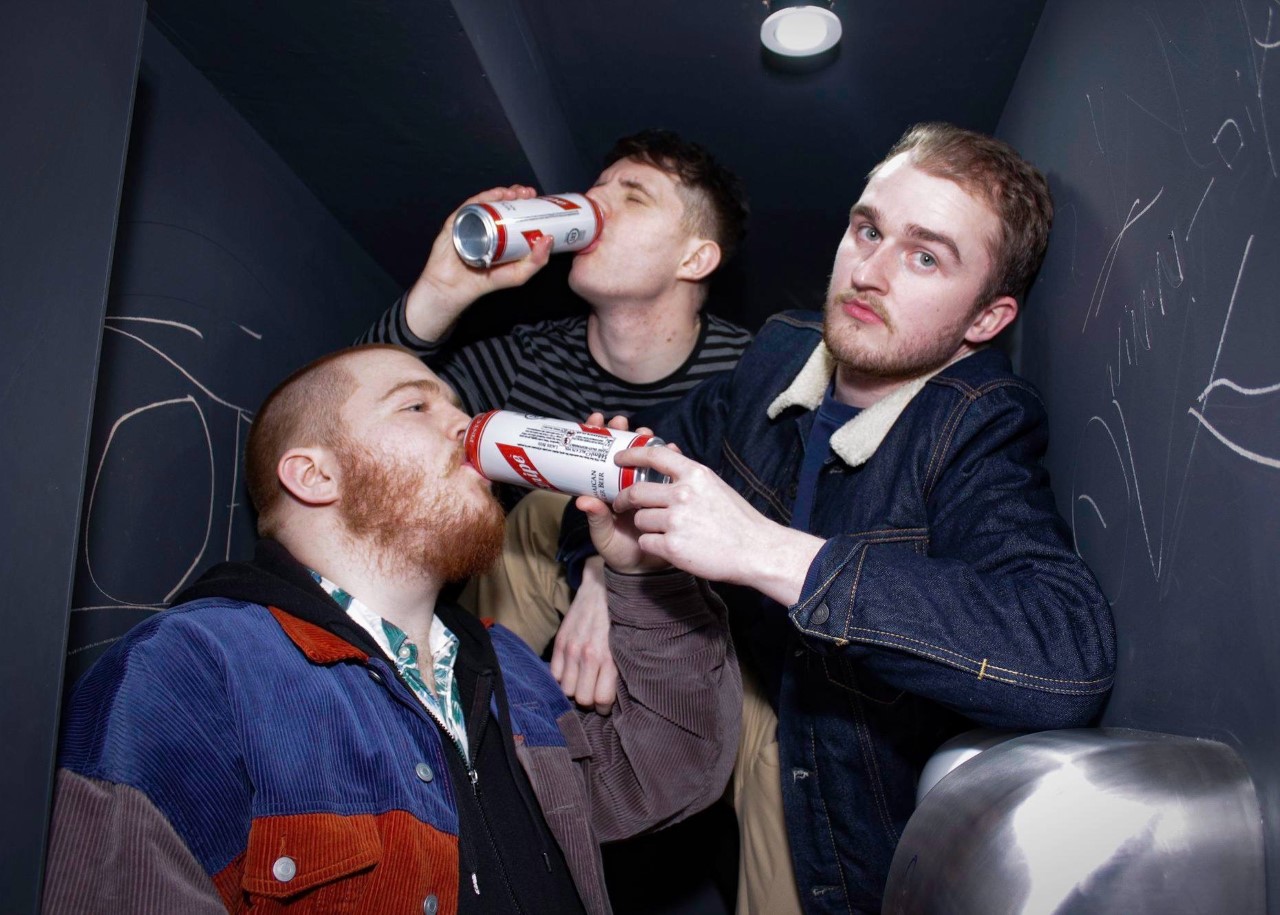 WHEN it comes to producing loud, ferocious, brain-meltingly intense garage-rock, few bands in Scotland have perfected the art like Shredd. There are no half measures when bringing the trio’s colossus sound to life  – thunderous drums meet massive sounding basslines which meet even bigger reverb-heavy guitars. It’s a glorious concoction that replicates the volcanic energy of their now renowned live shows.

Almost a year to the day since they unveiled their fiercely impressive ‘Eat Your Enemy’ EP on Fuzzkill and a couple of months after the incendiary ‘Rot’, the trio are back with ‘Freak Out’; a track we’re delighted to premiere here on TTV.

Already a live favourite and sure to incite chaos when the band headline King Tut’s Summer Nights next week, the track opens with a straight-up driving riff before jolting to life with an onslaught of raging guitars, crashing cymbals and foreboding muscular rhythms. Charging through at a relentless pace, the ferocity briefly subsides at the half way mark for one of the band’s most dynamic and well-executed breakdowns yet – razor sharp riffs build climatically and unnervingly into a wild, monstrous outro. It’s hard not to imagine the mosh pits opening up around you, bodies flailing over shoulders as it hurtles to its conclusion with reckless abandon.

The band said of the song: “‘Freak Out’ has been in our live set for a while and it seems to be a favourite when we play. Lyrically the song is about overthinking and reading into situations too much, the issues that can cause for you and the others involved.”

Bolstered by a significant effort to capture the loud, aggressive sound of their live show on record, the band’s lo-fi allegiance is still very much present and correct but there’s signs of refinement and and development here that make for an enthralling advance. While many artists are eager to streamline their sound as time goes on, Shredd are the refreshing antithesis to this approach; the destructive capacity of their sound is all part and parcel of their package but so is the depth, diversity and brazenness of their musicianship.

The band added: “It just seems to be getting heavier to be honest, which we like! We like to play about with different things and styles, but we come back to big riffs and lots of volume most of the time. When we play live it’s usually louder and more aggressive than on record, so with our latest recordings we’ve tried to get to that live sound on record!”

It’s only right then that the band should bring their ferocious live show to this year’s Tenement Trail which moves to Glasgow’s East End for the first time in September, they said: “We’re really excited! We played a couple of years back and it was a load of fun, it’s really cool to be a part of the first Tenement Trail in the East End of Glasgow – especially when the line up is so good. We’d be there even if we weren’t playing”

First up though is a headline show at King Tut’s Summer Nights on Thursday 15th August where they will head up a bill featuring Sobriety, Gelatine and Messed Up Youth. Tickets are available here.

Meanwhile, check out the premiere of ‘Freak Out’ below.

The Murder Capital 'More is Less'