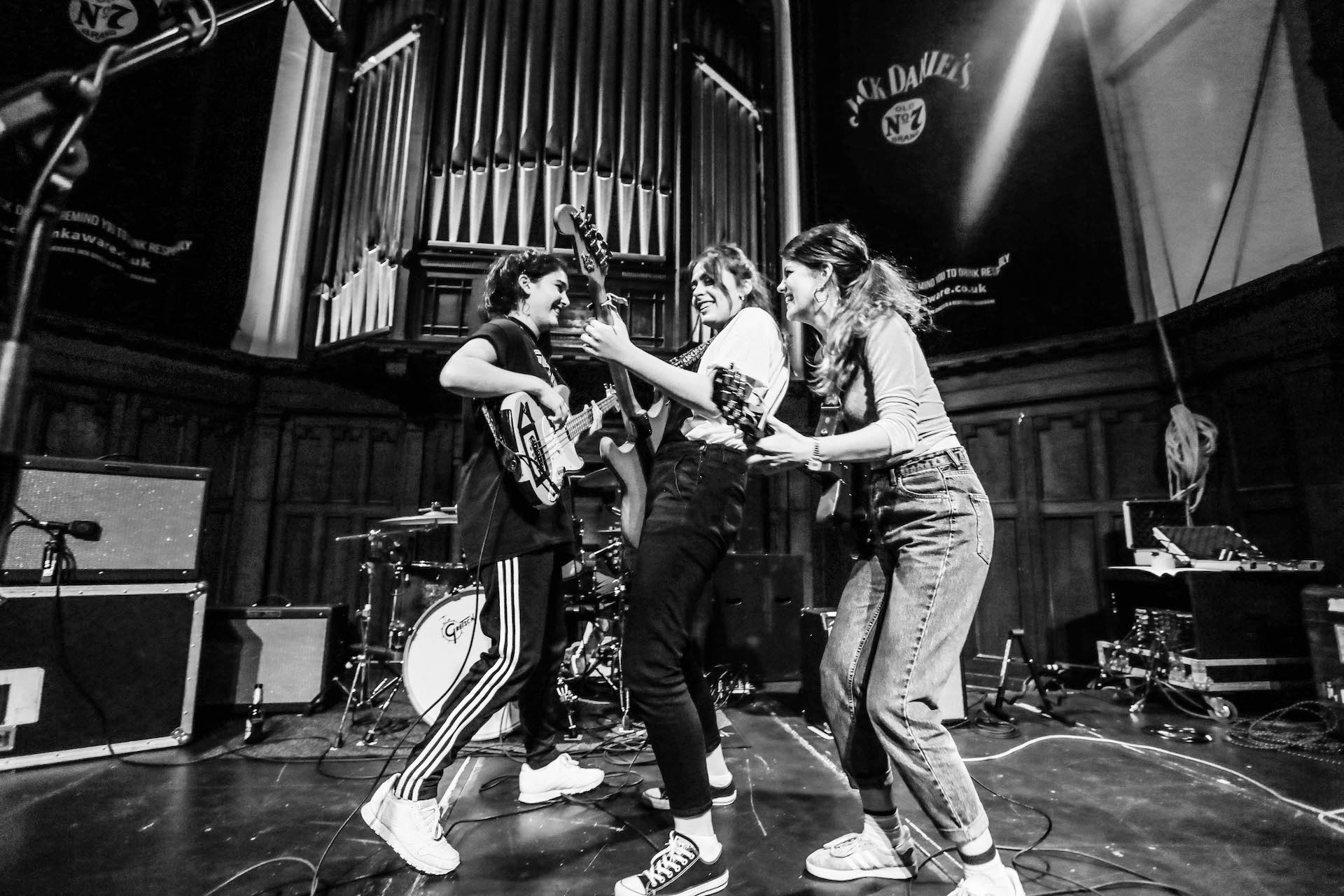 MADRID-based four-piece Hinds poke fun at those who give them unsolicited advice on their new single ‘Just Like Kids (Miau)’.

Following ‘Riding Solo’ and ‘Good Times Bad Times’, the track is the latest preview of the band’s forthcoming third album ‘The Prettiest Curse’ which is slated for release on June 5th via Lucky Number.

A witty, light-hearted rebuttal to all of the hilarious questions, sexist comments and unwarranted advice they have been given in their time as a band, it’s a track that is brimming with confidence and personality.

They said “Miau is a cocktail of all the comments and “advice” we’ve had to listen to during all this years in the band. From random strangers, “friends”, and industry. Oh wait…the guy sitting next to you in the bus probably has an opinion too! If you wondered how does it feel to be a girl in a band, here you go”

Like the singles that have come before it, ‘Just Like Kids (Miau) indicates a shift towards a more widescreen sound for the group. Still retaining that raw, untamed garage-pop energy, the band seem to be harnessing the full extent of their pop prowess on their new material – bringing together big bold choruses, vibrant melodies and empowering themes.

Check out the 90s-inspired video for the new single below, directed by Keane Shaw.