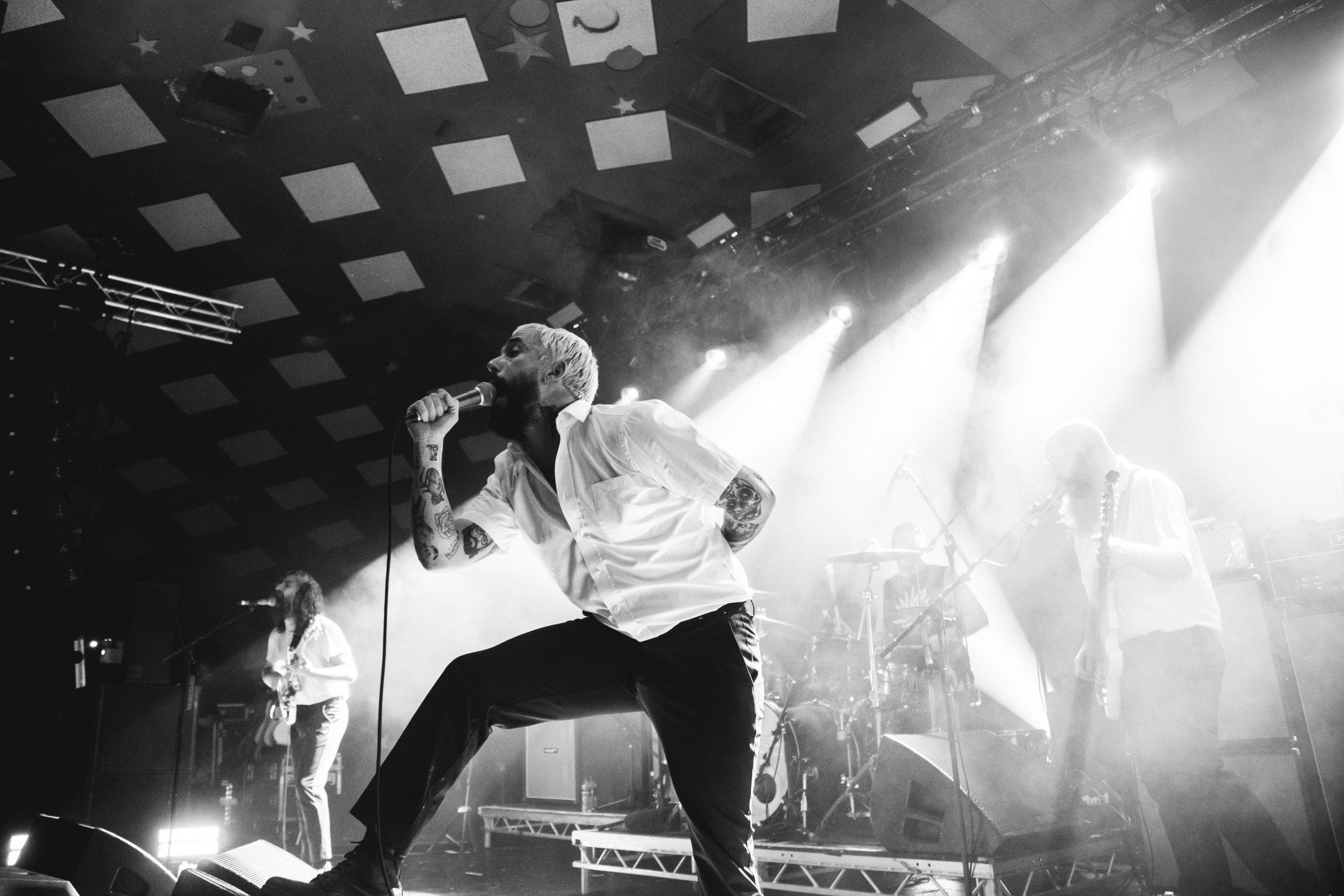 IDLES are back with the second single to be taken from upcoming third album ‘Ultra Mono’ due out on September 25th.

‘Grounds’ kicks off with an intro that wouldn’t sound out of place on The Streets debut album and although it’s a more electronic sound it still packs a punch with frontman Joe Talbot asking “Do you hear that thunder?” followed by “That’s the sound of strength in numbers” repeatedly throughout with the same raw energy we’re used to.

The much anticipated follow up to 2018’s ‘Joy Is An Act of Resistance’ was recorded in Paris and will feature 12 tracks including a collaboration with Savages front woman Jenny Beth on ‘Ne Touche Pas Moi’, as well as an appearance from jazz pianist Jamie Cullum.

Along with the release date confirmed, they have also revealed plans for three exclusive live studio performances ahead of the albums release due to take place at the end of August, recorded and streamed “from an iconic studio” with fans able to purchase tickets from today.