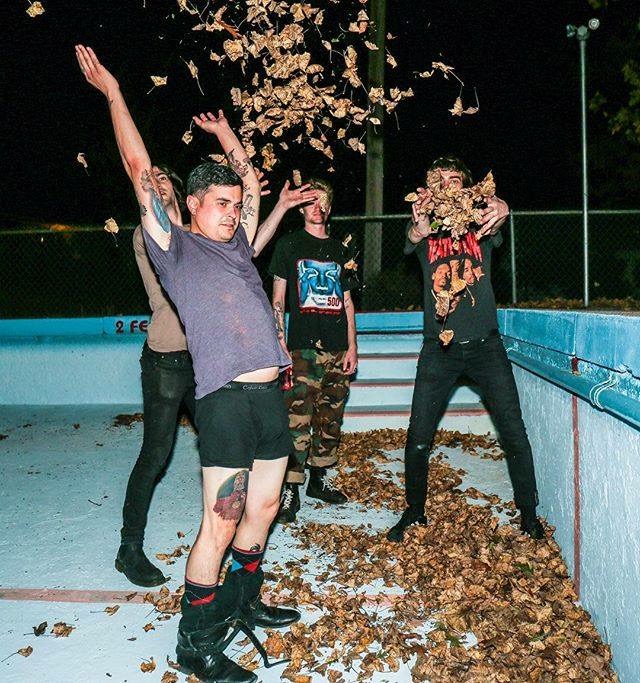 THERE’S always a sense of palpable excitement when a band that has all of the attributes to be embraced by the notoriously open-minded U.K. audience makes their inaugural trip to these shores, armed with a litany of tunes that will find their way from the receptive minds of those in attendance and into their hearts. For Brooklyn noise poppers Acid Dad, it seems like a prerequisite that this will be the case.

Set to get underway in Amsterdam before eventually making their way to a renowned locale on Glasgow’s Sauchiehall Street, the band have just proven exactly why they’re such an alluring proposition on recent single “Marine.”

Taken from their Greenway Records released debut album, the track invokes the spirit of the city’s garage rock tradition and penchant for infusing dissonance with poppy hooks before dousing its more barbed elements in a salve of psychedelia that recalls artists such as Spaceman 3 and Wooden Shjips.

Released alongside a cinematic new video, the band have elaborated on the concept behind this new accompaniment by stating that it follows “Two slacker teenagers pledge to torment two weekend getaway couples after crossing paths on their upstate turf.”

With a reputation for riotous performances in tow, the band will head to the UK in May for a slew of shows including a date at Glasgow’s Nice N Sleazy.

Check out the video and all of the tour details below:

PREMIERE: Honeyvale 'Up All Night (Acoustic)'