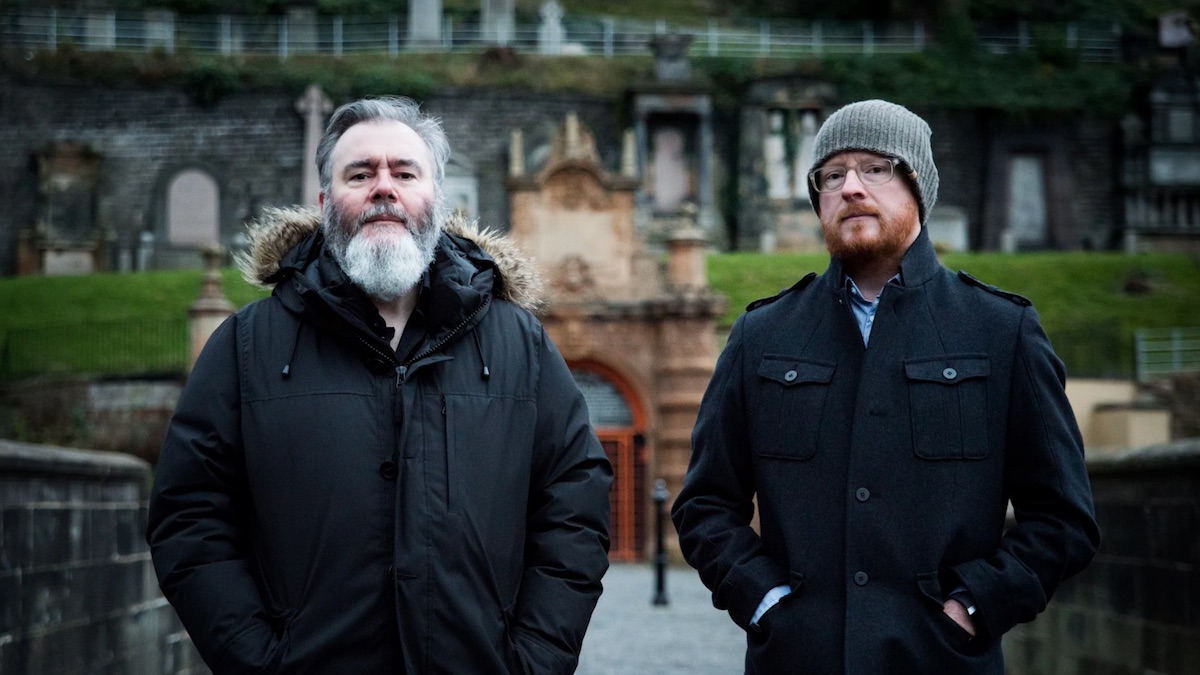 ARAB STRAP have announced their first new album in 16 years. The appropriately titled ‘As Days Get Dark’ will be the first full-length album from the duo since 2005’s ‘The Last Romance’, with Moffat saying “It’s about hopelessness and darkness. But in a fun way. This album feels like its own new thing to me. It’s definitely Arab Strap, but an older and wiser one, and quite probably a better one.”

Lead single “Compersion Pt. 1” follows the duo’s September comeback single “The Turning of Our Bones”, which will also feature on the record, and it gives us another glimpse into this ‘older, wiser’ version of Arab Strap. The trademarks of their sound are still there, Moffat’s bleak, wry lyrics are delivered with signature sardonicism over a smorgasbord of sounds and textures, but there’s some notable contemporary touches thrown in to its percussive beats and rich production.

Moffat says it “depicts a quest to find the ever-elusive unicorn; to bond fluidly — and safely! — with the like-minded and adventurous, in the comforting arms of an anonymous hotel… and the stark realization that you never really wanted it.”  Listen below.

‘As Days Get Dark’ will be released on March 5th via Rock Action.