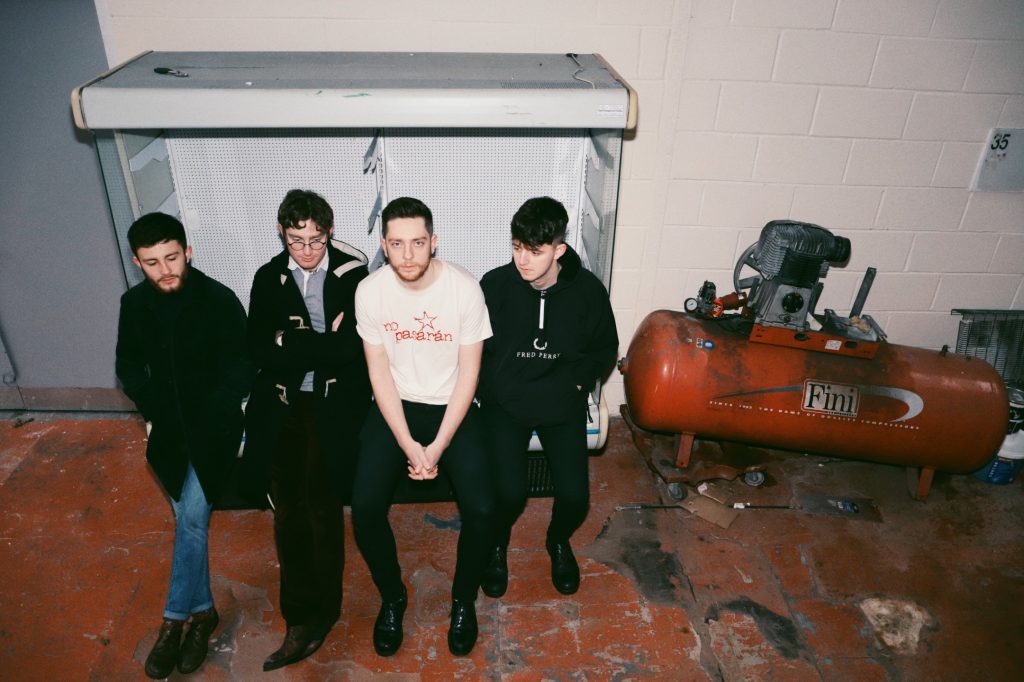 SCOTTISH indie-punk four piece Bad Hombres have returned with their latest single, ‘Don’t Panic Steven’. In their latest thrashy, melodic punk-tinged offering, the band express their anger with one of their heroes, who has caused as much outrage as they have enjoyed adulation.

Throughout 2018, Bad Hombres have been working with one of the most respected contemporary Scottish musicians, the View’s Kieren Webster.

“Working with Kieren throughout 2018 was unreal, definitely one of the major highlights of our short time as a band! The pre-production we undertook on the six tracks we recorded throughout the year was first class. It massively improved the tunes and our sound as a whole, and we learned so much. Obviously he’s a massive figure in the Scottish music scene and has achieved so much with The View, who we’re massive fans of, but he’s genuinely nice, down to earth… top man. It’s been class having a laugh in the studio alongside him and Scotty Anderson (the genius who runs Magic Box), and he’s given us more than a few tours of Dundee’s infamous pub circuit. Some stories by the way!” 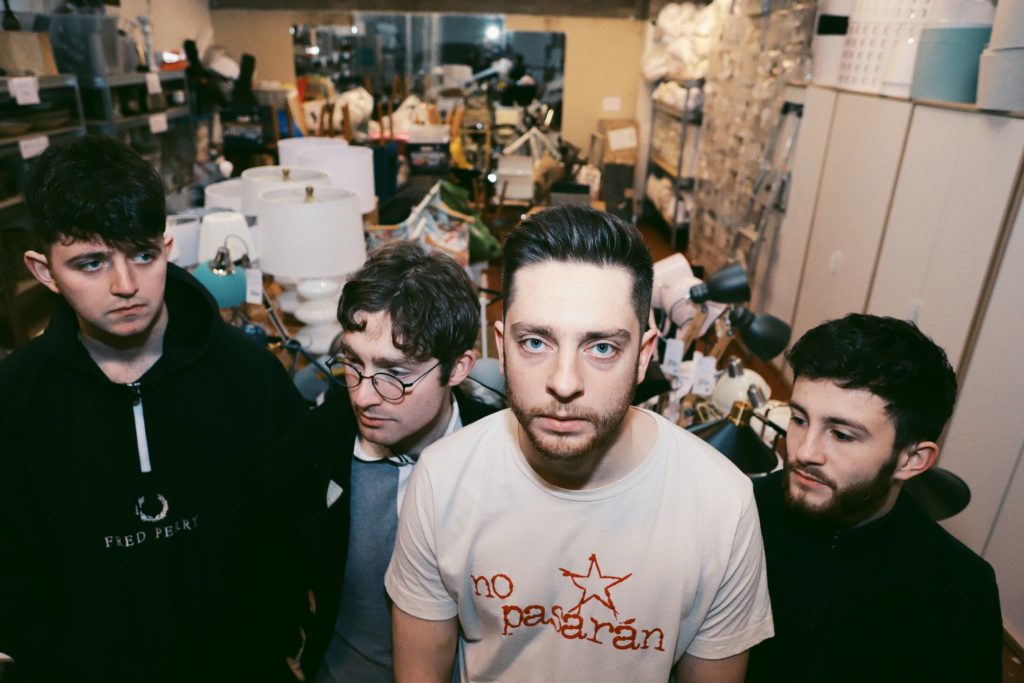 Bad Hombres have enjoyed a whirlwind journey in their short time as a band, fuelled by their political post-punk sound.

“Non apologetic, confrontational, politically-driven punk. We don’t sit on the fence, we’ve knocked it down and said this is how we see the world and how it should be run. Our music blends a deep-rooted, relentless bass with sharp, brooding guitar hooks to create an electric paced post-punk sound. Throw that sound in with anti-fascist, internationalist, socialist lyrics and you’ve got Bad Hombres.

Bad Hombres’ latest single however, drift further away from the political-driven punk they have cultivated and tackles a slightly different issue.

“We’re definitely riding a wave with ‘Don’t Panic Steven’. It’s slightly less political than what we’ve released so far, but it follows the same pattern. We’re disappointed and angry at the fall of one our heroes, Morrissey, and we’re not happy to sit back and let him get away with it; he needs to be held to account. People will follow him no matter what bile comes out of his mouth and it’s not right.”

‘Don’t Panic Steven’ is a rousing, impeccably-crafted slice of punk perfection. It’s arrival marks a huge sign of things to come in the world of Bad Hombres.

“We’ve got massive hopes for 2019. We kind of broke onto the scene in the last half of 2018, so we want to build on that and keep playing higher profile gigs to bigger audiences up and down the UK. We had a taste of London in October when we played a filmed set for Ratchet Presents and we definitely want to play more down south. The debut EP is coming out at the end of February which will push us into different cities. Saying that, we’d consider it a good year Theresa May had her day in court.”

The Ninth Wave 'Half Pure'

Man Of Moon 'Ride The Waves'