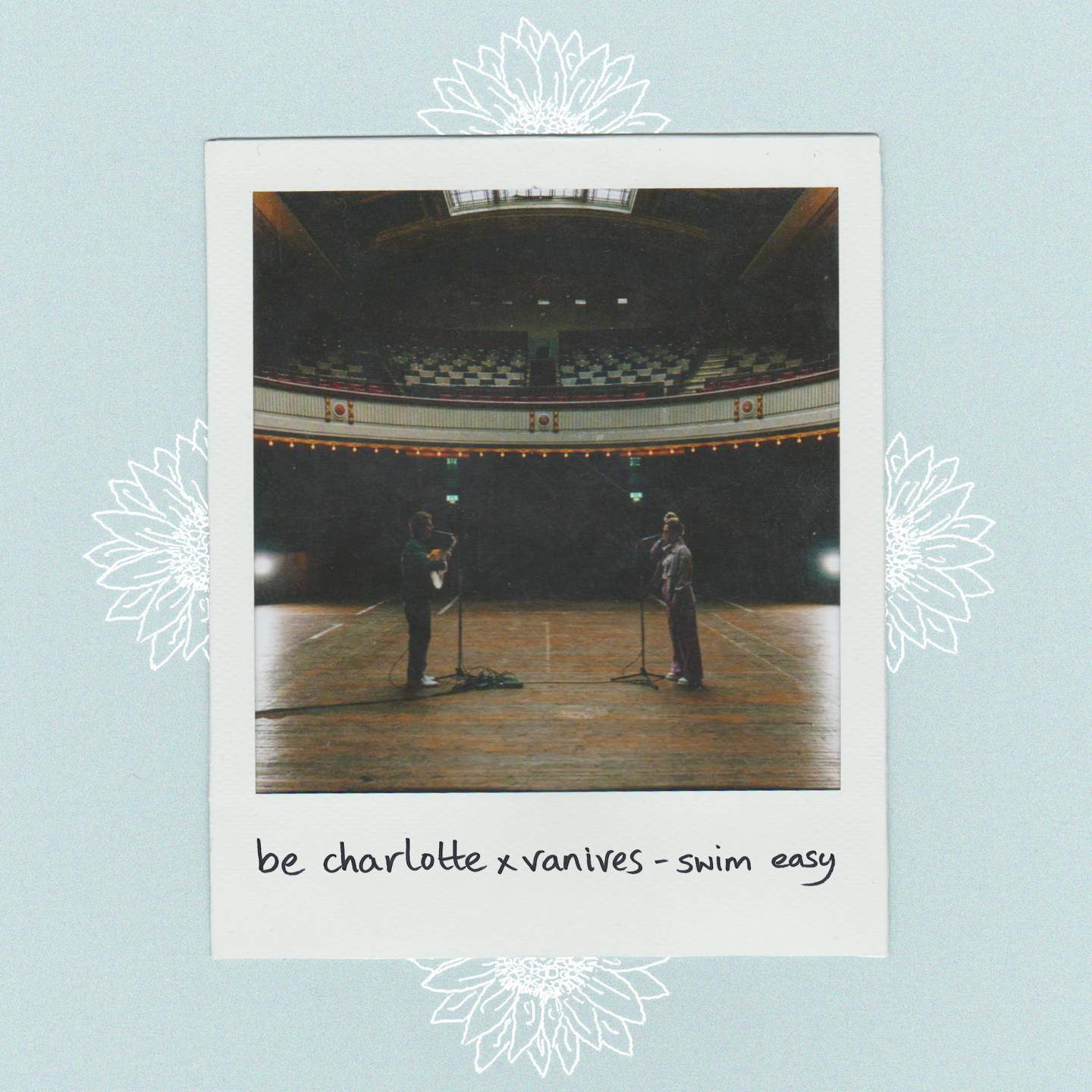 BROUGHT together by our very own TTV Collective initiative, we were delighted with the news that Be Charlotte and VanIves were officially releasing their collaborative single ‘Swim Easy’.

Written by Charlotte and the band’s Stuart Ramage before being produced by Roan Ballantine, the pair showcase their respective lyrical talents on the stripped-back track. Written from the perspective of a shared relationship, it’s an emotive song that highlights the importance of speaking your truth.

Gently delivered yet absolutely entrancing from start to finish, it’s a stunning piece of work.

In an interview with TTV, the pair discussed their inspiration from the track. Charlotte said “A lot of times we can all go through shared experiences without even knowing it and that was something we really wanted to highlight in this song. The starting point for the song was the lyric “i could swim easy, if i just stopped breathing” and we built the rest of the song around the idea of its easier to let it out and talk about things rather than keep it in and that things would be a bit easier if I just stopped caring as much. We wanted a mixture of moments that were emotional but also uplifting and ultimately saying I might make mistakes, or be worried but “At least I’ll try”

Stuart adds: “From the offset we decided to write a song in a duet style, from the perspective of two people in a relationship/ friendship. For me the lyrics came from a space in a relationship where you know it’s coming to and end but you’re are trying to drag it out to savour the last moments.”

Read our full interview with them here.