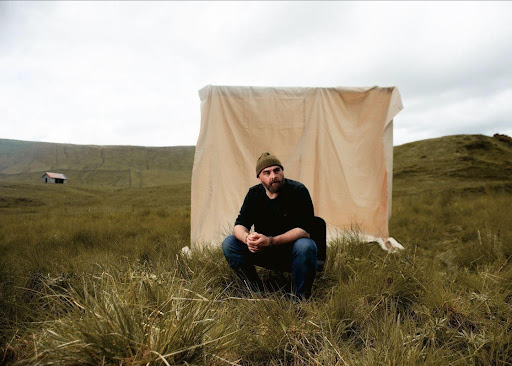 CONSTANT FOLLOWER, a Scottish four-piece known for their enticing mix of ambient dream-pop and experimental folk, are set to release their debut LP ‘Neither is, nor ever was’ via Shimmy Disc / Joyful Noise Recordings on 1st October, co-produced by renowned label founder Kramer.

The album has been previewed by new single ‘The Merry Dancers on TV’ – a song inspired by the Aurora Borealis and a time friends missed the opportunity to see them above  their  cottage  while  they  were  indoors  watching  a  documentary  about  them.

A reflection on the things we miss amongst all the hustle and bustle of modern living, it’s a dreamy lullaby that floats along with twinkling melodies and gentle vocal harmonies.

The track has been accompanied by the video below. About the video, the filmmaker Fiona said: “Making art together is something that transcends any distance and that was definitely confirmed over the period of making this film. Being able to work with a local band while being trusted with such a stunning song made any physical distance feel obsolete. Constant Follower’s choice to work with new and emerging artists for their videos meant that I, as an artist, was able to create something unlike anything I’ve had the ability to before. This is my second foray into stop motion and I have learned so much from this project alone- skills that would have taken me years to learn in any other setting. The film, at its core; is about connection and how easy it is to lose it if we start taking things for granted in life. I liked the idea that even the moon herself could tire of being taken for granted and head off on a holiday only for one child to notice it missing and go on a voyage to let it know how much it is loved and respected.”