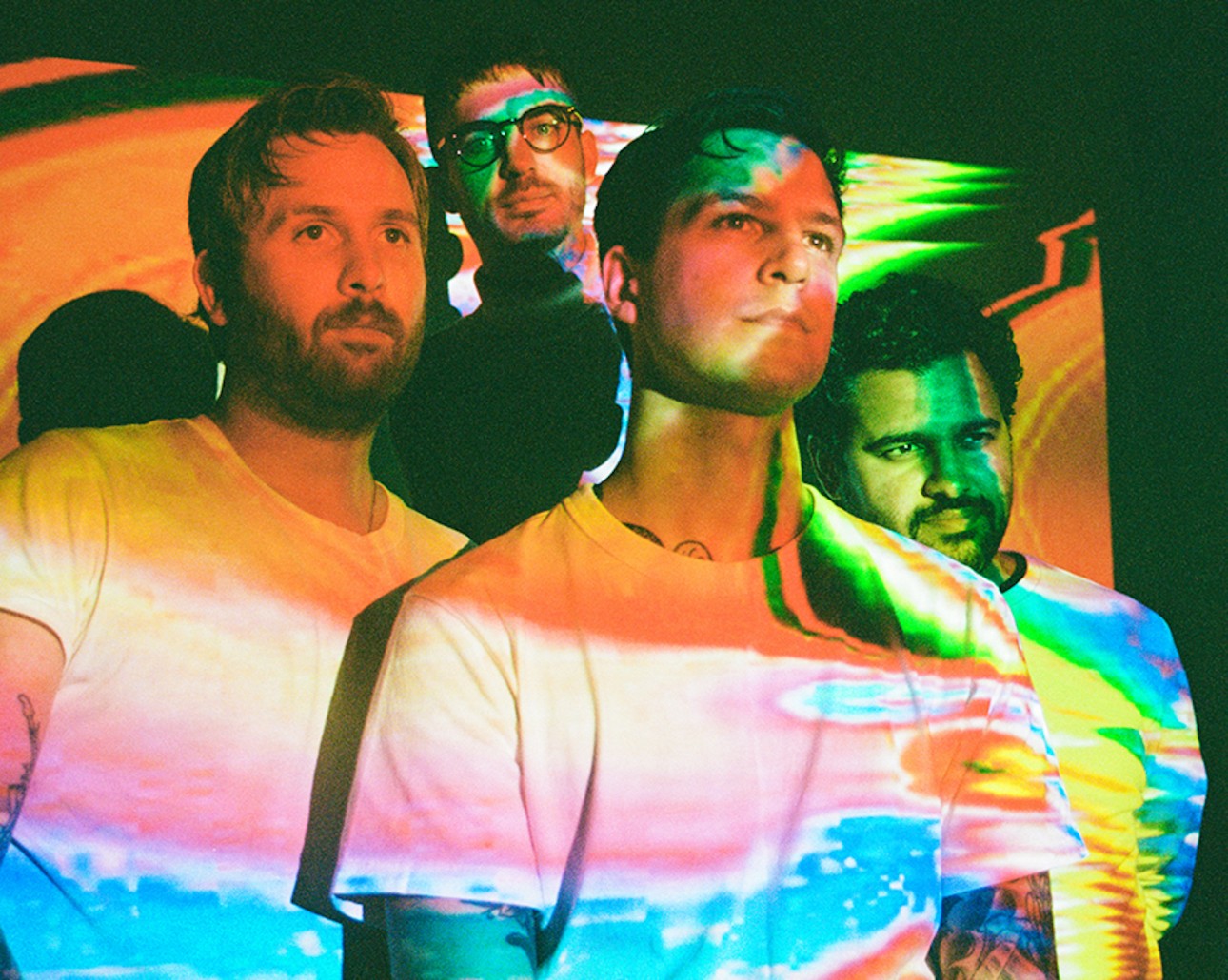 The new single is an incendiary return; one that sums up everything we’ve missed about the group. Filled with crunching guitars and noisy dissonance, it’s loud, catchy and characteristically unhinged. Exactly how to nail a comeback single.

Crows frontman James Cox says of the single, “”Slowly Separate” is about living in London, working a job you hate and just going through the mundane routine of hand to mouth living. Don’t get me wrong, I love London. It’s been my home for 13 years, and this song translates to any city and anytime you’re working a job that doesn’t fulfil you. When it gets to the end of the month, all your rent and bills come out and you’re barely left with enough to get through the next month. It gets to you, I’m sure a lot of people can relate. It just makes it sweeter when you are finally making changes in your life for the better and you can leave those feelings in the past.”

Speaking about the new album, he said: “We started writing the album in the downtime between tours just after releasing Silver Tongues in the Spring of 2019. We were really determined to follow up the album as quickly as possible and keep that ball rolling and we were creatively in a really good place.”

“Once we knew Covid was here to stay, we took the first break we’ve taken since we released our first single “Pray” in 2015. Being locked down for three months unable to finish the last bits of the record was very frustrating but it did mean we could come back to the album with fresh ears and make sure it sounded like it should: a true representation of Crows.”

“Beware Believers has felt like a marathon, a real endurance test that’s been a long, winding road filled with highs and lows and plenty of twists and turns,” Cox adds. “The majority of the themes on the album came from what was going on in the world around summer 2019, Covid wasn’t in our lives and the biggest impact was Brexit and the madness our government were putting us through. I was reading a lot of J.G. Ballard and Kurt Vonnegut whilst all this craziness was going on around us and it was a weird headspace to get into.”

See the video below.

Metronomy 'Things will be fine'