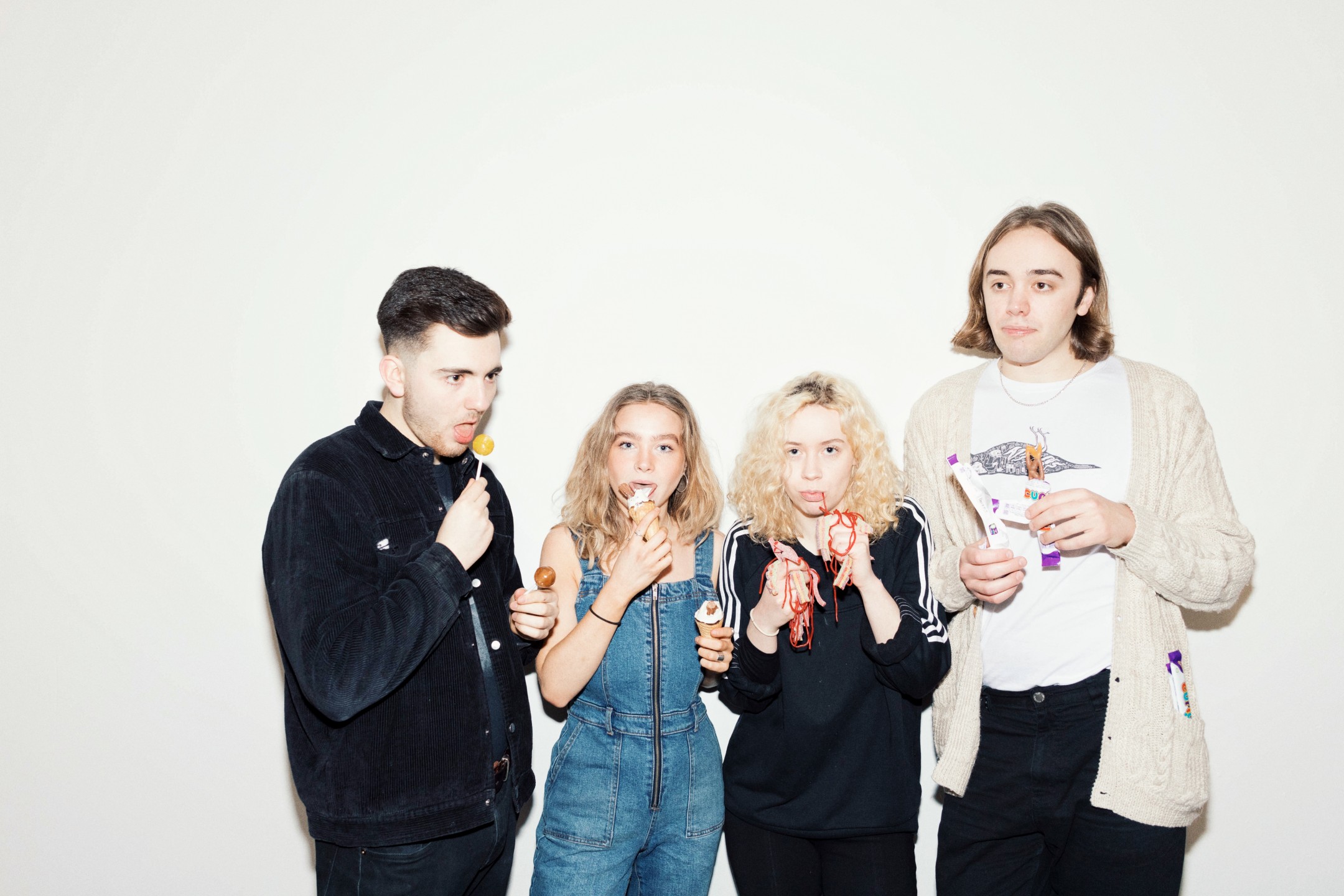 DAYS removed from their enthralling display at London’s Old Blue Last as part of the TTV Discover tour, CRYSTAL are back with a brand new single ‘Sugar Sweet’.

Another killer track to add to their increasingly impressive repertoire, ‘Sugar Sweet’ is anything but saccharine as its title suggests. Instead this is a raw and jagged slice of grungy rock that hits hard. Huge, heavy riffs rule the day, devilishly harsh and off-kilter at times while the band easily deliver one of their most addictive choruses to date; certain to incite utter chaos at their formidable live shows.

The success of the tune lies in Anna Shields’ incredible vocal display though; brimming with charisma as she addresses the object of her affections, effortlessly switching between hypnotic and sultry to a fiery menace with the click of a finger. Equally captivating in the live arena, it’s fair to say that she is quickly establishing herself as a formidable player amongst her peers.

A bold and brazen return from the four-piece, CRYSTAL are a band who continue to lay down one strong statement after another. It surely won’t be long before they receive the mainstream recognition they so rightly deserve.