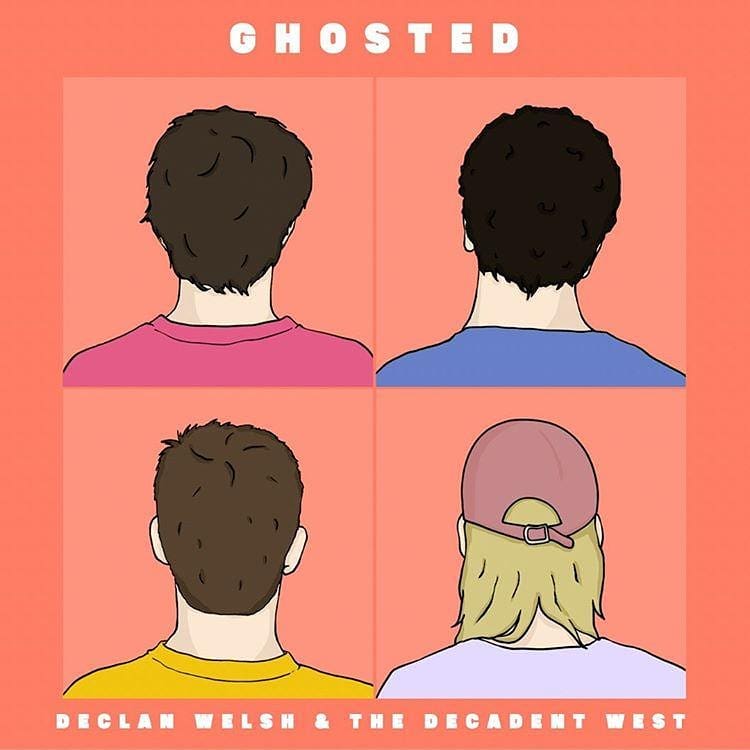 AT the end of 2019, Declan Welsh & the Decadent West’s  critically acclaimed debut ‘Cheaply Bought, Expensively Sold’ was crowned as our Top Record of the Year. An album brimming with punk attitude and indie anthems, it dug deep into relatable issues such as the mundanities of city life, austerity and friendship with sincerity, humour and at fiery anger. Inevitably, it was an album that struck a chord with a new generation of indie fans who have become enamoured with his endless charisma and lyrical narratives.

News of the band’s latest single ‘Ghosted’ arrived at the tail end of last week and while it may be a surprise that their first piece of new music is ready to be unveiled only a few months after their debut record, it has already received a rapturous response online.

Picking up where he left off, ‘Ghosted’ continues with the indie-rock anthemics delivered on his debut but there’s also evidence that he’s been honing his pop credentials. Familiar in its sharp melodies, charismatic vocals and singalong choruses, the track also features a sweeping synth-heavy middle-8 that’s soaked in nostalgia, reminiscent of The Cars ‘Just What I Needed’.

Exploring the trials of tribulation of being “ghosted” by a love interest, it’s a fun and brilliantly addictive return from Declan Welsh and his band The Decadent West.