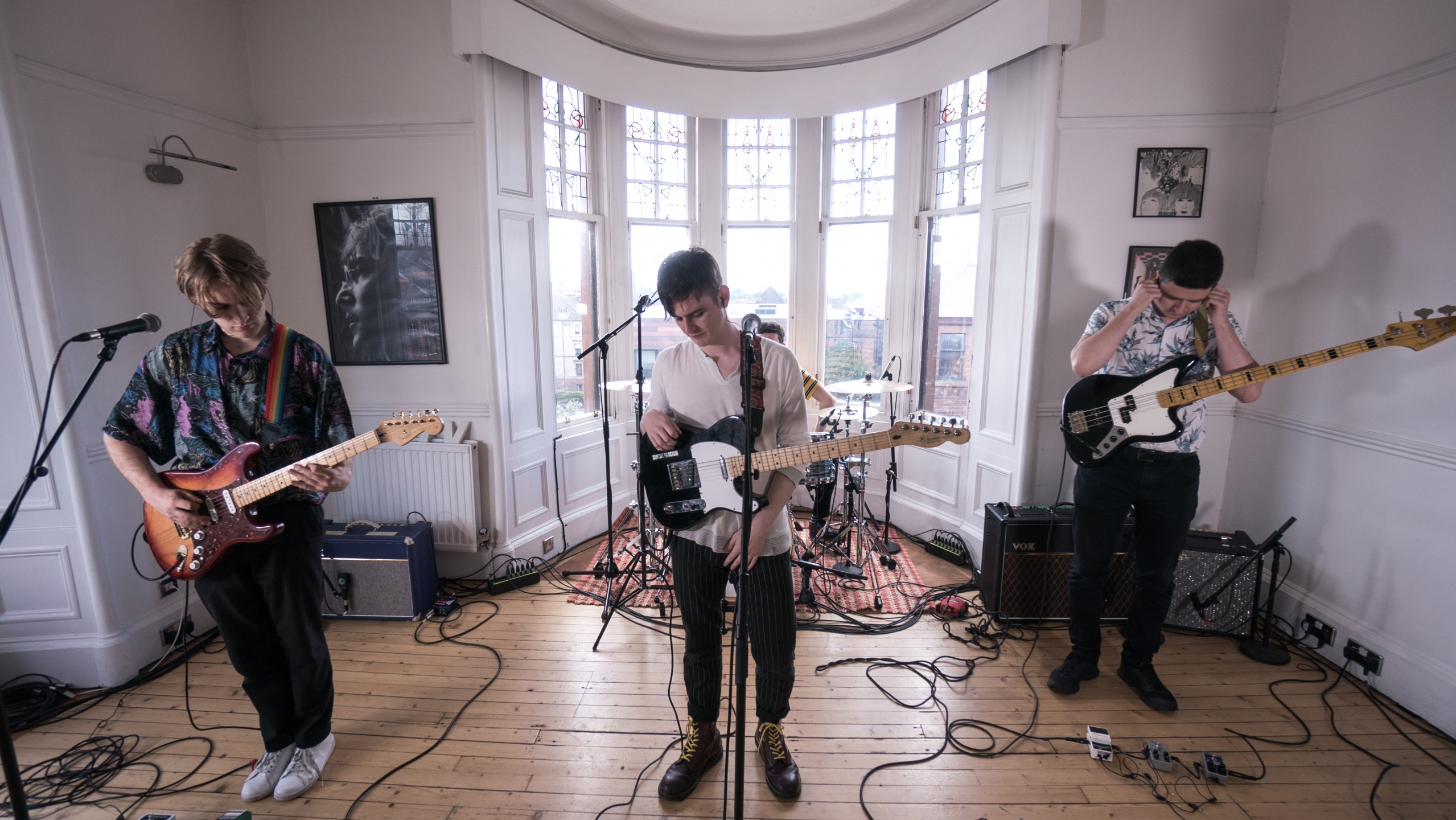 THE sticky floors, the DJ lost-causes, the sickly sweet odour of sweat and alcohol in the air  and the tales of fleeting romance. We’ve all had a night out in our local nightclub – the type of place you go to for one hedonistic night to escape the mundanities of the day to day. It may be a bit of a dive and the tunes may be rubbish but it’s an intrinsic part of growing up, a place where the aim is to get blitzed and dance like no one is watching.

For Declan Welsh that place is Downtown in East Kilbride. On his latest track ‘How Does Your Love’, the Glaswegian poet and incendiary frontman and his electrifying band The Decadent West give a nod to those regional nightclubs that have played host to countless seminal nights-out and dancefloor embraces.

Following the blistering ‘No Fun’ which has gained support from Radio 1’s Jack Saunders, the band have emerged with yet another indie banger. Full of funky swagger and sultry lead vocals, the track explodes to a life with a surging guitar-driven chorus that finds Welsh stretching out his falsetto. Lyrically sharp and evocative as ever, it’s an ode to kisses on the dancefloor and living in the moment. It’s as if the late-night groove of AM meets the youthful bravado and incisive storytelling of ‘Whatever People Say I Am…’

Declan says of the song: “ ‘This is maybe the easiest to misinterpret, I actually think this is a love letter to the power of provincial nightclubs. See, they get a lot of stick and yes I am not a huge fan of Downtown in East Kilbride. But see for 90% of folk, the f**king Berghain is a nightmare. Or like any f**king grocers come techno cocktail bar in Dalston. It’s pretentious and cool and it’s full of people who go to places to be seen going to places. See Downtown in East Kilbride for all its flaws, people go their to get blitzed and forget about their week. Their week has been sh*te, they know the place they’re in is sh**e but it’s not work so they embrace it. It’s also about how kissing someone on a dancefloor is a transcendent experience. Its lame as f**k and everyone around you hates you, but see when you meet someone you fancy on a night out and you both winch to music, no-one else in the world exists, yer hearts going a million miles an hour, it’s a rare moment of genuine tunnel visioned bliss. This song celebrates that.’

The track will be accompanied in a few weeks by an exclusive Mockumentary as-filmed in East Kilbride and starring Limmy’s Show comic legend Paul McCole.

Alongside ‘No Fun’, ‘Different Strokes’ and ‘Absurd’, the track will feature on the band’s debut album ‘Cheaply Bought, Expensively Sold’ which will hit the shelves on 18 October 2019 via the Modern Sky UK label.

New single ’How Does Your Love’, also arrives in the wake of the announcement of an extensive UK tour which will feature their biggest hometown show to date at Saint Luke’s on 15th November.