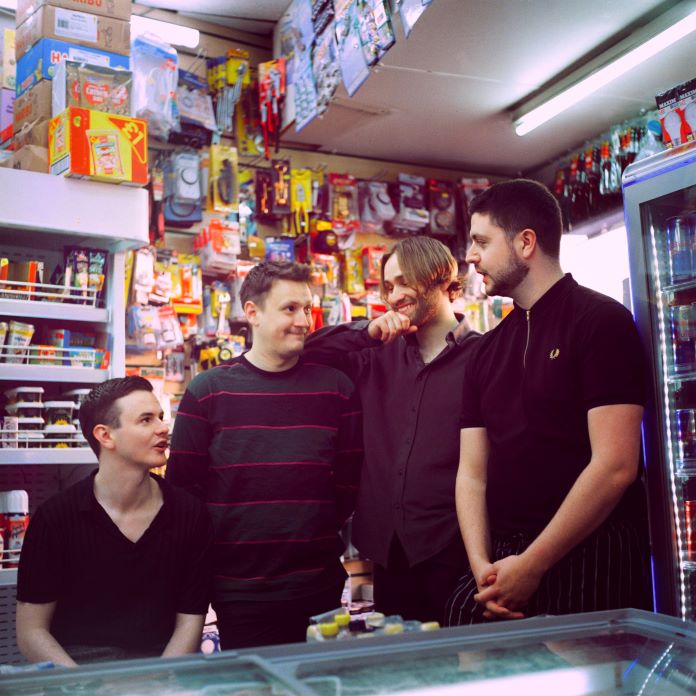 FRESHLY returned from a few recording sessions in Los Angeles, Declan Welsh & The Decadent West are back on home turf and readying themselves for three sold-out gigs at King Tut’s this weekend.

Ahead of that though, they’ve shared a brand-new single ‘Impermanency’ – said to be taken from a new EP which will follow in the next couple of months.

The new track marks further sonic development for the quartet as they  layer it with various influences to create a moody, reflective atmosphere, all while retaining those thick guitars and incisive lyrics.

Shifting from the political and personal, it’s a reflection on the fear and beauty of mortality.

In a statement on social media, Declan said “Our new single ‘Impermanency’ is out now. It’s a bit of a development for us sonically, much more about layering sounds and creating a mood through loads of parts. It was written at first just me on a computer, with it all coming from that drum loop and that hi-hat pattern in particular. It’s about death, really, and the terrifying inevitability of it. But the other side of that to even get to live is such a gift, even if it is fleeting, and possibly even because it is fleeting. It’s taken from an EP written over the past year or 2 which will be with ye over the next couple months.”

Listen to our Radar Track of the Week below.

Photo by Sedona May.

Kathryn Joseph 'the burning of us all'