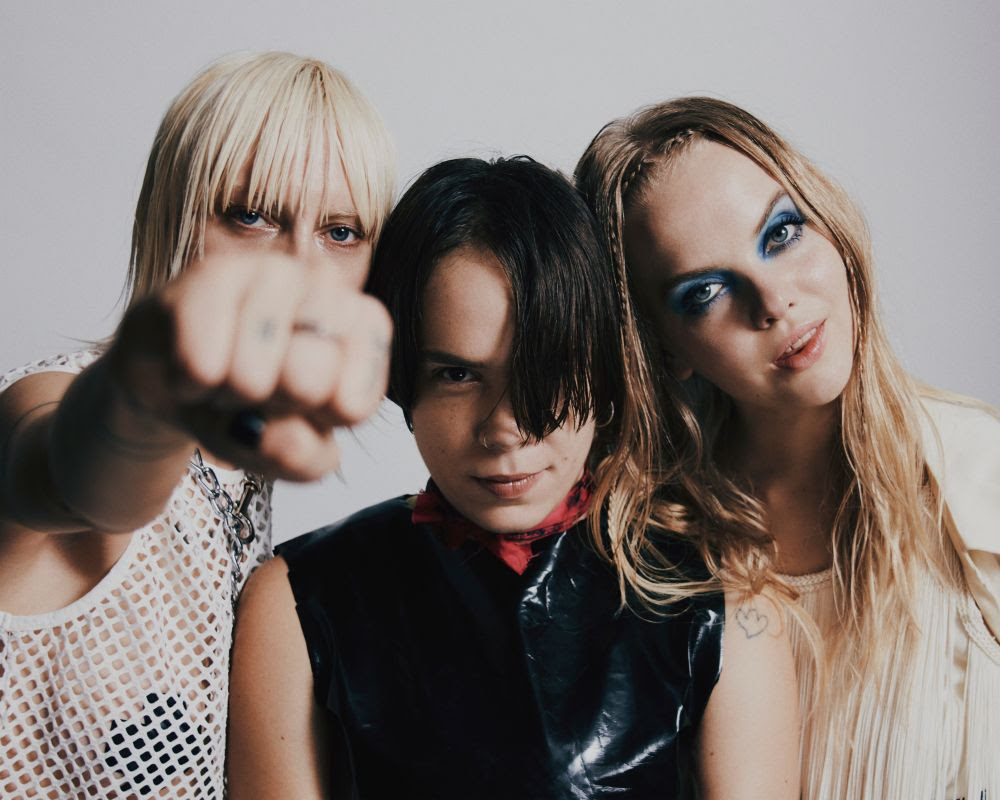 DREAM WIFE have announced details of their second album along with a cutting new single called ‘Sports!’

“Put your money wear your mouth is” Rakel Mjoll commands as the band christen the start of their next era with another sucker punch of a track. Brimming with confidence, attitude and cutting guitar riffs, it’s an apt continuation of where the trio left off – this time bringing their riot grrl inspirations to the fore more than ever.

With Rakel Mjoll in typically charismatic form, it’s a track that takes an equal parts satirical and equal parts celebratory look at the world of sport via electrifying guitars, winking vocal asides and schoolyard chants.

Speaking of the track, the band said “Sports! sits on multiple levels; of satire and celebration, of nonsense and commonsense, of the body and the mind, of IRL and digital,” they explain. “The video simultaneously plays with and celebrates ‘sports’ through multiple levels of reality and non-reality; exploring the nonsense of sports, toying with the seriousness of competition and the rigidity of rules while also asserting how important it is to be in your body, the joy of being in a team, the purpose in doing something for the sake of doing it, the endorphins and the sweat.

“Playing sports is great if that’s for you but there are so many other ways to be physical, to be with your body. For us, more often than not, it’s the rock show. Rock n roll is an extreme sport and we’re a team.”

‘Sports!’ is the band’s first new offering since releasing their critically acclaimed self-titled debut album in January 2018. It will feature on their eagerly anticipated second record ‘So When You Gonna…’ which arrives on 3rd July via Lucky Number.

When the new single was debuted on Radio 1 last night as Annie Mac’s ‘Hottest Record in the World’, Dream Wife revealed that they had worked with a team of non-male producers on the new record. A band who have always been strong advocates for female empowerment and gender equality, they have quite literally “put their money where their mouth is” as their new track depicts by working with producer and mixer Marta Salogni (Björk, Holly Herndon, FKA Twigs), engineer Grace Banks (David Wrench, Marika Hackman), and mastering engineer Heba Kadry (Princess Nokia, Alex G, Beach House).

Dream Wife’s Alice Go said of the experience “It was amazing to work with this community of womxn on this album who are supporting each other in an industry that is so male-dominated. It was a way of us practicing what we preach. It felt like an honour to be able to deliver this baby with these three amazing midwives.”

They’ve also launched a new podcast series that uses the same name as their forthcoming album. Each episode features in-depth interviews with different creatives. Go explains, “It’s an informative thing to feed back to our fans to be able to see about getting into certain industries. It’s about fostering communities. And it’s a skill share.”