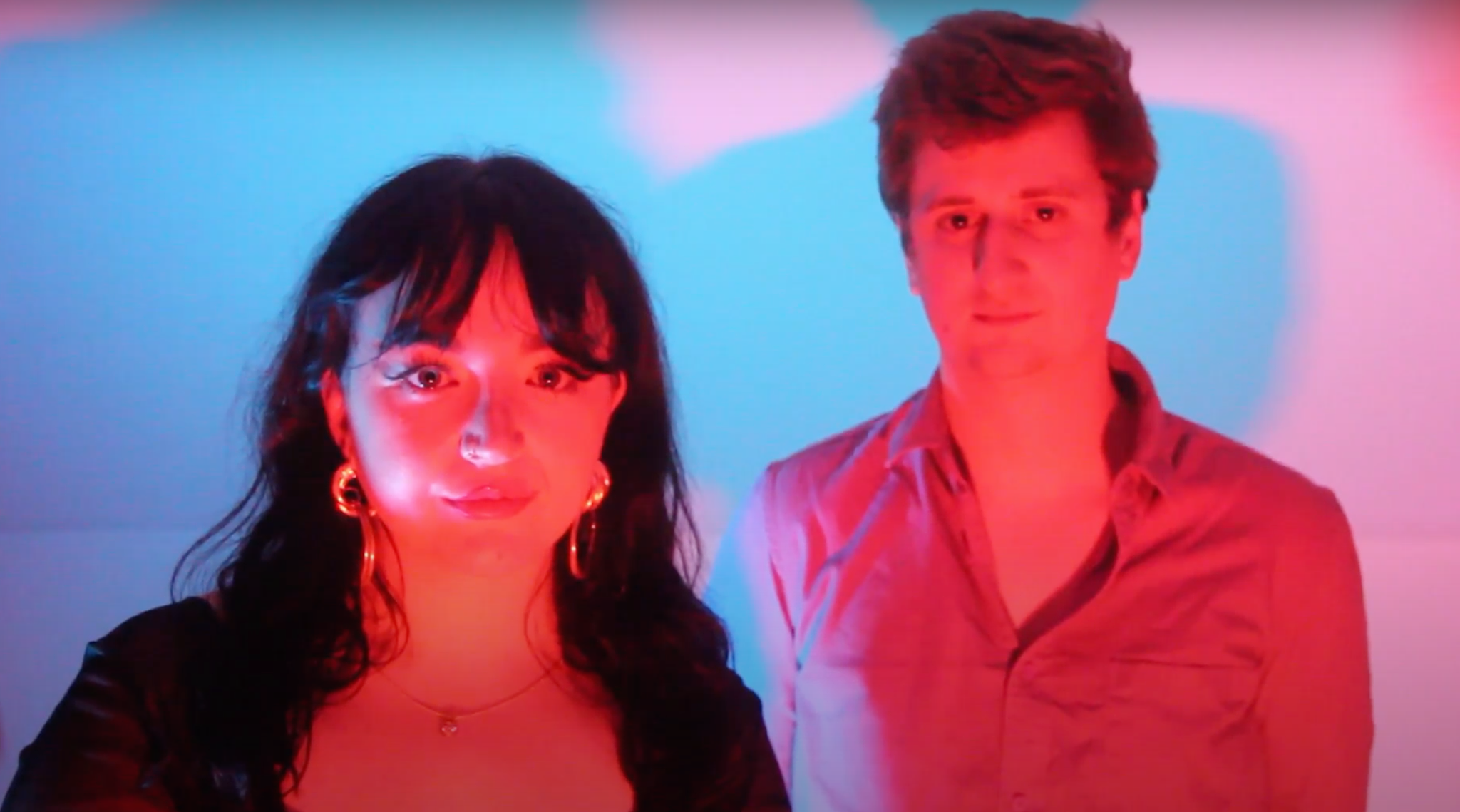 Tapping into the intimate nature of the track, we see the duo dance along under the glow of moody, psychedelic light, flitting between deeply atmospheric sequences and cleverly edited frames that are in sync with their pulsing synths and dreamy vocals.  Shot entirely in singer Linzi Clark’s bedroom and edited by Andrew Quinn, it’s a DIY eighties fever disco dream; a party that never wants to end.

Linzi said “’Lifeline is our late night song in the set, so we wanted to capture that sense intimacy between us and the camera.”

“We wanted to create a simple video that had a homemade feel but still an element of style. Last time we made a video (for Edge of Love) it was all about the concept and we really wanted to make a fun light hearted video that was a bit daft. This time we thought it would be nice to keep things simple and focus just on us and the music in order to encapsulate a similar atmosphere to when we play it live.”

“ As we were limited with locations due to lockdown, Andrew came over to my flat and we filmed it all in my bedroom using some lights, a green screen and some frames and we started to shoot a mix of performance, dance and still shots and then we edited it all together and were pretty happy with how it turned out! It was nice to have full control over it from start to finish!”

‘Lifeline’ was released back in July and has been described as the duo’s most vibrant and ambitious single to date. We said “Lifeline’ opens in soft, understated fashion before taking their ethereal electro-pop to new cosmic heights – trading in the immersive dream-pop explored on previous singles for an emphatic invite to the dancefloor and a night spent under the glittering shards of a disco ball.”