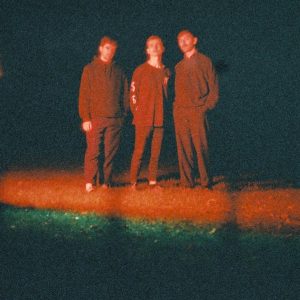 DUTCH WINE have topped off a momentous year with the release of their EP ‘As The Sun’.

The band have been drip-feeding us songs throughout 2022 – namely ‘Only One’, ‘Object of Desire’ and ‘April – and have reinforced their reputation as a live force to be reckoned with thanks to stand-out shows at Tenement Trail, King Tuts, The Great Western and more. The band launch the EP with an eagerly anticipated headline show at Stereo on 10th December.

‘As The Sun’ is undoubtedly the band’s biggest statement to date. Coming in at six songs in length, it was recorded over the course of a month in three separate locations; a remote bothy 20 miles outside of Inverness, a converted storage room turned practice space, and their drummer’s childhood home.

And staying true to their DIY roots, there’s a raw quality to the recordings that effectively captures the urgent, dynamic nature of their live shows. Drawing inspiration from the likes of Pixies, DIIV, Interpol and more, it’s their ability to balance light and dark that really shines through – moody, ruminative soundscapes oscillate into surging choruses and searing guitar parts with ease, and it’s all tied together by Calvin Smith’s reflective lyrics and brooding vocals.

Speaking of the EP, he says ““It’s an open and honest entry from us as people and as a band. We always strive to work in a manner that allows us to have no limits and try every idea that we have.”

Touching on the themes and lyrics of the EP, he says “I try to just let my mind wander when I’m writing and not be afraid of what the result is. All the lyrics are reflections of encounters and experiences I’ve had and deal with guilt, hope, love and all sorts.”

Renowned for their high-energy live shows, catch the band when they headline Stereo on 10th December, with support from Tina Sandwich.