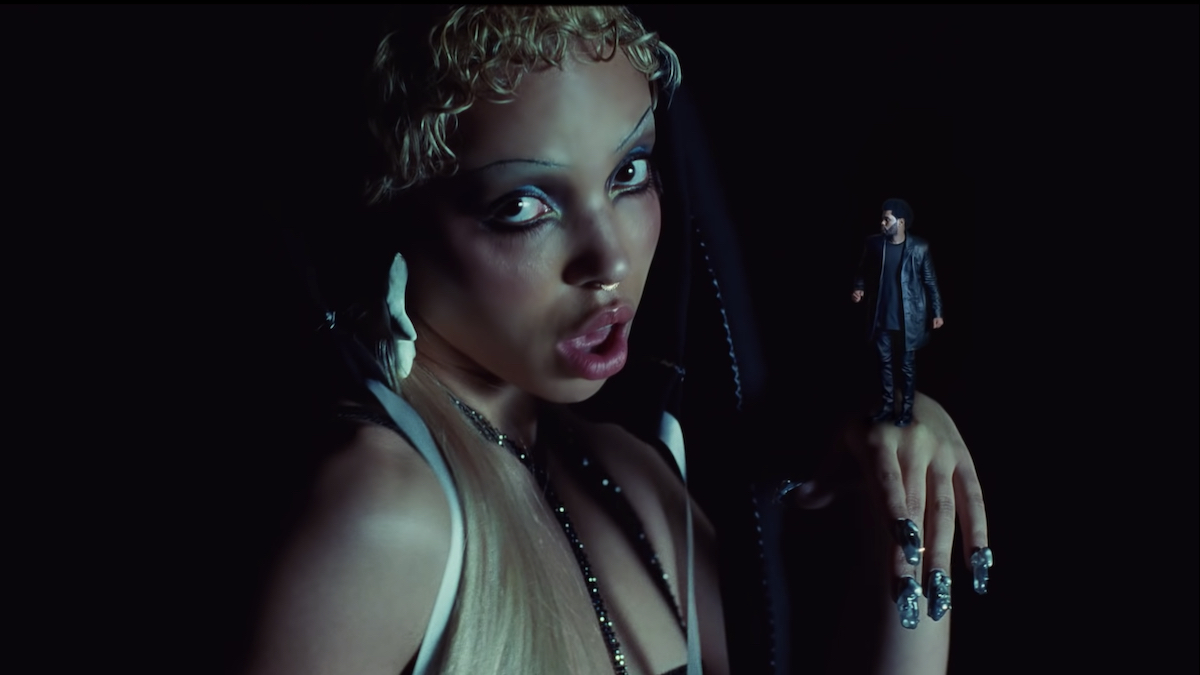 FKA twigs and The Weeknd have linked up for a new single called ‘Tears In The Club’.

Marking her first release since joining Warner Music, the track lives up to its name – pairing booming dancefloor beats and atmospheric synths with angsty lyrics. Clocking in at a little over three minutes, it finds the pair traversing the tricky aftermath of a finished relationship and the pain and memories that come along with it.

Last year, FKA twigs said she made an entire album during quarantine with El Guincho, but it has yet to be released.

Listen to new track below.