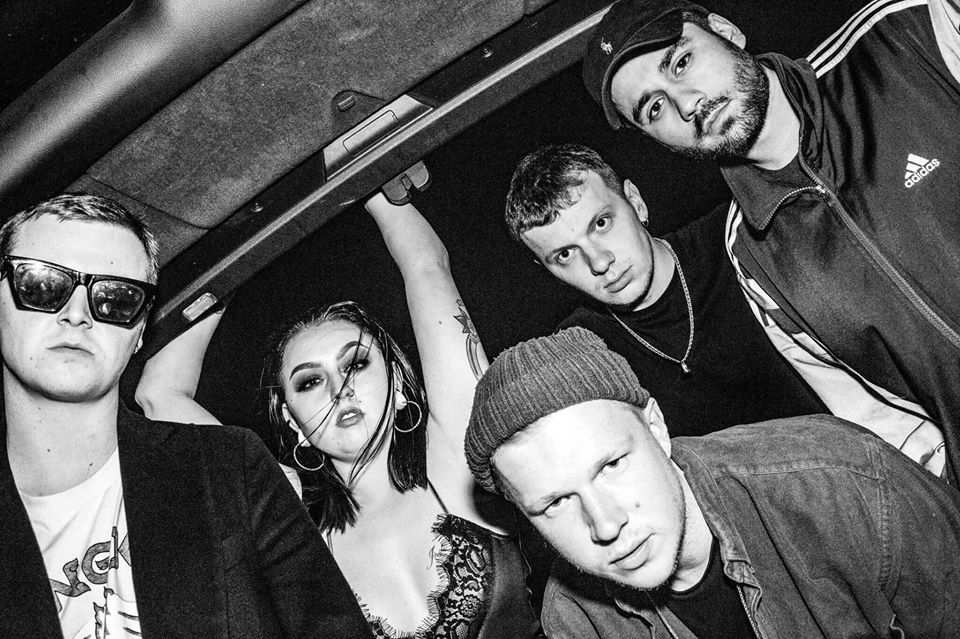 FOLLOWING the release of their debut EP back in April, FRANKY’S EVIL PARTY have returned with their latest single, ‘Morpha’.

Having built a reputation for a larger than life, eccentrically dark sound, their latest release is no different. However, unlike many acts, their eccentricity comes from minimalism and an in-your-face attitude, rather than any over-complication of music.

“Musically speaking, Morpha creates an atmosphere. Like sticky slow burning oil it coats everything it touches, making you uncomfortable in your own skin. We wanted the slow sticky sections of the track to be broken up by grand melodic passages that raise you out of the shit, just to then slam you face first back into it. It’s slow, brooding and it envelopes everything in its way. The sensation of what you really want. To feel that pulse in your hands. To just watch it slip away right before your eyes. Your most hated enemy to crumble under your might. A feeling that many would not dare to think about but we all secretly crave. This is the song that plays the sound track to your ultimate fetish. Your forbidden fruit. ”

The tone of this song is set from the first thunderous drum sound which echoes in an eery approach as if the narrator is trudging down a dark and empty corridor. This harsh intention continues to grow as the first verse is spat out ferociously. Speaking of the track, the band said “The ferocity in this track, and the ferocity of most of our tracks, comes as a declaration of war. We will not sit idle in this volatile world. The time is now to rise up and take back our art, music and community from the greedy pigs at the top. We will not be another cog in the propaganda machine that holds our perceived world together. We want to tear these barriers down and project ecstasy through music. We want you to dance, sing and express yourself the only way you know how, that is our only condition.  And or those who stand against us there will be no compromise, no mercy, no surrender. The only answer is war and war is ferocious.”