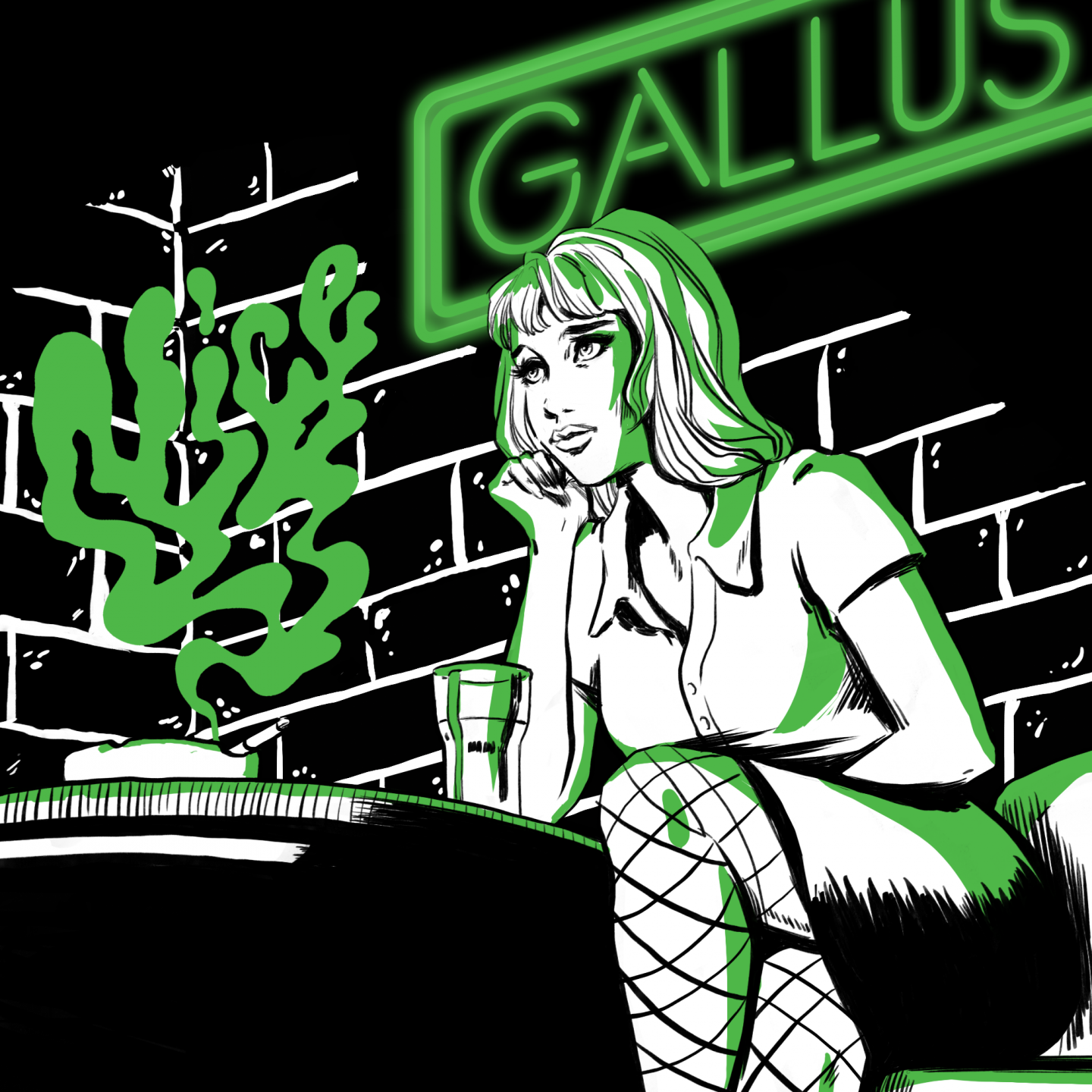 WITH each passing week, the localised catalogue of bonafide rock ‘n’ roll stompers that Glasgow has to offer expands and this seven day period has seen a particularly striking offering arrive in the form of Gallus’ debut single.  Set to be ceromonially marked with a launch show at Broadcast, TTV are very happy to bring you the brazen and undiluted sound of ‘Nice.’

A rollicking and boisterous ode to the reckless abandon that serves as a calling card of youth, their first fully fledged release sees the band intertwine the dissonance of murky post punk purveyors such as Eagulls and Protomartyr with the whip-smart charm that gave the mid-2000’s indie boom such vitality. Neither a glorification or condemnation of the lifestyle that so many burgeoning creatives find themselves ensnared by,  ‘Nice’ is the turbulent sound of a band that is well aware of its pitfalls  and could do without the sanctimonous lectures from a society that perpetuates the need for substance-fuelled escapism. Produced by the now omnipresent team of Chris Marshall and Johnny Madden, Gallus’ opening volley is brimming with tenacity and a vehement desire to assert themselves among the persistently growing pack.