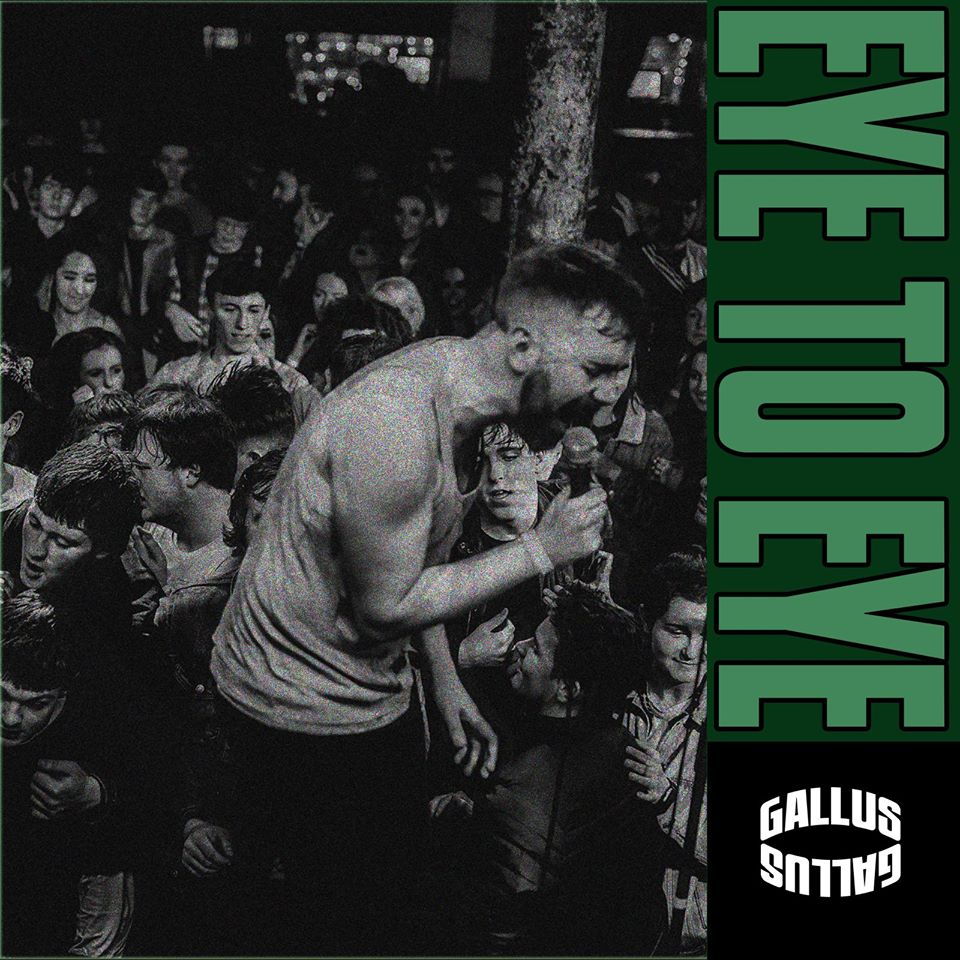 PASSIONATE. Raw. Relentless. Just a few words that can be used to describe Glasgow’s Gallus,  a band who have become so incredibly well-versed in the art of crafting blistering punk-fuelled indie-rock that every new release is met with near-immediate approval from their increasingly fervent fanbase.

Whether showing off their whimsical side or delving into broader societal issues, the band’s credo has always been one of taking no prisoners and laying waste to any expectations placed upon them and they have triumphed once again with the release of one of their most ferocious tracks to date in ‘Eye To Eye’.

Never a band to hold back, ‘Eye To Eye’ is particularly striking in its immediacy. Led by the guttural, pugnacious roar of Barry Dolan, the five-piece take aim at the increasingly polarised world we live in, where the selfish needs of the few often outweigh the needs of the many; where stark injustices are felt on a daily basis.

Guitarist Eamon Ewins tells us “The song was written coming up for a year ago. Barry and I sat down to write the lyrics about how polarised society was becoming in the run up to the General Election, but then as we got closer to lockdown we saw how the pandemic was polarising people even further. We’ve seen all the various injustices that have all been exacerbated by the current crisis. The complete and utter failure of people to work towards common interests and goals when power or money is at stake. That’s why we chose to put a wee half verse in that explicitly acknowledged the pandemic.”

“We first demoed the song with our pal Blair Crichton of Dead Pony, and he brought a lot of cool ideas that ended up on the final cut we recorded at 7 West with Johnny Madden and Chris Marshall. It was initially recorded in November 2019 but it hadn’t been performed live at that point so we went back in to finesse it in mid March after we properly got a feel for the song in front of an audience. We’re really lucky to have a lot of talented people outside the core 5 members of the band work with us. There’s nothing wrong with cooperating and collaborating as nothing exists in true isolation, which at the heart of it is what the song is about”

Recorded at 7 West, the track opens with a sharp and sinister circular riff before frontman Dolan takes off in typically imposing fashion, “I wanna be the one that fits in with the rest” he roars over galloping drums and a foreboding bassline. Such is their penchant for deviation, it’s a track littered with playful moments – the vocal ‘woos’, the searing dual guitar parts, the deep growls, the chanting choruses and climactic bridge section all throw some weight behind Barry Dolan’s commanding performance. “The virus is spreading, it comes out at night, waits till you’re sleeping and bites” he maniacally roars in one of his most prescient lyrics.

Ferociously incisive yet brilliantly addictive in its review of the current climate,  Gallus are back and in fine form on ‘Eye To Eye’. Check it out below.