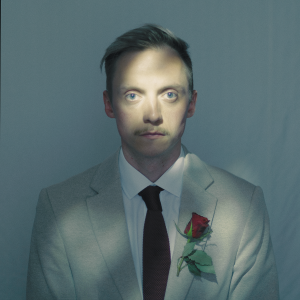 It follows his last record ‘Heavy Elevator’ which marked a significant breakthrough for the artist, gaining widespread acclaim and significant airplay across BBCC 6Music, as well as a place on the SAY Award shortlist.

The new album is said to be the mature counterpart, taking in an even wider mix of sounds and styles than its predecessor.

Having already heard the title track and ‘Think of Us Kissing’, Hawk has shared a new single called ‘Money’. Idiosyncratic yet melodic, it’s another brilliantly tongue-in-cheek slice of post-pop.

He explains: “Who buys a jacket from a gunmaker? That is the question. Money is a polemical song, and it’s me at my most cynical. It’s a list of cheap shots and petty grievances I had banging around my head at the time of writing. Small talk, rat races and lengthy weddings all come under fire. It’s really no surprise that it turns out I’m the stick in the mud. What’s more, I’m interminably short on cash.”