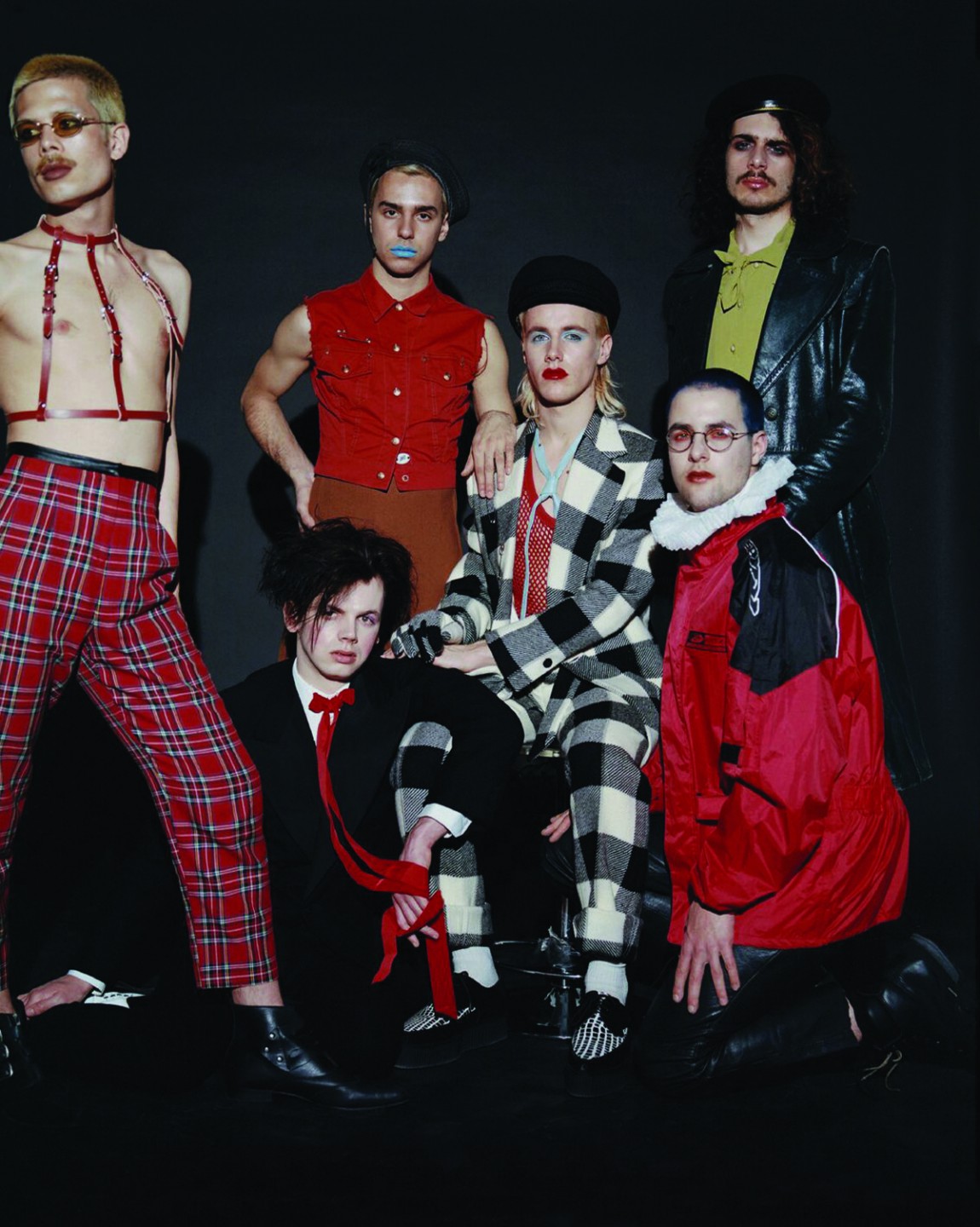 HMLTD made a thrilling first impression at last week’s Stag And Dagger when they performed in the late-night slot at Glasgow’s Art School. Hailing from the UK, Greece and France, the multi-national six-piece come armed with an ambiguous post-punk/glam-rock sound that ranges from deranged to seductively ambient to utterly visceral.

Widely regarded as one of the most exciting and subversive acts to emerge from the UK music scene, the band are ready to build on the surrounding buzz with the release of a new track and video called ‘Music!’. Billed as the flip-side to latest single ‘To The Door’, this new offering demonstrates an eclectic amalgamation of influences alongside a strong penchant for experimentation; the result being a dark sinister and bizarre track which drives forward with strutting rhythms and flourishes of visceral electronics.

The accompanying video fits in with the track perfectly. Over glam stomps and killer grooves, the theatrically shrill lead vocal seizes your attention as you are led on a strange journey through mirrored rooms and bodily tunnels; it makes for a bizarrely compelling attack on the senses.

Check it out below: