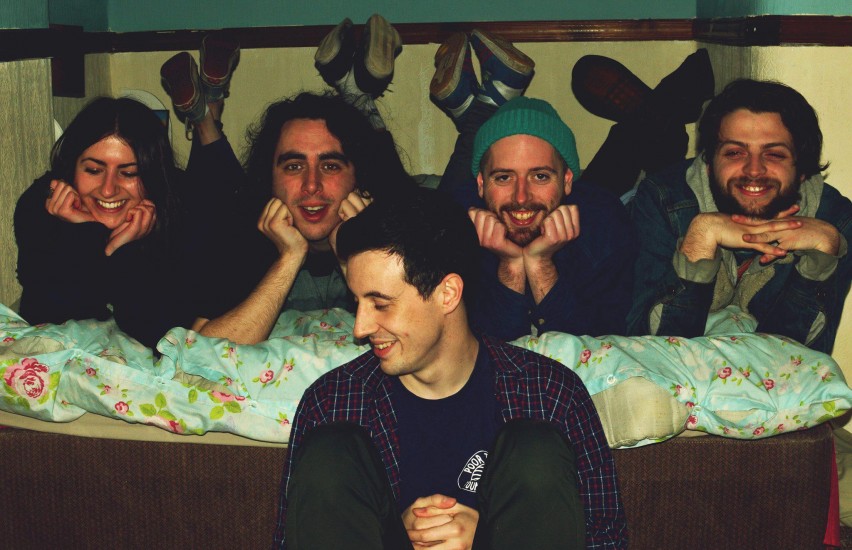 AN outfit who have continued to go from strength to strength throughout 2016, it surely won’t be long before more and more people become acquainted with the delectable sounds of Glasgow-based five-piece Home$lice. Having released their debut mixtape Citizen Kane 2 earlier this year, the band have managed to capture many hearts and minds throughout the city’s music scene in a relatively short space of time; thanks to their delightfully warm and refreshing fuzz-pop compositions.

With their eyes set firmly on an even bigger 2017, the band have rounded this year off with the release of a brand new video for another pop gem by the name of ‘Out Of Sight’. Transporting you to sunnier climes with its bright guitar lines and vibrant melodies, it is a youthful burst of hazy guitar pop which indicates a bright future for the outfit. The accompanying video fits in with the band’s garage-influenced DIY aesthetic; seeing them lark about against the charming backdrop of the song.

With a growing reputation around the live music scene in Glasgow, Home$lice are said to be preparing for the release of their debut EP next February.

Andy Oliveri and the Mountaineers 'Where The Wild Flowers Grow Fondly'