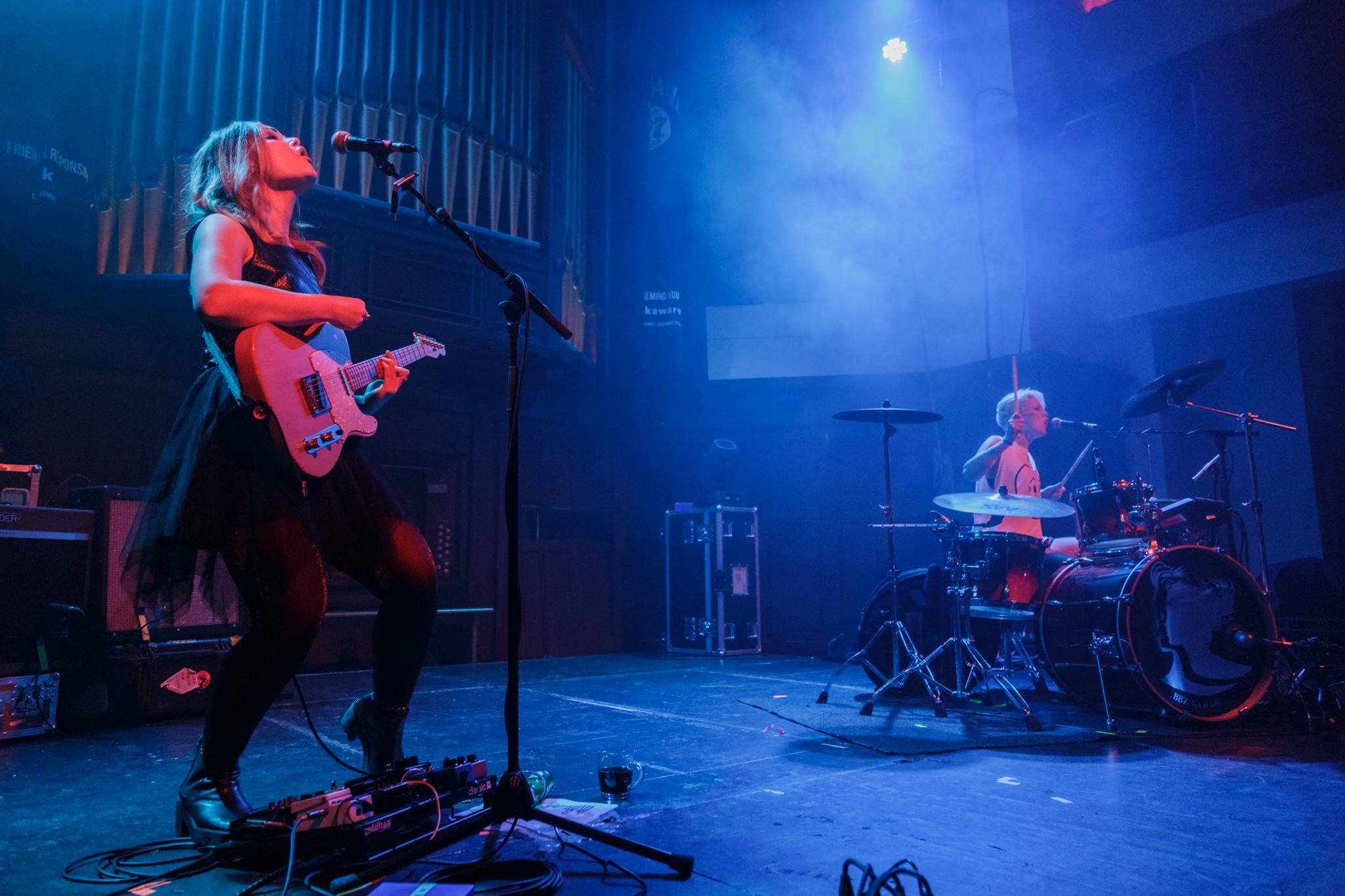 ALTHOUGH they may have already established themselves as one of Scotland’s most consistently impressive groups, Honeyblood’s sophomore LP Babes Never Die well and truly cemented this hard-earned reputation.

Filled with songs that were at once forlorn, triumphant and introspective, the album has pushed them into the stratosphere and ensured that the appetite for new music from the group is a long way from satiated.

In lieu of a brand new track or fresh release on the horizon, the Scottish duo have ensured that fans aren’t left out in the cold with the brand new video for ‘Walking At Midnight.’

One of the album’s most uproarious and immediate tracks that brims with unmitigated confidence, the accompanying visuals take us into the depths of a cabaret club that resembles the progeny of a Stephen King and David Lynch collaboration.

Featuring a hypnotic performance from the venue’s star attraction, the performer in question resembles a Hindu deity and leaves everyone in attendance utterly entranced before things abruptly take a turn for the worst.

Watch the video now below: