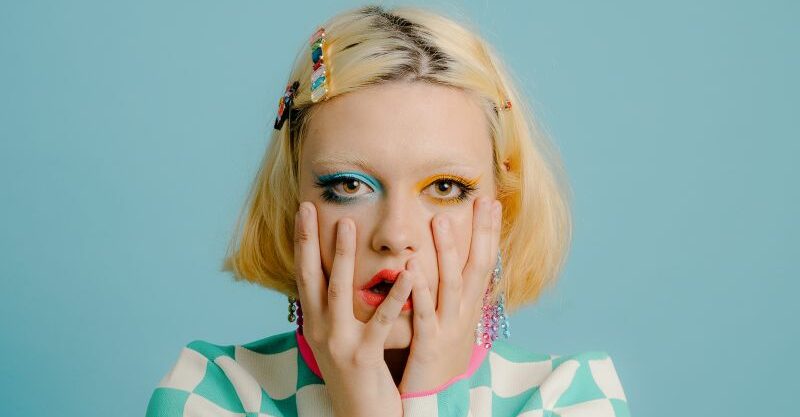 It’s her first release since sharing her debut EP earlier this year – an accomplished collection that blended vibrant pop melodies with a storytelling flair.

Kynsy is now shifting things up a gear – returning with a synth-drenched bop about having a terrible boss. Deftly picking apart their less than favourable character traits, the singer paints the picture over glitzy, shimmering pop sounds and big choruses.

She says “It’s a song about money and working and having one of those horrible bosses who tells you he’s trying to be ‘the nice guy’ while he goes through you outside on the street. It’s mostly based on an encounter I had in a waitressing job. I suppose there is a message in there about the power of empathy and kindness in how you deal with people.”

“The video echoes a lot of the themes in the song just pushed to an extreme level. Working with Dave and Conor we created a surreal world that’s really colourful but eerie at the same time. The master [me!] is on a constant power trip and forces her minions to endure some pretty awful treatment for her own gratification. To honour the positive message in the song we get to see how treating people like this will come back to bite you one way or another.”