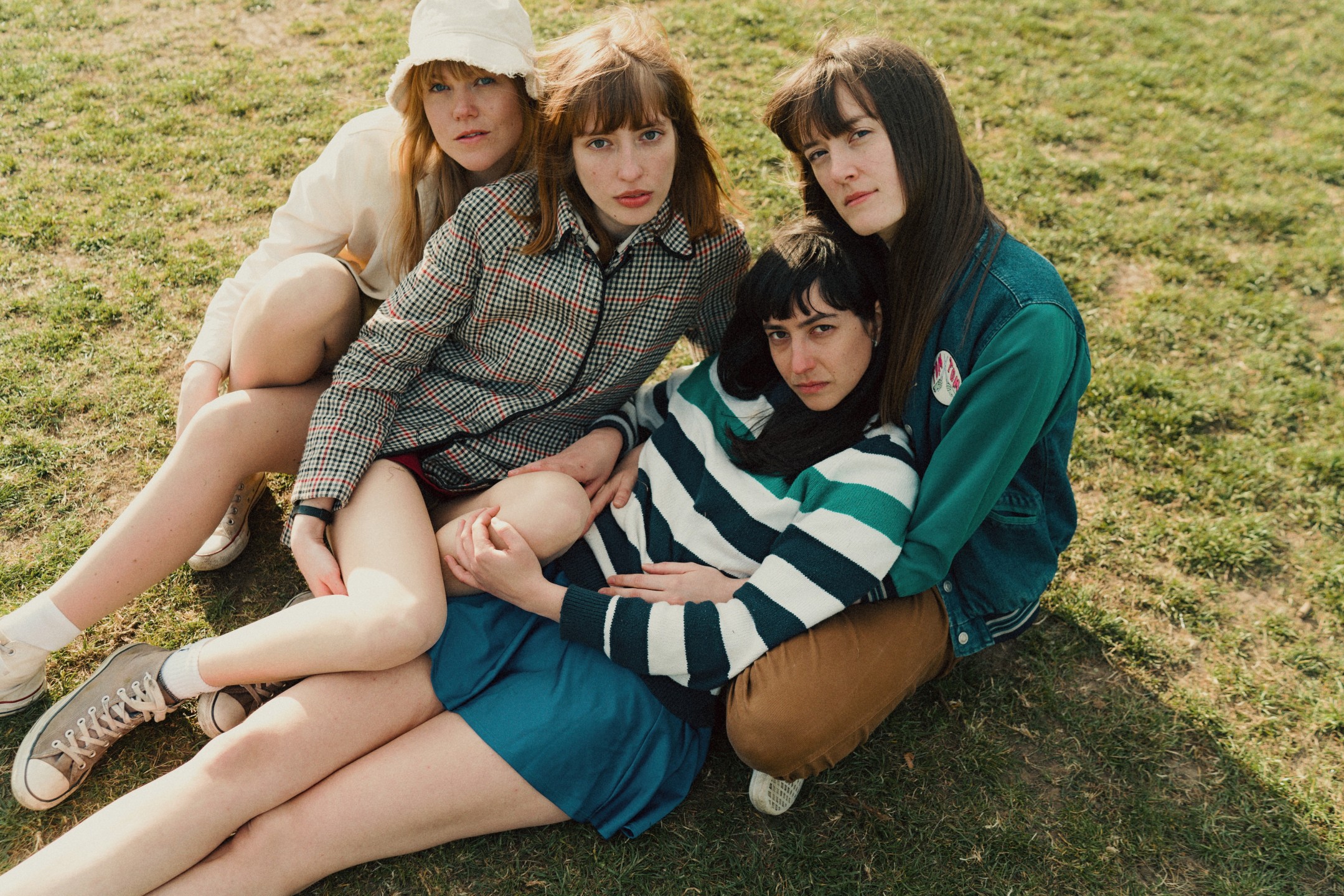 LOS BITCHOS are kicking the year off with their joyous new single ‘Pistas (Fresh Start)’.

Converging from Uruguay, Australia, Sweden and England, the band fuse garage pop with South American cumbia rhythms to create a sound that is entirely of their own devising.

Known for their fervent live shows, they’ve laid all this energy down on their debut album ‘Let The Festivities Begin!’ which was produced by none other than Alex Kapranos.

And now we’re being treated to one of its many triumphs – ‘Pista (Great Start)’. A heady mix of their Latin American roots, psychedelic party vibes, neat guitar lines and celebratory woops and trills – it’s a raw recording that feels like a desert-like escape.

The band say “We are so excited to put out this track. Some people may recognise it and we hope you enjoy the sassy makeover we gave it for the album. The video transports you to our life in witness protection following our game show/court room victory – the good life and new beginnings. Things aren’t quite what they seem though… We had so much fun shooting this video and didn’t want to leave our cosy, wholesome nest! Thank you to Dario Argento and Are you afraid of the dark? for inspiring the final instalment of this trilogy.”

Fontaines D.C. 'Jackie Down The Line'