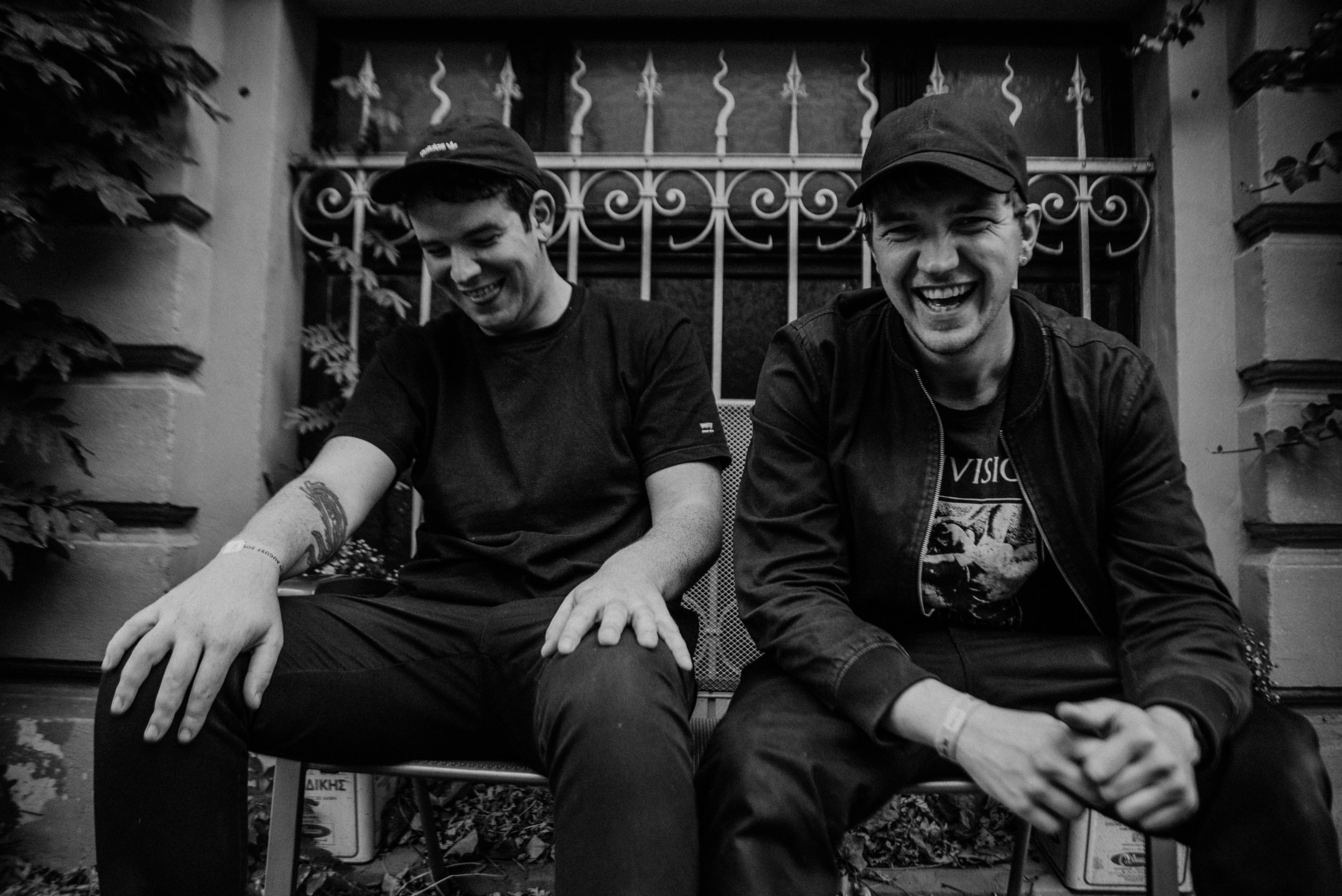 IN the same day that they unveiled a support slot with the returning Doves, Man Of Moon reassert their own vitality with brand new track ‘Skin.’

After years of toil in the studio and biding their time to hone their sound, the Edinburgh duo have re-emerged multidimensional and more visceral than ever. Mere weeks since they ushered in their return with ‘Ride The Waves’, Chris Bainbridge and Mikey Reid have wasted little time in depicting just how far they’ve came since their self-imposed intermission from the spotlight.

Bred from equal parts slinking sonic depravity of the ilk that would make Suicide’s Alan Vega or Trent Reznor take notice and the intersection between post-punk and dance music that made superstars of James Murphy’s LCD Soundsystem, ‘Skin’ is anything but a passive listen. Ominous and cloaked in a lingering sense of menace, Bainbridge’s  emotionless tone on its mantra-like chorus and the steady build of its layered synths and rhythms gives the track a  ritualistic ambience that beckons you in further and further as the track progresses. A diametric shift from “Ride The Wave”, their genre-bending audaciousness, songwriting chops and reluctance to be pigeonholed into the boundaries they’d once existed in is a trifecta that makes the prospect of their new EP a very enticing one to say the very least.

With Chemicals on the horizon, check out the track now via NME and get the info on their forthcoming tour dates below: