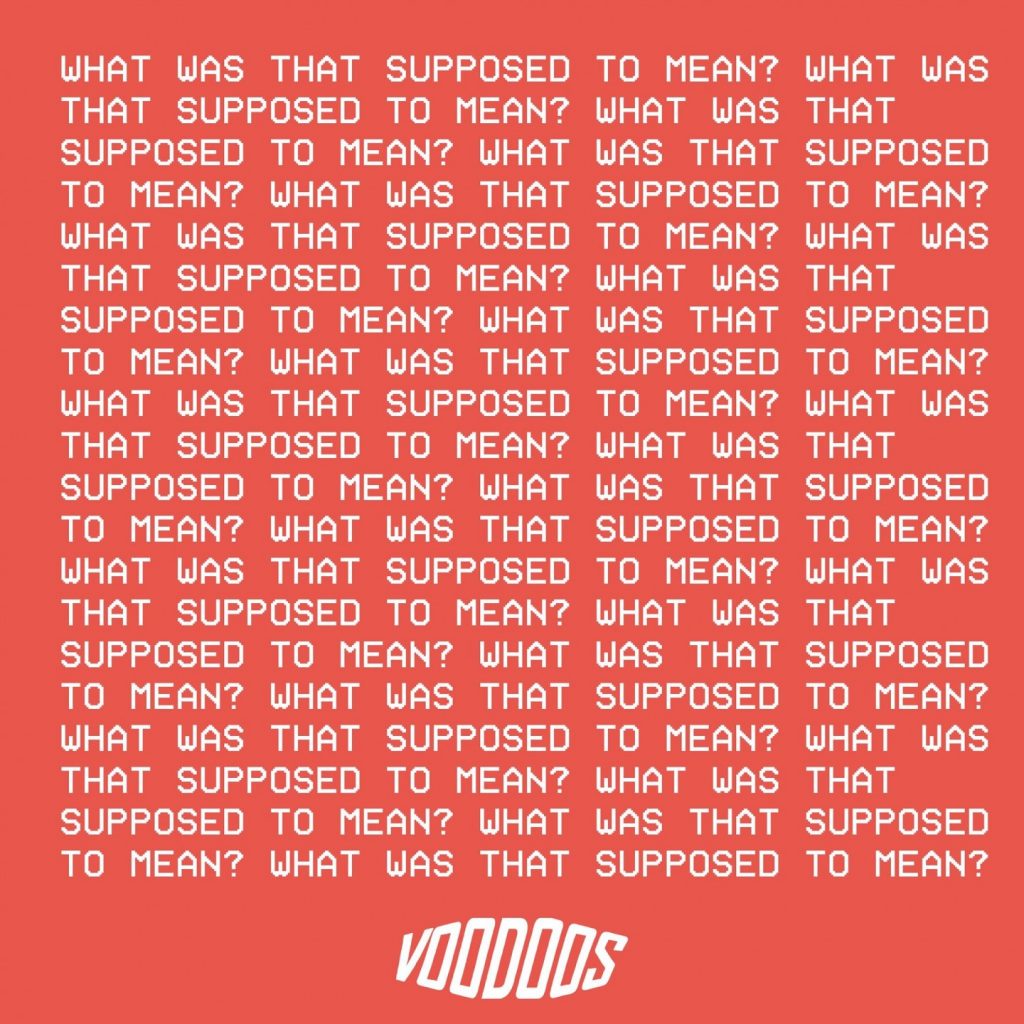 SINCE summer 2019, Voodoos have led Scotland’s guitar music scene from the front. And now in summer 2020, they have all but solidified that position with the release of their second EP, ‘What Was That Supposed To Mean?’

This marks the fourth release for the band since April. Until now they have tantalised fans by dropping a song every four weeks. Today sees the release of the final song of the four track EP, ‘Party’s Over’.

Voodoos’ recent success is due in large part to their unparalleled ability to write songs laden with hooks; every track is as anthemic as it is catchy. Stand-out elements include the singing of frontman Piero Marcucilli as they take full advantage of his range and ability to deliver some highly memorable melodies. There are also subtle and interesting guitar parts throughout that give the songs extra mileage and keep them interesting after multiple listens.

On the surface this EP is four well-written, catchy songs, but listeners will be rewarded for taking a closer look at the multitude of interesting layers that combine to make these songs as good as they are. The release of ‘What Was That Supposed To Mean?’ is a definitive moment for Voodoos as they appear to have settled on a sound that is uniquely their own; this EP is indicative of a band that is fully realising its potential.

Next week they would have been playing Glasgow’s TRNSMT festival. It’s easy to imagine these songs soundtracking a day with your pals in a sun-beaten Glasgow Green. We’re fortunate enough to have them on the bill for next year so we can only hope that by then there are at least four more massive new tracks for us to be singing along to.

‘What Was That Supposed to Mean?’ is available on all major streaming platforms and on vinyl.