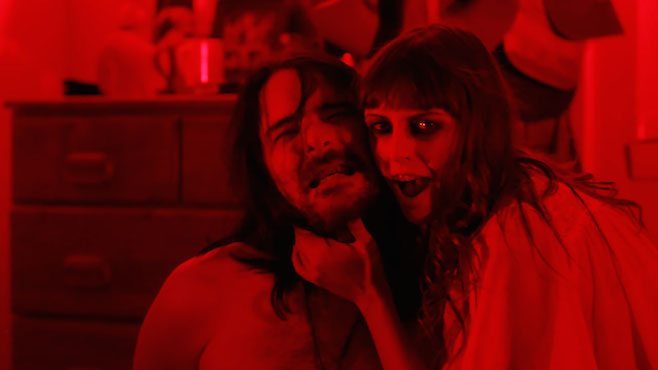 THE BAND: Nightmare Boy is the solo project of former Kassidy frontman Barrie-James O’Niell. The Glasgow singer songwriter took to his Facebook to announce the release of this new track explaining: “It’s about a girl from Glasgow.”

THE SOUND: ‘Chivalry Is Alive and Well and Living in Glasgow’ has a strong guitar hook driving the track, almost overwhelming the sound at times. Nightmare Boy’s style draws American influences- perhaps from his recent move to LA, with hints of 90’s Placebo trickling into the riffs and vocals. It’s not far from the work with his last band Kassidy either though, with a catchy lyric cementing the sound.

THE VIDEO: The red lighted video features Barry and a teasing lady dancing around him in a bedroom whilst he’s tied to a chair. The video was directed by Joe Rubalcaba and stars Holly Marilyn Solem of the TV show ‘Hand of God’.

THE LOWDOWN: Nightmare Boy’s new record is due out later this year. Its co-produced by Rob Schnapf and Jim Abbiss and features a duet with his former girlfriend Lana Del Rey on a track called ‘Riverside’.

The Prodigy 'The Day Is My Enemy'