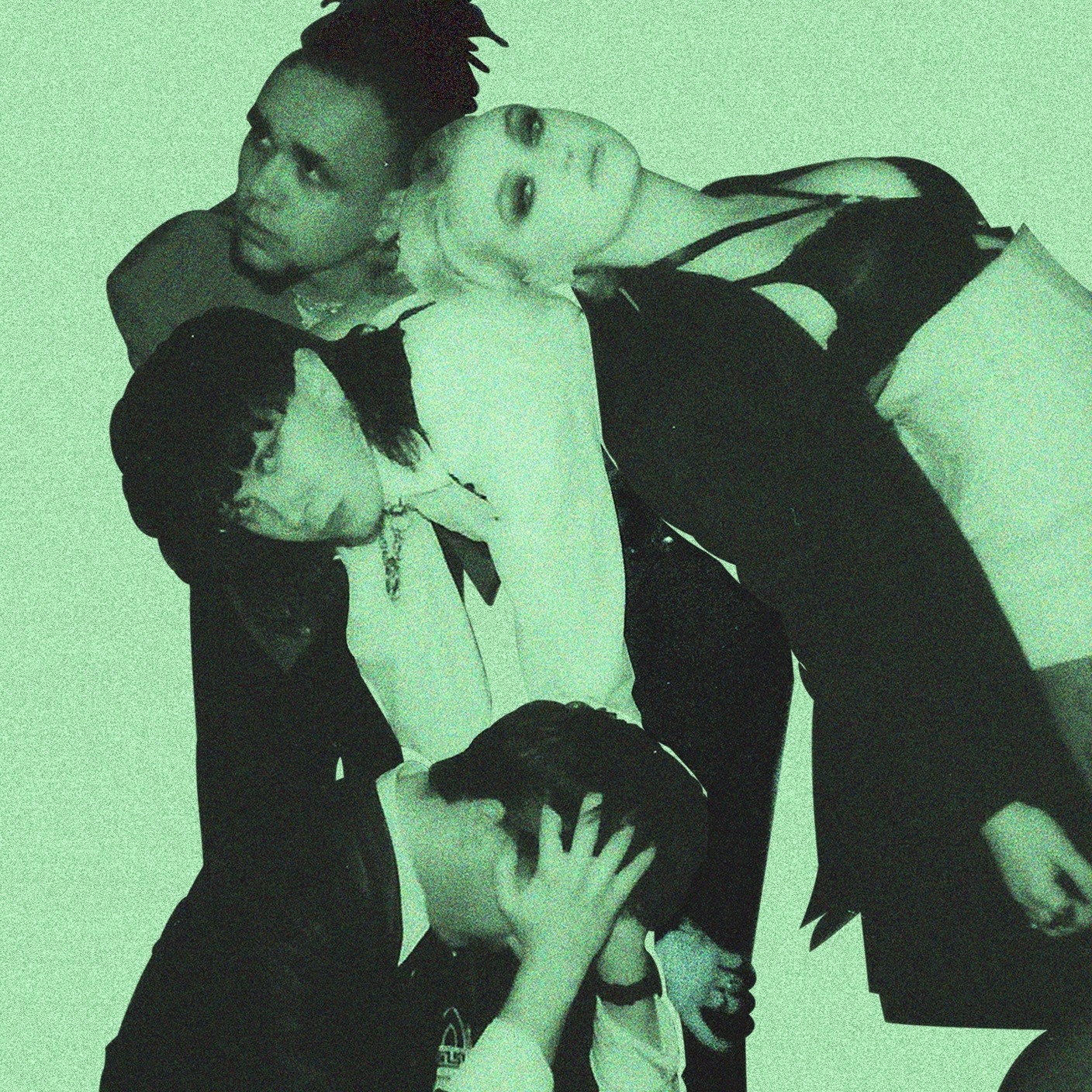 FOLLOWING the success of their two-part debut album ‘Infancy’ last year, The Ninth Wave have wasted little time in returning with new material, today unveiling a six-track EP titled ‘Happy Days!’. Teaming up with Faris Badwan of The Horrors, who produces four out of the six tracks on the EP, proves to be a stroke of genius with the indie king of goth lending their shimmering electro-pop an even darker edge, resulting in some of their most raw, daring and revealing material to date.

Striking in its minimalism but never lacking in complexity, ‘Happy Days!’ is just as intoxicating and alluring as their full-length debut but this time, they delve even further into the abyss. While ‘Infancy’ shimmers and cascades, ‘Happy Days’ grinds and scythes in real darkness, rooting itself in uncompromising honesty and raw vulnerability. Recorded in Black Bay Studio in the Outer Hebrides, the stark surrounding landscape inevitably bleeds into the collection – sparse, mechanical soundscapes often providing the foundations for moments of intense self-reflection on tracks that are given brutally incisive titles such as ‘I’m Only Going To Hurt You’, ‘There Is Nothing I Hate More Than Small Talk’ and ‘Abattoir’.

Opening track ‘And The Weight’ instils this melancholic mood from the offset while ‘I’m Only Going To Hurt You’ sees Haydn Park-Patterson’s bleak lyrics paired with his dark and distressed vocal performance as he reflects on a relationship that was doomed from the outset. Juxtaposed by a brighter production of pulsating synths, twitching, industrial beats, its climactic ascension hits its peak on the absolute earworm of a chorus.

‘Abattoir’ allows Millie and Hayden’s painfully bare vocals to weave in and out of one another while ‘There Is Nothing I Hate More Than Small Talk’ is easily one of the most compelling tracks the band have ever laid their hands on. Punctuated by increasingly fervent percussive experimentation, Millie Kidd takes the lead once again on this gripping exploration of mental health and masculinity – her gentle vocals nearly exploding with raw emotion as the track reaches its conclusion.

Continuing to defy boundaries and push their sound into bold new territories, ‘Happy Days!’ will surely go down as The Ninth Wave’s most invigorating work to date. Listen below.