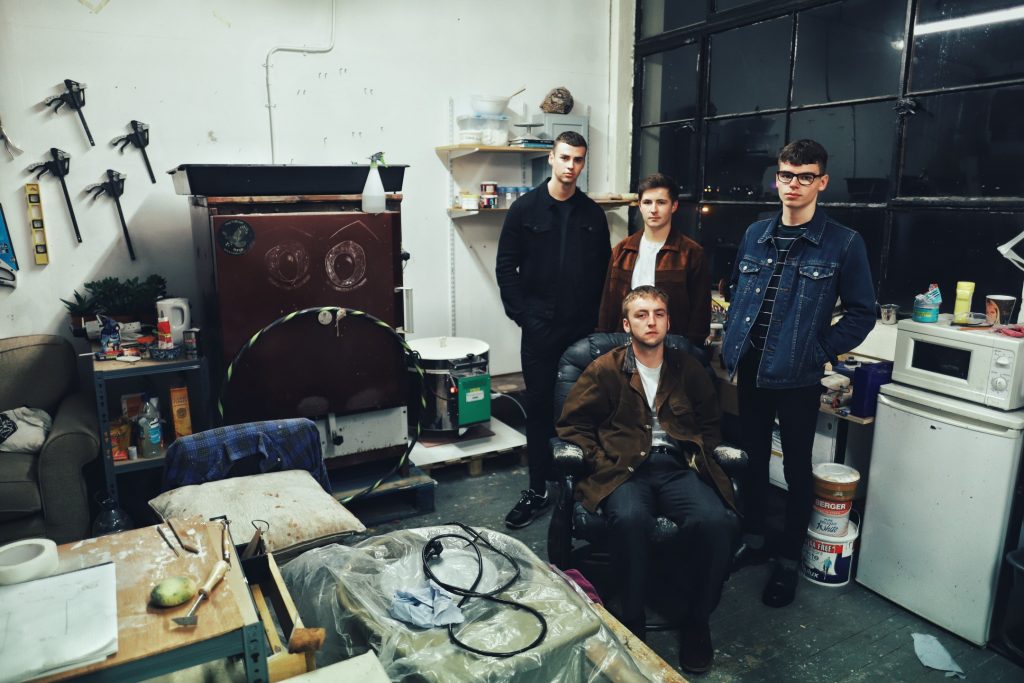 FALKIRK four-piece Pleasure Heads show a different side to their sound with their latest track, from riotous punks to indie ballad masters.

Having built up a loyal following, due to their exciting, sweaty live shows around Glasgow and beyond, Pleasure Heads have become one of the highest regarded bands in Scotland’s flourishing indie-punk scene, being featured by Spotify and racking up over 60,000 streams on their debut single. Their punk-tinged, in-your-face sound is however less prominent on their latest single, ‘Down and Out’, but their sharp songwriting and story telling ability remains as dominant as ever.

With wavy guitars, intricate drumming and almost-crooning vocal style, the track channels the sound of indie and shoegaze kingpins such as Teenage Fanclub or Ride. The lyricism within this track shows the band’s maturity and honesty which extends far beyond their years.

Vocalist Euan Purves says: “The song’s about shitty jobs and homelessness to boil it down. People spend all their time and effort toiling their way down a career path which makes them miserable, acting in bad faith for the sake of making ends meet. And they’re the lucky ones; with a roof over their heads, food in the fridge, and a TV to vegetate to.”

“Far too many spend their days and nights begging and sleeping on the street, relying on the kindness of strangers. Although this sounds pretty bleak, I’m trying to say that you should appreciate the hand you’ve been dealt in life, avoid selling your soul to a meaningless occupation, and help those less fortunate than yourself when you can”

Riding their own wave of impressive live shows and consistently strong releases, Pleasure Heads are undoubtedly one of the most exciting bands in the country and not one to be missed at this year’s Tenement Trail.

‘Down and Out’ is taken from Pleasure Head’s debut EP due for release in November, with an EP launch on Friday 7th of December and tickets are available now.