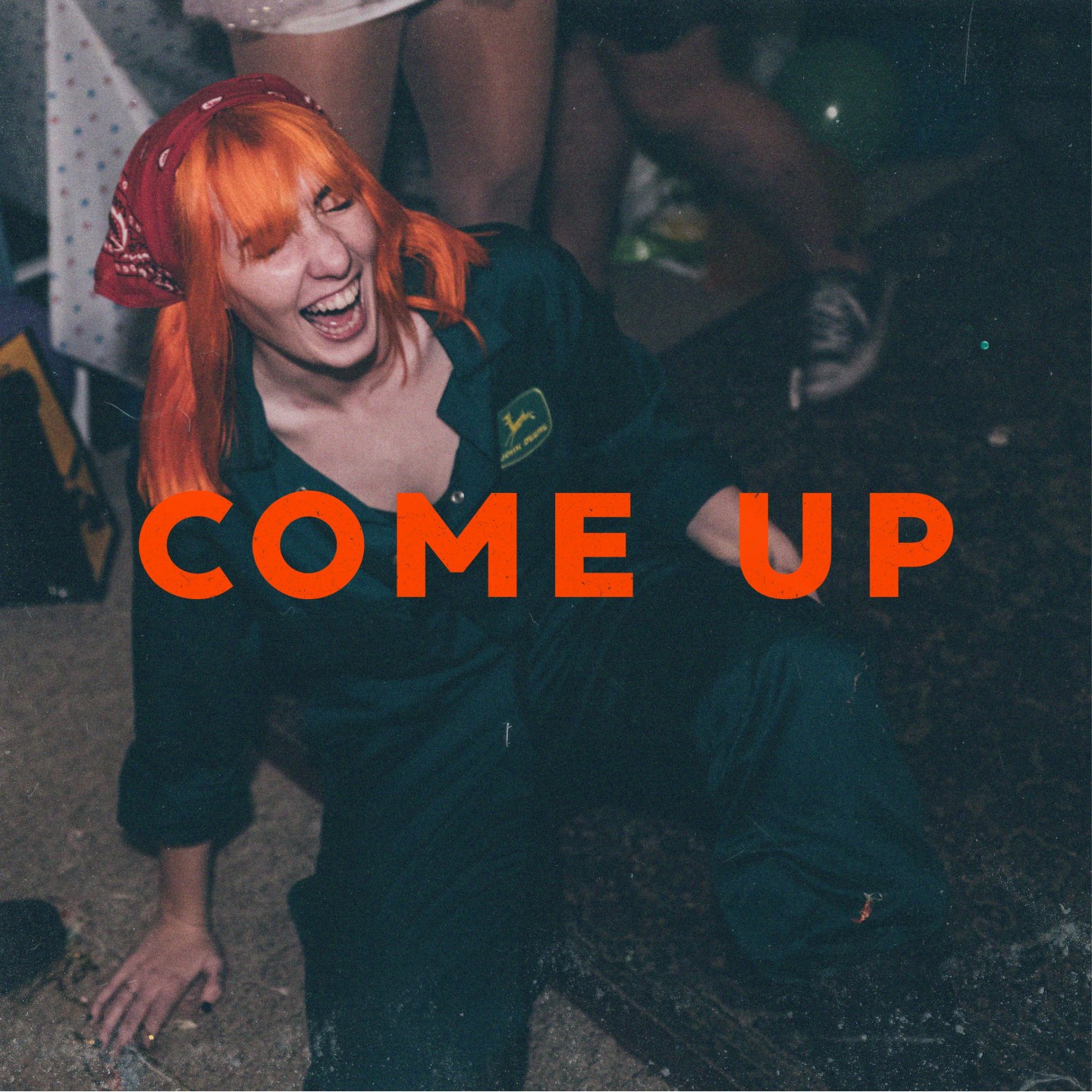 On Wednesday, we introduced you to the burgeoning pop star (here)and spoke to her about her new material, influences and ambitions for the next year as she prepared to unleash her very first piece of music into the world. Now, ‘Come Up’ has arrived and is ready to take over your playlists and party soundtracks.

A track that immediately seized our attention when we first heard it,’Come Up’ is a shimmering, instantly addictive slice of indie-pop that will banish all of your January blues away.  Produced by Callum Wiseman of PRIDES, it bears echoes of the Glasgow duo’s ambitious and anthemic synth-pop sound while also laying claim to the big pop hooks and dirty riffs combo so brilliantly perfected by the likes of MUNA and Clean Cut Kid.

Instantly capturing that all-consuming feeling of hope and euphoria that takes over on a glorious night out with friends with vibrant, infectious melodies, spirited lyrics and huge hooks aplenty, Alice has created a sound that in her own words is “the perfect soundtrack to your weekend antics”.

Earlier this week she told us: “I’d love to give a big meaningful speech about how this song has loads of hidden meaning in the lyrics… but it doesn’t.”

“The song is about life getting on top of you – there’s a time and a place to sort that out, but sometimes the best remedy is to just go out and have a bloody brilliantly fun, drunken, silly, magical night out with your best pals. It’s as simple as that.”

Marking her arrival in colourful fashion, it’s a hugely accomplished opening track from an artist who only began working on her craft at the start of last year.

“Sometimes people forget that making music should be fun” she told us on Wednesday. “I want to make music people can put on when they are getting ready for a night out and these bands do exactly that for me. There’s a real magic in the air when the music is right and you’re surrounded by your pals; a glorious mix of hope, anticipation and longing for the best night ever.”

We can’t wait to see what comes next.

Check it out below, add it to your playlists and play it loud.

Sam Fender 'All Is On My Side'

Neon Waltz 'Thanks for Everything'